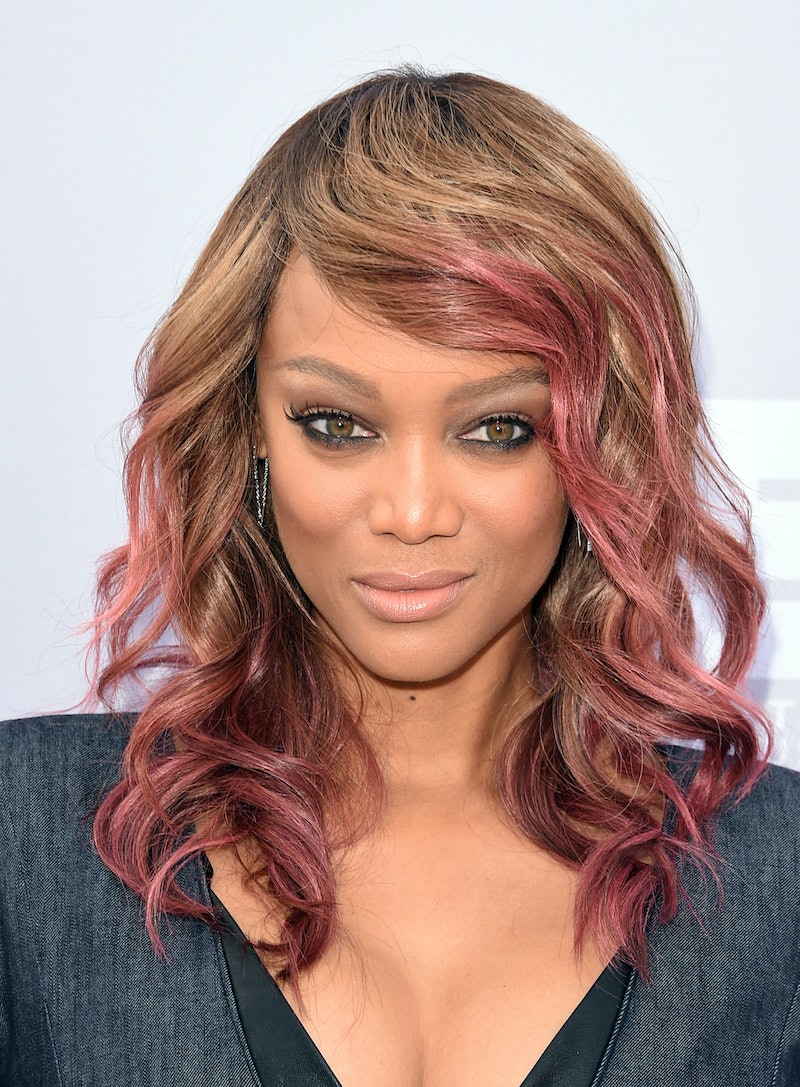 In winter months, it can be especially tempting to skip your shaving routine. These celebrities who don't shave their legs and aren't afraid to show it might just convince you to rock a little fuzz 24/7! Who says no shave November should end after one month?

While not shaving arm pit hair was definitely a craze in 2015 (anyone remember Miley Cyrus dying her armpit hair pink?), skipping on legs seems to be less popular. This makes no sense to me, as I find shaving legs to be a way bigger pain and ordeal than pits.

In fact, I generally don't shave my legs between December through February unless I'm wearing a very specific outfit that will involve a lot of leg. I've even preached all the reasons you should skip shaving in winter right here on Bustle!

If your razor is weighing you down and bumming you out this season, seriously just step away. You'll obviously be in good company if you choose not to shave this winter thanks to all of the body positive celebrities that were willing to be caught in public with less than silky smooth skin. Viva la womanhood and fuzzy body parts!

Actress Mo-Nique bravely revealed her full on fuzz legs at the "Precious" movie premiere and simply declared she was "a hairy woman." Go girl.

A fellow non-shaver, Palmer stood in razor-free solidarity with Mo-Nique after the actress received some media backlash for her legs. Palmer is all about challenging feminine beauty standards, so it makes sense the star would celebrate hairy legs and arms!

Lohan has been spotted more than once strolling through Hollywood with shaggy legs. I don't admire everything the celeb does, but definitely celebrate her for confidently strutting shave-free!

"The Big Bang Theory" star and ardent feminist blogged a thought-provoking question on Kveller when asked about her shaving habits. She asked, "If we never told girls to shave, would they? If we modeled a cultural acceptance of our body hair, would they spontaneously feel the need to remove it weekly, monthly, or daily? If we all wore bathing suits that covered our natural forms instead of the form that only hairless young girls who have not birthed babies can wear, would our girls and boys have a more or less realistic notion of what the human body 'should' look like?" Serious food for thought.

The supermodel told Life & Style, "I don't have to shave my legs. The hair is so faint, you don't even see it." While she wouldn't have to shave her legs even if her hair was darker, I dig the gender norm defying action happening here.

As revealed in The New York Times, the charming and talented vegan hippie was even so bold as to attend a Los Angeles store opening event with beautiful, hairy legs. Rock on!

Dion fearlessly rocked an amazing concert in Tokyo back in 2008 with all kinds of hairy legs. The star received a ridiculous amount of media criticism, but she held her head high. Breaking gender molds can be scary, and I admire Dion for bravely doing so.