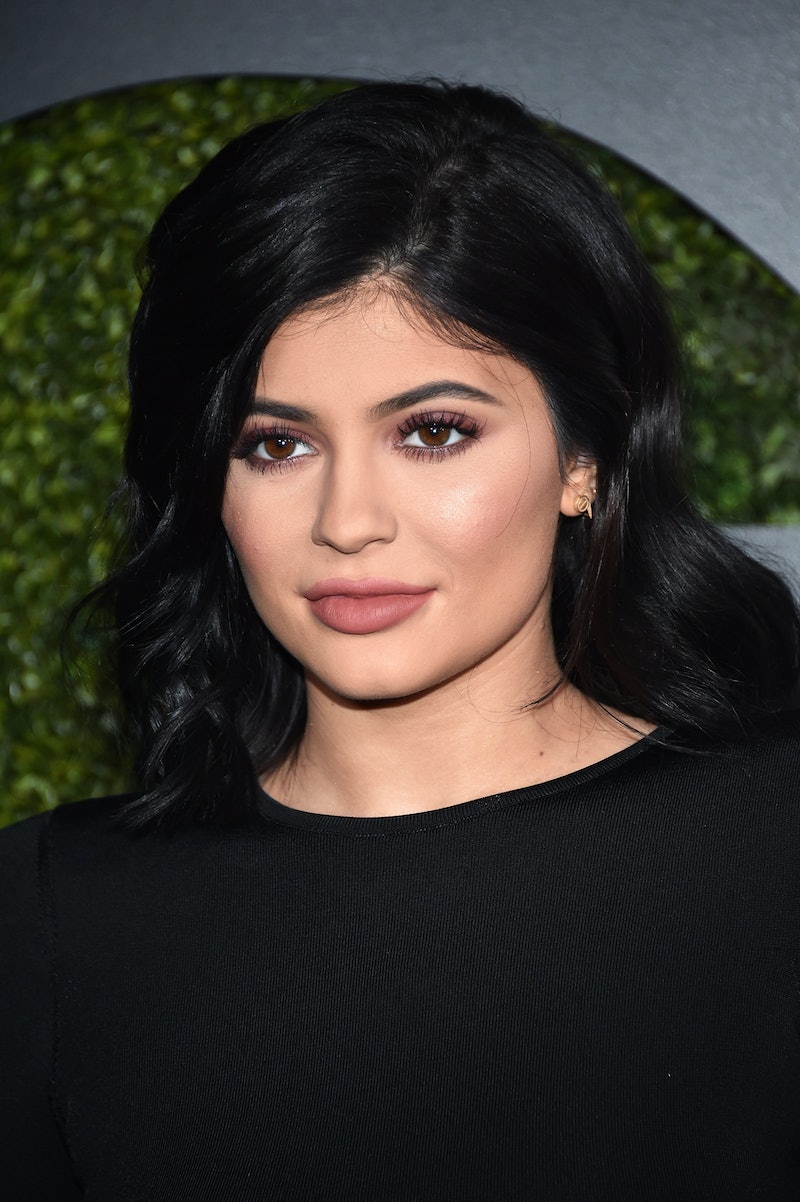 Another day, another thing for people to scrutinize Kylie Jenner about. On Christmas, the youngest Jenner posted a photo of her hand on a steering wheel... wearing a diamond ring. Unsurprisingly, people were quick to assume this was Jenner's way of telling the world she was engaged. Even more unsurprisingly, people were quick to jump on her case. Oh, let the scrutinizing begin. Or should I say, never stop? Because with Jenner and her family, that's pretty much what it feels like: Constant and incessant scrutinizing.

To play devil's advocate, yes, of course I realize that Jenner invites people to have opinions about her life by posting such a photo — and yes of course I realize that her (and her business) continues to flourish with press of both the good and bad variety. But, just imagine for a second what it must feel like to have people examine and inspect every detail of your life, day in, and day out. Setting aside the awful possibility that people are criticizing Jenner on what should be one of the happiest days of her life — if the engagement is real, that is — the constant negativity surrounding what an 18 year old woman does and doesn't do has become trite.

People like to throw around thinly veiled jealousy or vitriol in the form of concern when it comes to Jenner ("She's so young!", for instance). She is young. But guess what else? She's a fully-functioning, adult. And whatever she plans to do in her personal life, shouldn't have us getting this worked up. It's her life, let her live it. If you think 18 is too young to get married, that's fine. You're not the one doing it. And if you think Tyga isn't husband material, that's fine too. You're not dating him, are you?

Jenner has spent half of her life being "famous." Half of her life being unfairly ridiculed, and unlike her elder sisters, she was pretty much born into this lifestyle. A lifestyle that she has to work to maintain. Does she use the occasional click bait post to add fuel to the fire? Probably. But click bait isn't an open invitation to be hurtful for the sake of being hurtful.

In an honest interview with Chris Wallace for Interview magazine, Jenner explained, "I always just try to stay sane and not read comments. It's hard though. You get interested. I'm young and I'm a girl, so, when I post something, I want to see what people are saying or what they think of my photos ... I'm just trying to not lose myself through this process, because I feel like I've already lost parts of me, like, my youth."

I don't have an answer for that, but I'm encouraging us to search for one.