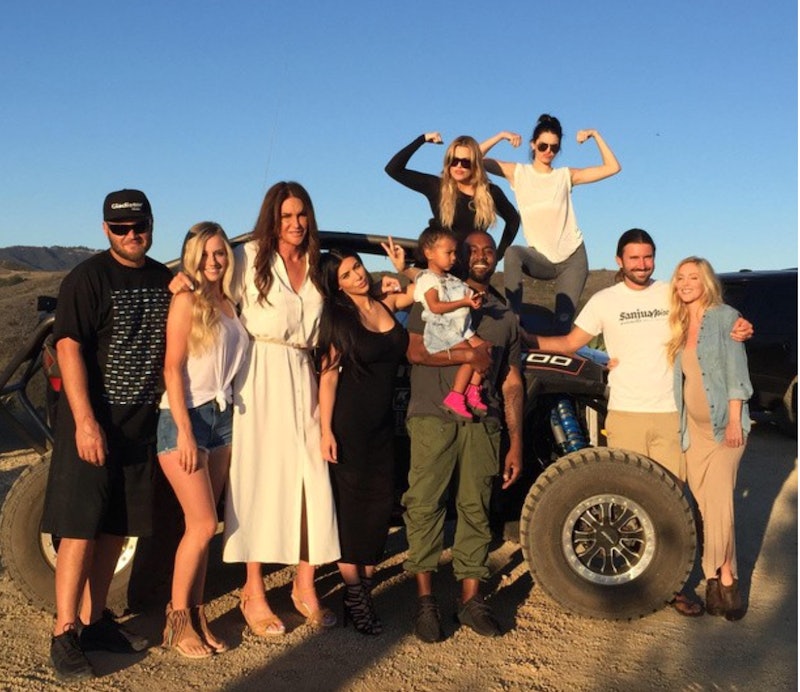 When Kim Kardashian and Kanye West's son Saint West was born, he practically broke the Internet. Soon after his name was announced, Saint trended on Twitter and became the subject of memes galore. Now the famous family continues to grow, since another baby Jenner is on the way. Caitlyn Jenner's eldest son Burt announced that he's having a baby boy with girlfriend Valerie Pitalo. How sweet is that? On Christmas Eve, Burt posted a sonogram photo on Instagram, along with the following caption:

I promised to wait until we had the "all healthy" update , and we got it yesterday... My Lil boy, just chillin... So happy I can't see straight, he can't get here fast enough... Who wants to fab me a stroller with @kingshocks and @gladiatortires like you see at the 1000 every year? #HesSponsoredAndHeDontEvenKnowIt

It's exciting news, especially since he's joining such a huge and loving family. Burt, 37, has been an outspoken supporter Caitlyn Jenner's transition. A few months ago, Burt posted an Instagram defending the I Am Cait star and calling out her haters. Here's an excerpt of the lengthy but awesome caption: "So obviously a lot has changed... But thankfully, for me, the most important stuff didn't."

Because it's too cute not to share, here's Burt's baby announcement:

Since there's an entire show called Keeping Up with the Kardashians , maybe there should also be a series about what's going on with the Jenners. From Brody's radio show to Leah and Brandon's singing career, they're an equally busy family. Since I'm constantly trying to keep track of who's who, I decided to do the world a favor and make a Kardashian-Jenner family tree. Never again will you have to scratch your head and wonder, "Wait, who's married to who?!"

Considering how frequently this family grows, this chart will probably need to be updated before you know it. In the meantime, congrats to Burt and Valerie on the baby news!