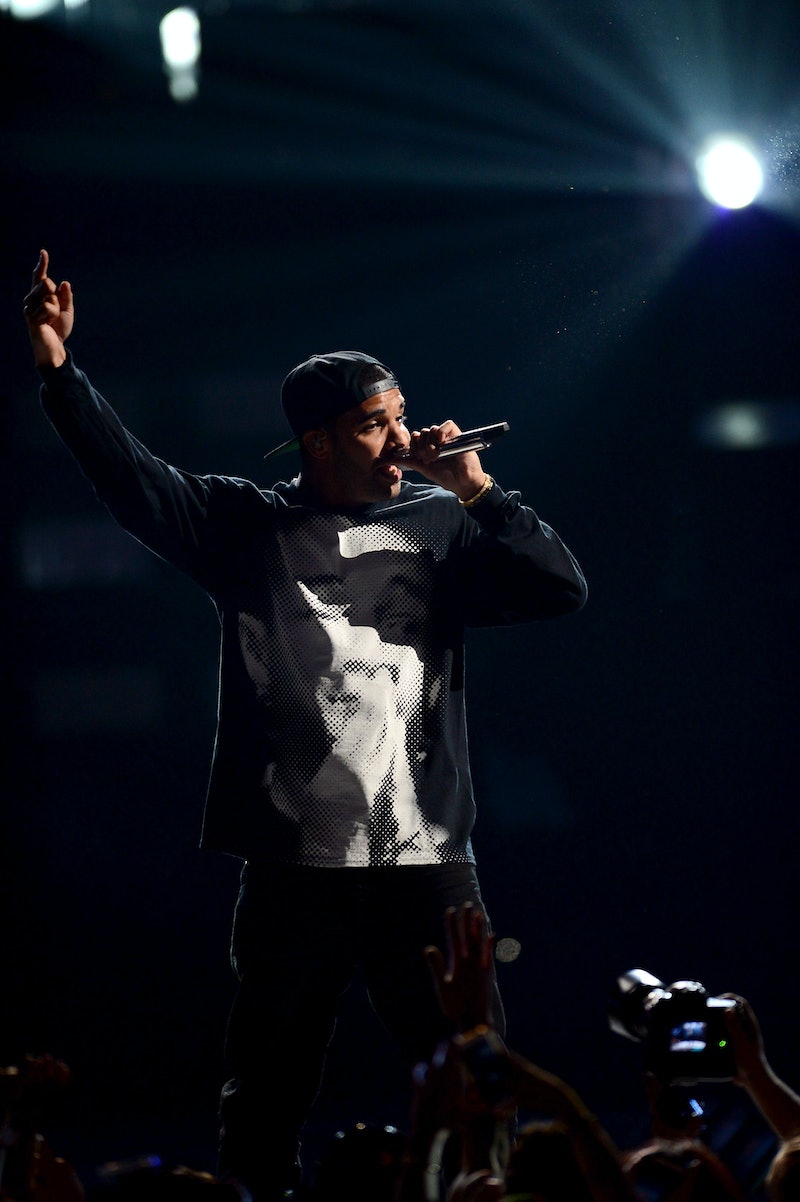 Okay, yes, it's been two days since the keenly watched Drake-Sasheer Zamata Saturday Night Live episode, which is basically two months in Internet time. But that episode wasn't just important because Drake was surprisingly good, or Zamata was surprisingly used so much in the episode. It also laid out an important destiny for young Aubrey Graham: he will become the next Justin Timberlake. Why? Well...

His Music is Loved by Audiences and Critics Alike

Personally? I am not the biggest Drake fan. If I wanted to hear some dude's passive-aggressive complaints about women, I would talk to someone who still earnestly uses the word "friendzone." But Drake has a huge audience for a rapper whose last album got an 8.6 on Pitchfork. You know else had an album this year close to that score? Justin Timberlake, whose album The 20/20 Experience got an 8.4. Having a critical acclaim and hordes of fans are difficult things to achieve individually, and Drake and Timberlake have both.

He Was a Child Star

The embarrassing moments! The burgeoning talent! The constant hunger for approval! There are so many child stars gone wrong, but when they go right, they go oh so right. In Justin Timberlake's case, we got adorable Mickey Mouse Club clips and god-awful, NSYNC-era cornrows. With Drake, we get the veritable goldmine of Degrassi, the best so-terrible-it's-great teen melodrama (until The Secret Life of the American Teenager came along, of course). We get to laugh, they get to make funny references to it, everyone wins.

He Can Still Act

Drake seems leagues away from the awkward Aubrey Graham that played wheelchair Jimmy on Degrassi, so it was hard to gauge how his performance would go on Saturday Night Live. But regardless of the quality of the episode, it was clear that Drake hasn't lost his talent for acting. He probably won't take the Timberlake route of starring in big-budget movies (with middling success), but hey, he could if he wanted to.

He Can Hang on Saturday Night Live

Even the best actors have a hard time on Saturday Night Live. Some of them aren't used to live television. Some of them just aren't funny. However, that didn't seem to be a problem for Drake. Many actors have a hard time doing impressions, especially if they're pretty distinctive, but Drake managed to pull off both a convincing Alex Rodriguez and a solid Katt Williams. You could easily see Drake being asked back for multiple performances, a la Justin Timberlake, who is essentially just an uncredited cast member at this point. So now, the only question is...will he?

More like this
An Ultimate Guide To The Music Of 'Rap Sh!t'
By Brad Witter
How Lady Gaga & Adele Are Closer To The EGOT All Of A Sudden
By Jake Viswanath
Lauv Is No Stranger To Taylor Swift, Drake, Ed Sheeran, & Fame
By Alyssa Lapid
Every Horror Movie Reference In The 'PLL: Original Sin' Premiere
By Alyssa Lapid
Get Even More From Bustle — Sign Up For The Newsletter