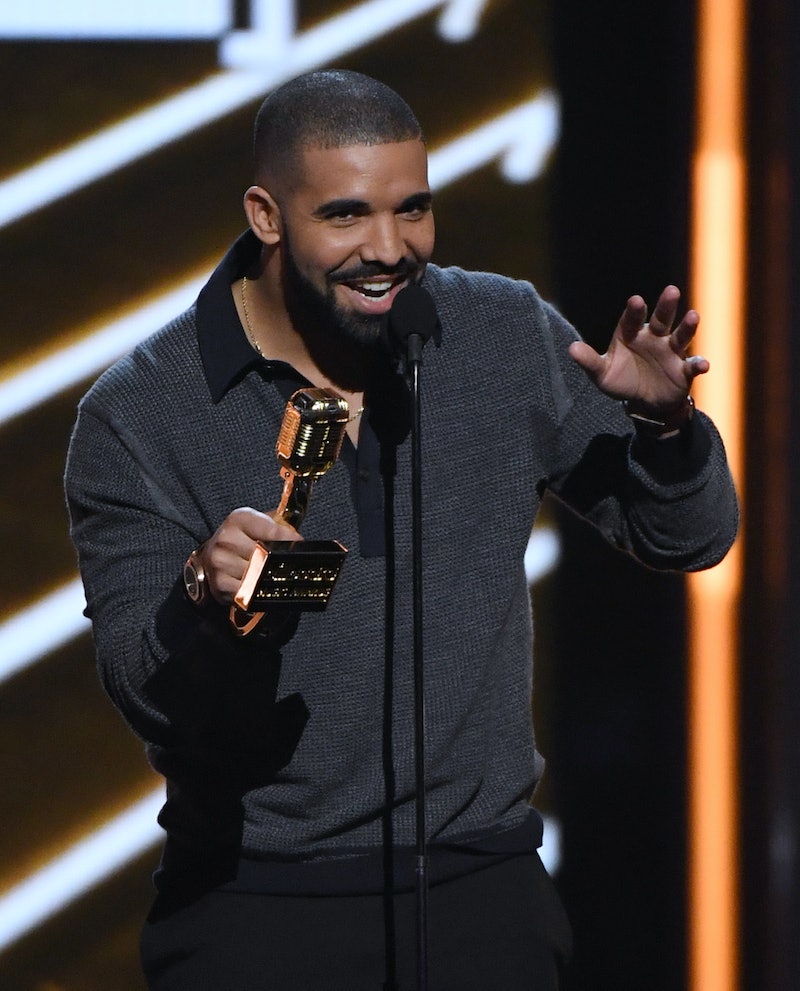 Although many would point to the recent surge of criticism regarding SNL ’s lack of diversity as the reason Zamata was brought in midseason (she’s SNL’s first African-American female cast member since Maya Rudolph left in 2007), show creator Lorne Michaels says that isn’t necessarily the case. In an interview last month, Michaels told The New York Times that the auditions held in New York and Los Angeles after Thanksgiving were not a direct response to recent criticism but, rather, it was just “100 percent good for the show to have an African-American woman” in the cast. Duh, Lorne! Now why did it take you SIX YEARS to come to that conclusion?

Given her experience, it’s no surprise that Zamata hit her first night out of the park. She exudes a cool confidence on camera and she has fantastic comedic timing — I foresee great things for her in the future! As the host, Drake gave it 110 percent all night, injecting sketches with an infectious energy and enthusiasm, even when the writing fell flat.

As the musical guest, he killed his first performance — a no-nonsense rendition of, “Started From the Bottom” (capped off with a snippet of recently released track, “Trophies”) — but, unfortunately, his second performance was a BIT of a mess. After struggling his way through a stripped down version of his hit, “Hold On, We’re Going Home,” Drake was joined on stage by rising star Jhené Aiko, who then proceeded to struggle HER way through their duet, “From Time.” It was not a good showing for either artist — I’ll chalk it up to fatigue and nerves.

Poetry Teacher The best sketch of the night takes us to a high school detention room where a spacey teacher with unnerving vocal ticks (played by Vanessa Bayer) tries to show the delinquent students that poetry can be FUN! Bayer does a hysterical reading of one of her own poems, but things really take off when the students share their work. Drake’s love poem, “Older Lady,” dedicated to the school’s 68-year-old librarian, takes the cake: “Chardonnay and calcium chews, baby, I’m fallin’/You got a new blouse from Chico’s? Baby, that’s ballin’.”

BET Hip Hop Classics: Before They Were Stars A string of celebrity impressions may seem like cheap comedy to some, but when they’re this good, it doesn’t matter! Former MTV VJ Sway (Kenan Thompson) lets us in on a little secret: Drake wasn’t the only hip-hop star to get their start on television. Taran Killam is hilariously out of place as Eminem on late-'90s college drama Felicity, but it’s newcomer Zamata’s impression of Rihanna starring in a Barbadian reboot of Blossom that makes this sketch one to watch. Somehow, Zamata is able to emulate Rihanna’s provocative yet entirely soulless dance moves with laser-like precision. Fascinating.

Mornin’ Miami Drake, Bobby Moynihan, and Kate McKinnon play a set of disgruntled morning show hosts who can only bear to hide their disgust for one another when the cameras are rolling. The ridiculous headlines we hear as the hosts record their weekly promos are amazing: “This Tuesday, meet Esther, the 87-year-old woman who danced into our hearts… and off a cliff?” and “Actress Jeanne Tripplehorn is back from the dead to talk about how we were wrong and she never died!” are my two personal favorites.

Nancy Grace Sadly, new cast member Noël Wells’ Nancy Grace impression is just not ready for primetime. It’s as if she’s simultaneously channeling Amanda Bynes AND Lori Beth Denberg circa Season 3 of Nickelodeon’s All That. In light of Colorado’s recent legalization of marijuana, Nancy takes on two pot proponents: the owner of a successful weed bakery and, for some reason, comedian Katt Williams (Drake). Not even an out-of-left-field Breaking Bad reference can polish this turd. Mercifully, it’s one of the shortest sketches of the evening.

Weekend Update I really like both Seth Meyers and Cecily Strong — separately. Together, they have no chemistry! Weekend Update is all about the spark and the witty repartee between the co-hosts! These days, the success of the segment largely depends on who the guests are, and Nasim Pedrad’s familiar Arianna Huffington shtick just doesn’t cut it. Bayer fares a little better as the bizarre Jacqueline Bisset, but it’s not enough to make this sketch worth watching.

Indiana Jones Epic Stunt Spectacular Drake shows a scandalous amount of upper thigh as the short-shorts wearing host of the Indiana Jones Epic Stunt Spectacular show in Disney World. When he asks for a volunteer from the audience, he gets Rahat (Pedrad) — a vaguely foreign tourist who is only able to repeat the phrase, “I am Rahat,” over and over again. There’s some mildly amusing physical comedy here as Rahat is hit in the head with (and later bowled over by) the famous Indiana Jones boulder, but otherwise, it’s kind of offensive and excruciating to sit through. But, as always, Drake commits!

That’s all for this week! Tune in next Saturday for host Jonah Hill and musical guest Bastille! Jonah will no doubt still be riding high off his recently announced second Oscar nomination (process that for a second), so it should be an entertaining show.