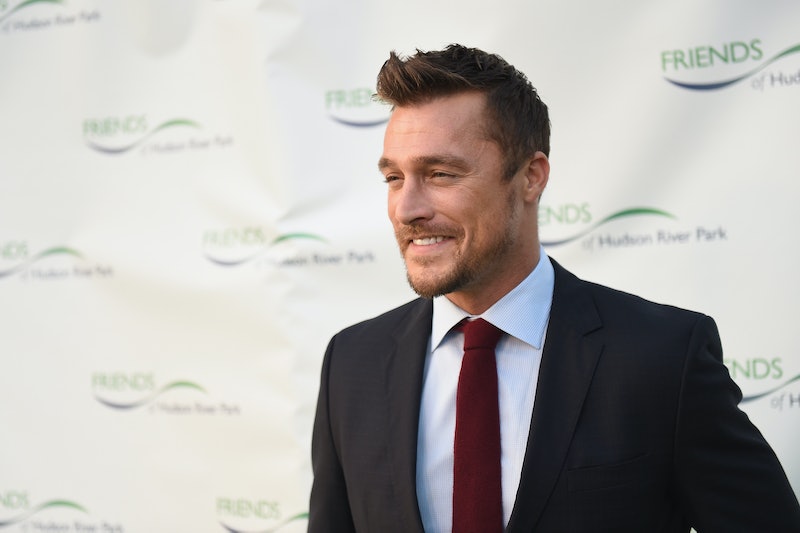 Fans of The Bachelor may be gearing up for Ben Higgins’ season of the show (Season 20, if you can believe it), but I’m not quite ready to give up on the past. I watched Iowa farmer and Bachelor Chris Soules smooch nearly every woman in his cast for like, four months (seriously he kissed basically everyone), and I just can’t forget him yet. The Bachelor universe has a tendency to chew people up and spit them out (until they’re on Bachelor In Paradise or something), but I want to know — What has Chris Soules been up to lately?

In case you forgot since it's been like a whole year since we first saw his season, Chris was the Bachelor from Season 19. Hailing from a farm in Arlington, Iowa, Chris basically just wanted someone to bring home to his farm and raise a family with. Ain’t no shame in that game, of course, but as the competition went further and further, Chris found it harder and harder to get a woman to commit to leaving her life and living in the middle of nowhere on a pig/corn/soybean farm. Enter Whitney Bischoff. The bubbly, blonde fertility nurse and Chris got on like a forest fire. He proposed at the end of the season and all was well — until it wasn’t. Whitney and Chris announced two months after the finale that they were calling off their engagement.

After The Bachelor, Chris kept busy by appearing on Dancing With The Stars — he was paired with Witney Carson before being eliminated in the middle of the competition. Later he partnered with the National Pork Board to judge the contest for America’s Pig Farmer of the Year (the 2015 prize went to Keith Schoettmer, in case you were wondering). In a recent interview with US Weekly, Chris maintained that, despite their split, he and Whitney were still pals. "Absolutely. We’re still friends and we catch up regularly. She’s doing great,” he said. Nice to know they’re still friendly!

After Dancing With The Stars, Chris seems to have stayed out of the spotlight, eschewing Hollywood for his farm in Arlington. Let’s see what else he’s been up to.

One of Chris' big requirements while he was on The Bachelor was that his wife be able to hang with his family, since they all spend so much time together. The wife may not be yet in the picture, but Chris sure is enjoying time with his brood.

He's Tending To His Farm

I mean, the guy is a farmer, and those fields just don't tend to themselves, people. He's up with the dawn to keep his livelihood, and I like that — he's got a strong work ethic, that's for sure.

He's Hanging With Other Bachelors

Sean Lowe, Chris, and new Bachelor Ben Higgins at one table? Why, this is quite a coincidence! Or it's just a day of filming for Ben's new season, but either way, I like these three together. I hope that Chris and Sean are giving Ben all the ins and outs of the Bachelor process.

So it seems after The Bachelor, Chris settled back into his daily life, showing that he's totally a farm boy at heart. No more Hollywood glitz for this guy!