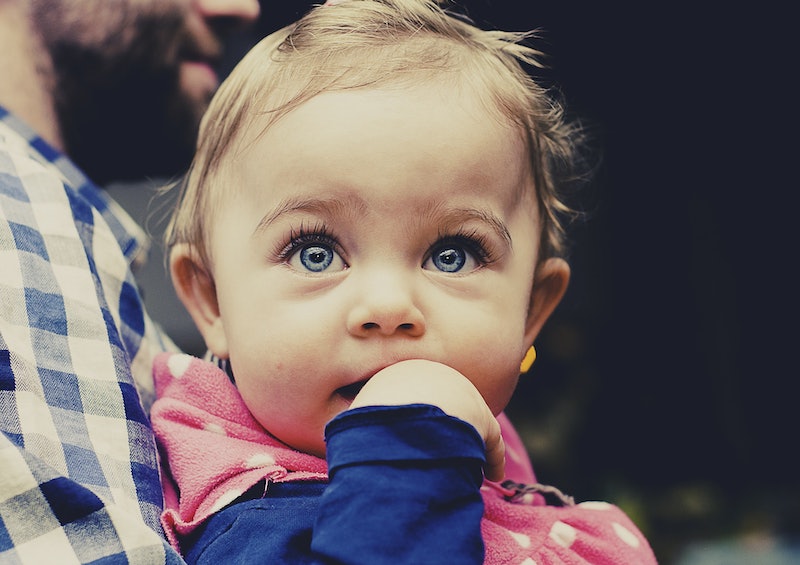 For couples struggling with fertility, in vitro fertilization, or IVF, has become an increasingly popular choice to facilitate pregnancy. But what are the chances of success for IVF? Although the likelihood of it succeeding remain relatively low, new research published in JAMA found some curious results: The more rounds of IVF are performed, the more likely the procedure is to work. IVF treatment is usually stopped if several rounds result in failure, so this finding could be groundbreaking — although it also highlights the gap in accessibility: You can improve your chances of success with IVF... as long as you can afford to pay for it.

The researchers studied over 156,000 women from the UK who had all undergone IVF treatment between 2003 and 2010. Overall, they found that the percentage of women who had received one IVF round and gone on to give birth was 29.5 percent. For those who had undergone up to six rounds, the figure rose to 65 percent, a solid majority. It's also worth noting that the results were impacted by the women's ages; women ages 40 to 42 only had a 12 percent live-birth rate after one IVF treatment, and those over 42 had only a four percent success rate in all rounds.

The study authors concluded that IVF treatments could be continued past a few unsuccessful rounds — that is, longer than most couples usually opt to try. “These findings support the efficacy of extending the number of IVF cycles beyond three or four,” the authors wrote in a press release. But they leave room for individual prognosis in their report, too: “However, we think the potential for success with further cycles should be discussed with couples," they added.

While this seems all fine and dandy, there's still an elephant in the room: Accessibility. The average cost of an IVF treatment is $12,000, and that's not including the necessary medications for pre and post-op or the costs associated with freezing eggs or embryos. The high price tag, along with the fact that most states don't mandate that health insurance cover infertility treatments, means that IVF isn't an option for everyone — it's only available to those who can afford it. The division between those to whom IVF is accessible and those to whom it isn't is even more stark when the chances of success are so much higher for those who undergo it as manyb as six times — a cost of about $72,000, again not including costs associated with medications or embryo storage.

Neither is money the only cost — the amount of time one must take to undergo IVF is significant in and of itself, since daily doctor's office visits are required for at least the first 12 days of treatment. For those who have jobs that don't give paid leave, or can't afford to be out of the office for that long, this added burden makes IVF even more inaccessible. As is the case with so many other things, society may as well be telling us:

So, are there ways to decrease the classism around IVF? Maybe, but it's going to take a lot to change the system. As it is, most clinics don't even publicly list their prices online; furthermore, the price of treatment tends to increase in areas that have a low number of infertility clinics, which only widens the gap of accessibility. The lack of financial aid or counseling options also places the treatment behind the gates of wealth and privilege.

But at least there's some good news, too: IVF is a lot more successful than it used to be, thanks in part to improved medical technology. Co-founder of the Southern California Reproductive Center, Dr. Mark Surrey, says that undergoing multiple rounds of IVF is increasingly unnecessary, since the way they implement the procedure has changed for the better. “We practice differently today than we used to, in that we analyze embryos much more thoroughly than we used to. By doing so, we negate the part that ‘more is better," Surrey said to Glamour.

Even with the heightened increase in the odds of one round of IVF being successful, the fact remains that the costs associated with just one treatment currently don't make it a viable option for many. And until our society changes its tune, it will remain an option only for the privileged.

More like this
Why Experts Say Sleeping With A Fan On Isn’t Totally Risk-Free
By Sophie McEvoy
The 12 Best Air Fresheners For Bathroom Smells
By Amber Petty
Your Daily Horoscope August 11, 2022
By Mecca Woods
How To Change Your Twitter Handle
By Emma Carey
Get Even More From Bustle — Sign Up For The Newsletter