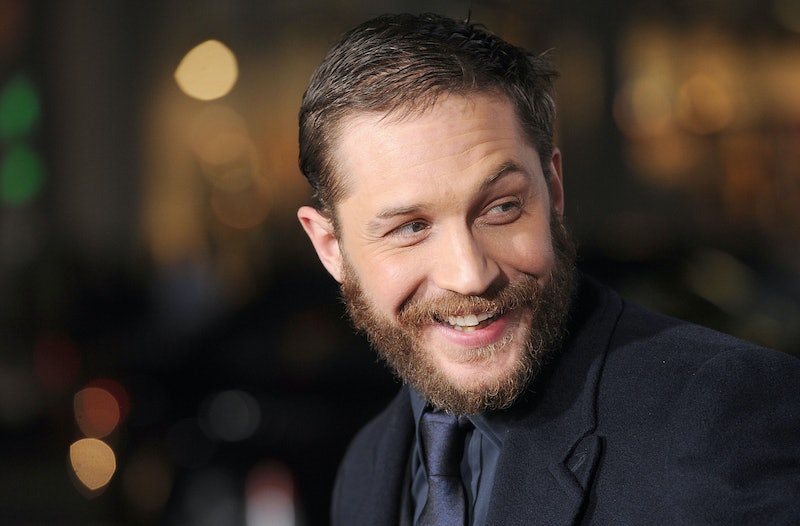 Jane Austen once wrote, "beware of fainting fits, beware of swoons." But when it comes to Tom Hardy, consider me permanently down for the count. I'm not sure if it's the height, the silent brooding, the boyish dimples or those perfectly pouting lips, but Tom Hardy always has our knickers (Oh! And he's British) in a twist. So it came as a quite a blow when it was announced that Tom Hardy dropped out of The Outsider , leaving the film without a leading man.

This means that Hardy's next film, according to IMDB, is something called The Drop, which is about "A crime-drama centered around a lost pit bull, a wannabe scam artist, and a killing." He also has Child 44 coming out, supposedly this year, which is about: "A disgraced MGB agent is dispatched to investigate a series of child murders -- a case that begins to connect with the very top of party leadership." Well great! We can't wait, but considering The Drop won't come out until September, and no date has been set for Child 44, our bodies and minds are sure to enter a deep stage of grieving. So how does one survive the Tom Hardy drought? Let's take a look back at some of his most enticing, most successful, and sexiest roles to revisit, on a scale of sexy to Tom Hard-on sexy.

Sexy Scale: Bald, Veiny-Headed Alien Sexy aka Not Sexy At All

Sexy Scale: Full-frontal Nudity Sexy aka The Only Way Tom Hardy Should Ever Be