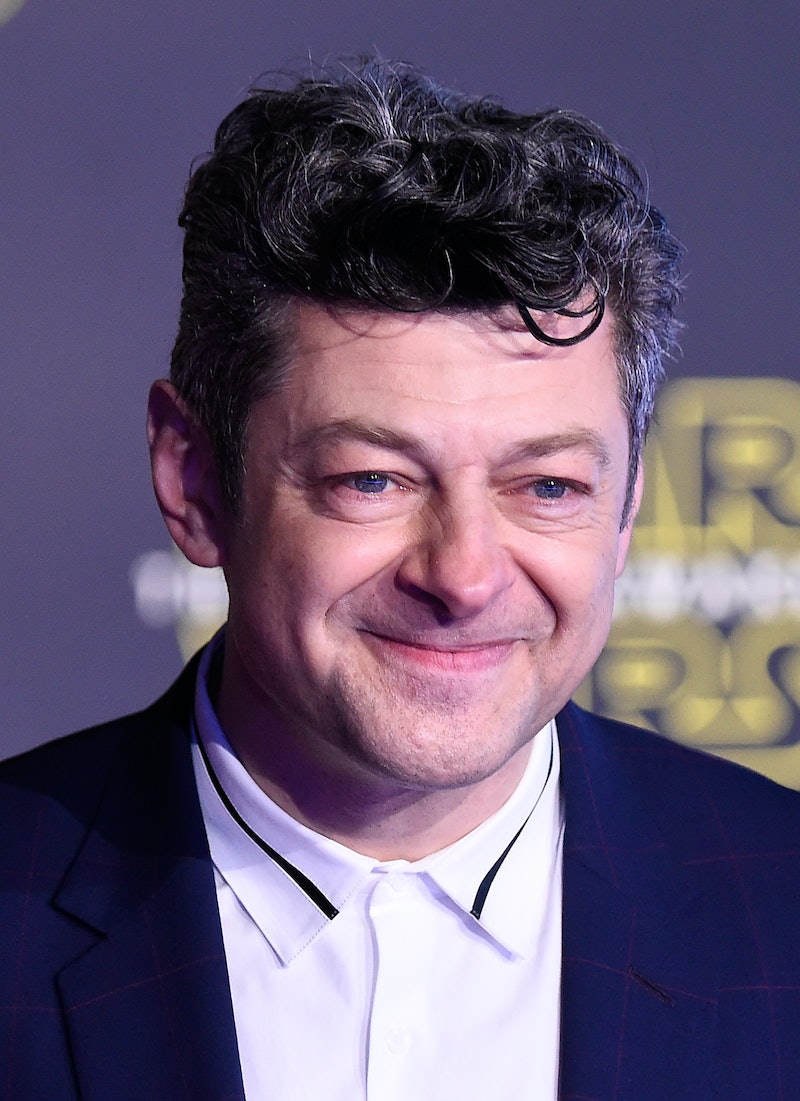 Any person who has seen Star Wars: The Force Awakens definitely came out of the film with a few questions still unanswered. Who are Rey's parents? How did Maz Kanata get ahold of Luke Skywalker's lightsaber? Is Han Solo really dead? And of course, is Supreme Leader Snoke actually Darth Plagueis? Andy Serkis plays Snoke in the film via motion capture, one of only two actors to do so in the movie along with Lupita Nyong'o, and the character inspired more mystery than arguably anyone else. He only appears via hologram, sitting on a giant throne that makes him appear to be about 30 feet tall. His species is unclear, and while he's human-like in appearance, he definitely isn't human. His face is horribly scarred, meaning that he obviously had a very bad day at some point in his past. Seriously, the guy's an enigma.

Lots of theories have popped up about Snoke, but by far the one that's seemed to have gained the most traction is that Snoke is actually the ancient Sith Lord, Darth Plagueis the Wise. The crux of the theory stems from the score of John Williams, whose "Snoke" theme in The Force Awakens sounds almost identical to the music used during a scene where Palpatine tells Anakin Skywalker the story of Darth Plagueis in Episode III: Revenge of the Sith. Have a listen below.

In the story of Plagueis told by Palpatine, it's revealed that Plagueis was such a powerful user of the Dark Side of the Force that he was able to bring people back from the dead. Even though Palpatine, who was Plagueis' pupil, killed him, it's possible that Plagueis used his death-cheating powers on himself to return from the grave. If that's the case, then Snoke's facial scars could very well be the result of a killing blow from the end of a lightsaber. Another piece of evidence in Snoke's appearance has to do with his possible race. Some fans think his looks line up most closely with the Muun, a species that's very tall, thin, and flat faced — like Snoke. Darth Plagueis was known to be a Muun, so the fact that the two characters bear a similar resemblance might not be a coincidence.

So if Snoke is indeed Darth Plagueis, what does this mean for the new trilogy? For one, it would mean that the prequels aren't completely being swept under the rug. It was widely assumed, especially after seeing no mention of midi-chlorians or other prequel nonsense in The Force Awakens, that the new trilogy would avoid mention of the franchise's bastard stepchild. But if a legendary character first mentioned in a prequel movie is indeed the big baddie of the new trilogy, then it would seem the prequels do have a role to play in the current Star Wars universe after all.

It also could mean that the Jedi and the Resistance are about to face the biggest threat they've ever seen. If Snoke is Plagueis, then he's basically immortal, and might be the most powerful Sith Lord of all time. Luke, Rey, and whoever else comes out of the woodwork, are going to have their work seriously cut out for them in trying to defeat him, and the galaxy could have much bigger problems to face than planet nuking super weapons.

So... how soon until Episode VII?