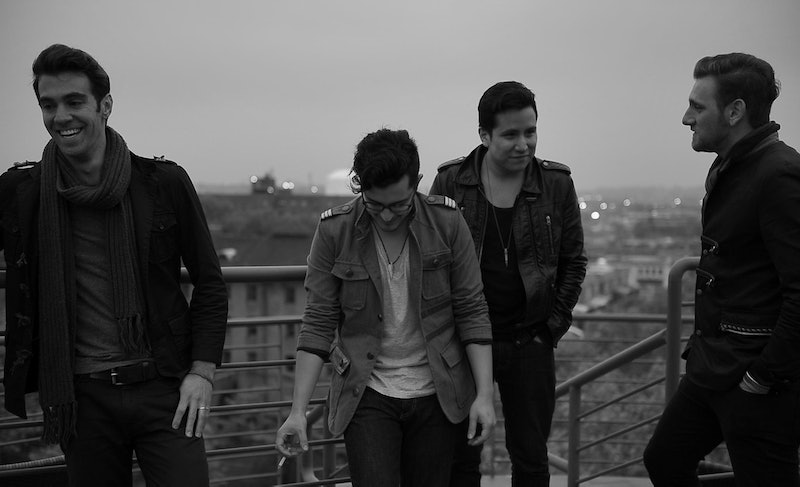 Elvis Duran of the Morning Zoo on Z100 – once a New York City-based station gone national – stopped by Late Night with Jimmy Fallon early this week to discuss the hottest musicians of 2014. The morning host declared Lorde, American Authors, and Disclosure as the ones to look out for. Of course, Lorde has already had an amazing year between receiving four Grammy nominations and the viral interview/gab sesh with wunderkind Tavi Gevinson. And although the other two bands listed on Duran's hot list aren't as well known, they will be soon.

That song you originally thought was Imagine Dragons turns out to be sung by this Brooklyn-based band. Their titular EP contains "Best Day of My Life," the single that put them on the map. Just this January, Mercury Records signed the band. Their newest album, Oh What A Life , will be released on March 4. Get ready, because the band's upbeat sound will take over the radio waves soon.

If you were at Coachella or Lollapalooza last year, you might have stumbled upon rising stars Howard and Guy, the duo that is Disclosure. The British brothers have already garnered a Grammy nomination for Settle, their album that went Gold in the United Kingdom this year. Their performance of "Latch" on Jimmy Fallon, featuring Sam Smith, will keep the buzz going until they (probably) receive their Grammy award.