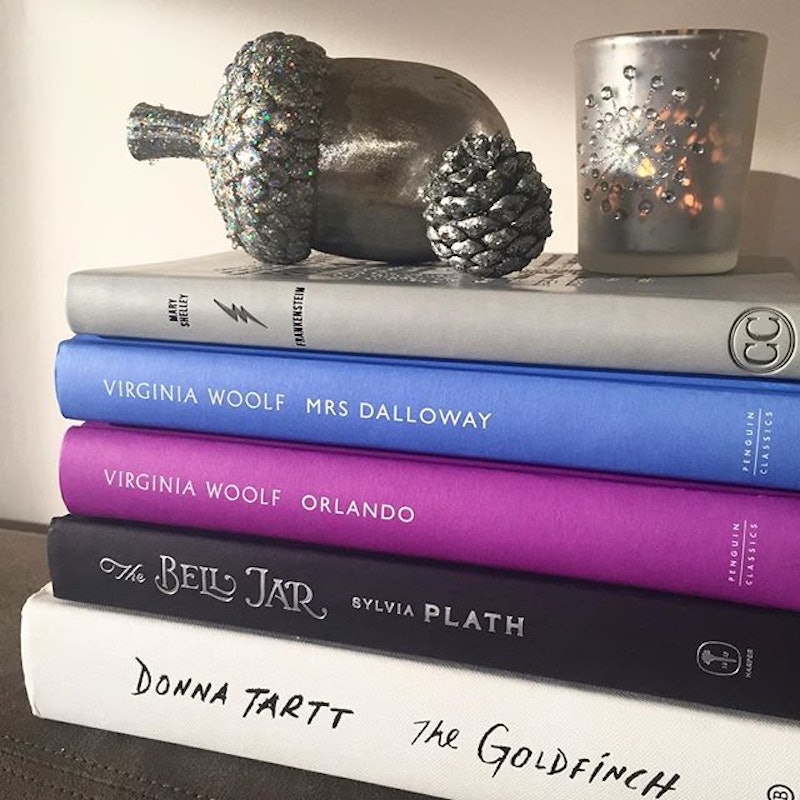 It's no surprise that most of the New York Public Library's most popular books in 2015 were written by women. After all, this year saw Harper Lee and Judy Blume return to the publishing world, while E.L. James and Stephenie Meyer released retellings of their bestsellers. Paula Hawkins' The Girl on the Train was the thriller no one could stop talking about, and — although it was the Boston Public Library's most popular book overall — it took the No. 2 spot on the NYPL list.

I know a lot of people who refuse to fall for the hype when it comes to books and other entertainment media. They aren't total hipsters who eschew anything that's mainstream-cool, but they're suspicious when certain outlets tell them about what was popular, overlooked, and overrated. And it kind of makes sense. You wouldn't ask The New Yorker which company sells the best canned pasta, would you? I didn't think so.

In a lot of ways, listening to what books did best in libraries is a better gauge of interest and popularity than sales figures. It stands to reason that the people who buy books are the same ones who read them, but I know plenty of avid readers who simply don't have the budget to purchase new titles. Library check-outs show you what people read when money is taken out of the equation.

So what did the public at large read this year? Here are the NYPL's most popular books of 2015:

At first blush, one thing is pretty clear: folks in New York City have wildly different reading habits from those in Boston. Only The Girl on the Train and Gone Girl appear on both libraries' overall lists. And although Lena Dunham's memoir came in at No. 3 on the BPL's list of popular non-fiction titles, it didn't manage to crack Boston's overall Top 10, but took the No. 7 spot in NYC.

The numbers don't lie: women's fiction swept the country this year. With 92 branches circulating 20 million items, the New York Public Library accounts for approximately 1 percent of library circulations in the U.S. So, if you're looking for an accurate depiction of what people read in 2015, your search ends here.

Here's looking forward to even more great books by women writers in 2016.

More like this
Who Is Allison Williams Dating After Her Divorce? She’s Engaged With A Child
By Jake Viswanath
'Mayfair Witches' Already Changed 2 Major Characters From The Books
By Grace Wehniainen
Your Guide To Watching 'Everything Everywhere All At Once' In The UK
By El Hunt and Sophie McEvoy
These 3 Zodiac Signs Could Write A Bestselling Novel
By Brittany Beringer
Get Even More From Bustle — Sign Up For The Newsletter
From hair trends to relationship advice, our daily newsletter has everything you need to sound like a person who’s on TikTok, even if you aren’t.