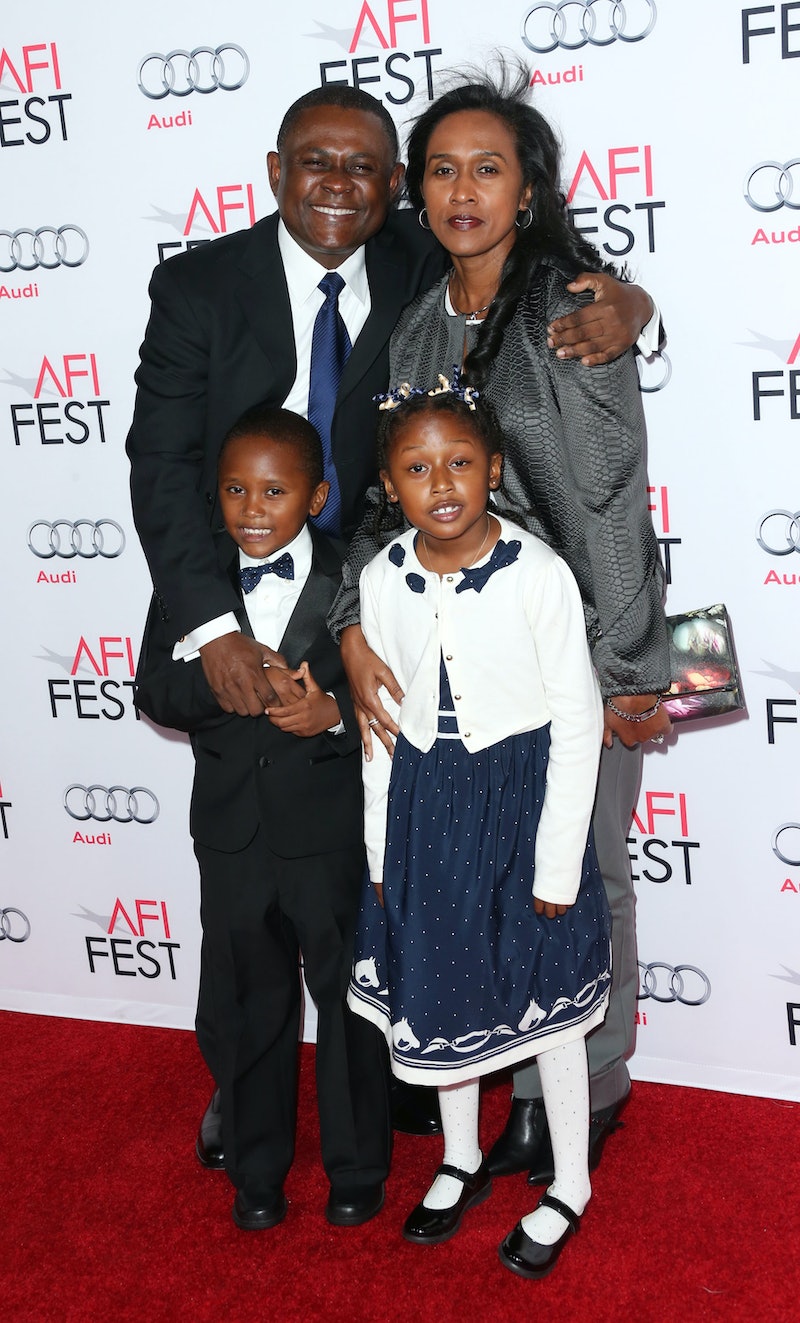 Dr. Bennet Omalu, the doctor who discovered Chronic Traumatic Encephalopathy (CTE) in NFL players, takes center stage in the new movie, Concussion. The film tells the story of Dr. Omalu, as played by Will Smith, as he stumbles upon the first case of CTE, discovered during the autopsy of former Pittsburgh Steelers player Mike Webster, and then struggled to get his research taken seriously by the medical community and the NFL. While Omalu is the main focus in Concussion , the film also features his wife, Prema Mutiso, played by Gugu Mbatha-Raw. In the movie, Mutiso is relegated to a supporting role, as we see Omalu's blossoming relationship with Mutiso, who begins as his girlfriend and later becomes his wife. Despite her having a small part, many fans have latched onto Mutiso and are wondering what happened to Bennet Omalu's wife after the events of Concussion concluded. Are they still together? Did she take on a greater role in his work?

Very little is known about Mutiso, who appears to prefer to remain out of the spotlight. She and Omalu are still married, and are currently raising their two young children, daughter Ashly and son Mark, in California. There, Omalu works as San Joaquin County's chief medical examiner and at UC Davis as an associate clinical pathology professor. He frequently shares sweet photos of his children and wife on his official Facebook, and the entire family recently attended a red carpet event together. It's likely Mutiso and her husband will once again step out to attend the Golden Globe Awards, where Will Smith is nominated for Best Actor in a Motion Picture Drama. Could the next stop be the Oscars?

Mutiso has certainly had an Oscar-worthy role in her husband's work. Like Omalu, she is an American immigrant. The two met in a Pittsburgh church and were dating at the time of Omalu's initial discoveries. They were married in the midst of his work, and, according to writer Jeanne Marie Laskas, who wrote the article upon which Concussion is based, Mutiso quickly became a vital part of Omalu's research. Most notably, she documented his work as he examined brain samples of former football players sent to him by the players' families, taking photos as he worked. "Bennet believes that taking these pictures like Prema did on many occasions was very valuable strategic thinking on Prema's part," noted Laskas on her website.

But for actor Gugu Mbatha-Raw, Mutiso was more than just a supporter of Omalu. The actress revealed in an interview with All Hip-Hop that she approached the character as being the emotional anchor of the story, saying, "From my perspective, Prema is the emotional driving force of the film and the moral compass for Bennet's character." So perhaps one day, her story will get to be told on-screen, too.

More like this
Robert Downey Jr.’s New Film Is A Tender Story of Fatherhood & Forgiveness
By El Hunt
'Bridgerton' & 'Succession' Casts Join Forces For A New Dickens Adaptation
By Darshita Goyal
The 'Love, Lizzo' Harry Styles Scene Is Just 1 Moment That Made Fans Feel Seen
By Brad Witter
Lindsay Lohan Just Recalled A Hilarious 'Parent Trap' Story
By Sam Ramsden
Get Even More From Bustle — Sign Up For The Newsletter