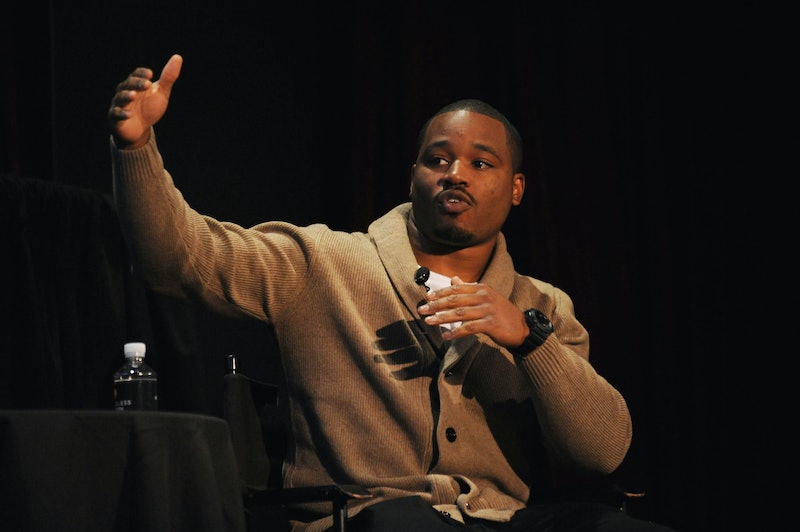 Marvel just found the best possible Black Panther director in Ryan Coogler. If you think you recognize the name, you're not imagining things: because Coogler is having a moment right now. The 29-year-old director has just two films under his belt, but they happen to be amazing films: Fruitvale Station and Creed. In fact, with so much buzz surrounding Creed, Coogler might end up sneaking into the Best Director Oscar race — it would certainly be a welcome surprise if he did.

Now that Empire has confirmed Coogler's next gig is directing the highly anticipated Black Panther, it is clear Coogler is here to stay and keep making groundbreaking movies. For the uninitiated, Black Panther is T’Challa, a warrior king in the nation of Wakanda. Created in 1966, Black Panther is the first black hero in American comics, and he will also be the first hero of color to get his own Marvel film. The character is hugely important, and knowing Coogler will be in charge of bringing T'Challa and the country of Wakanda to life is the best news Marvel could possibly have offered up.

Marvel head honcho, Kevin Feige told Empire, "This one is important. Not only do you get an unbelievable lead character, but you also get all of Wakanda which is a whole new setting and culture to explore." He also noted the film will feature an almost entirely black cast. This is a major step forward for Marvel movies which have exclusively had white male leads anchoring the franchises up until this point.

Before Black Panther gets his own movie, the character, played by Chadwick Boseman, will first debut in May 2016's Captain America: Civil War . This will give Marvel viewers a chance to meet the new character and see him interacting with the larger Marvel Cinematic Universe before his solo story hits theaters in 2018. I know that is way too far off, but it gives Coogler plenty of time to craft the blockbuster Black Panther deserves.

In addition to his well-received work on 2015's Creed, Coogler previously won the Independent Spirit Award for Best First Feature in 2014 for Fruitvale Station. The young director has a knack for tackling stories of social injustice and endurance. With Feige promising Empire that Black Panther will be a "geo-political action adventure that focuses on the family and royal struggle of T'Challa in Wakanda," Coogler's résumé and talent combined with Boseman's passion for the project have sent Black Panther to the top of my must-see list.