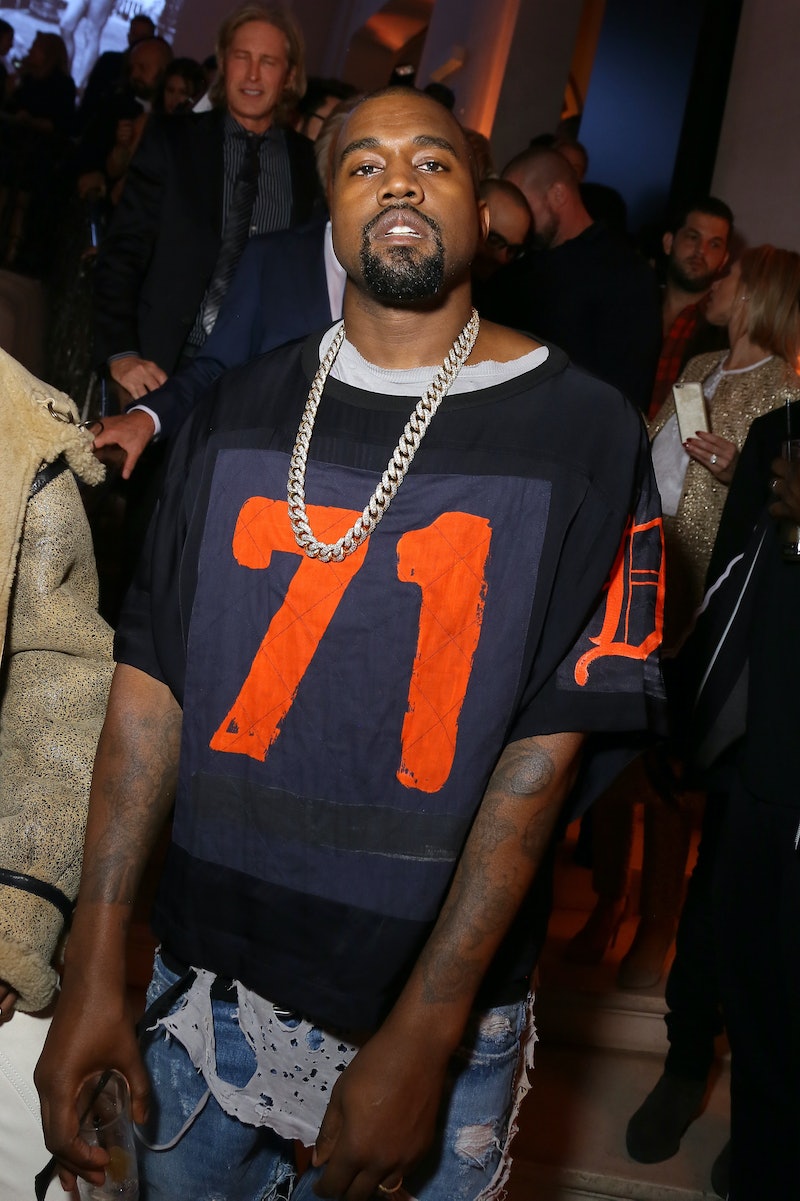 Anticipation for the new album has grown with the New Year's Eve release of the single "Facts," but when will Kanye West's album Swish actually drop? Despite the promising sign of what might be an early single, the album remains mysterious. After all, Swish was supposed to be released in 2015, but it's officially too late for that now. The name Swish is even up in the air; in May, West announced the name change from So Help Me God on Twitter alongside the disclaimer that it might change.

Kim Kardashian had a big role in announcing the new single, taking over the task of teasing and later releasing the song on Twitter, while West's Twitter remained silent. Since the release, many have been speculating about what his lyrics mean and whom they are directed at/against. It's unclear whether "Facts," or the previous singles West released in 2015 are just random releases or are part of West's new sound. He hasn't provided much other information about the upcoming album, including any details about when it will be released, so we poor fans are left to speculate. Here are some educated guesses, with some evidence to back them up, about when and how West's upcoming album will drop.

It Will Be Released This Year, Probably Soon

In fact, Swish was supposed to be released in 2015, and the album was reportedly streamed to a select audience in full as early as 2014. Yeezus was released way back in 2013, and he's usually only allowed a one or two year gap between his previous albums. West tweeted in December that he didn't want anyone to ask him for help as he finished album, so it really seems like he's on the home stretch.

Kim Kardashian Will Help Out

West's new family has been the subject of recently released songs, his album title was used as a description of Kardashian's body, and Kardashian released his latest song on her social media. It thus seems likely that Kardashian will play a large role in the album's release; maybe she'll announce it on her app, or in Kimoji. We can only hope.

It Will Be A Surprise Release

This is more of a sense I have than anything really factual, though West's friend Pusha T hinted that Swish would indeed be surprise released. It is after all an era of surprise releases, and West is all about surprises and outbursts, as evidenced by his infamous award show appearances. Since the album is already behind schedule, I can imagine West dropping it unannounced, or at the very least, in an unexpected way.

So, whether it's in a month or in a year, you have plenty to do in the mean time, including listen to the excellent singles, revisit The College Dropout, or...buy a Tidal subscription.