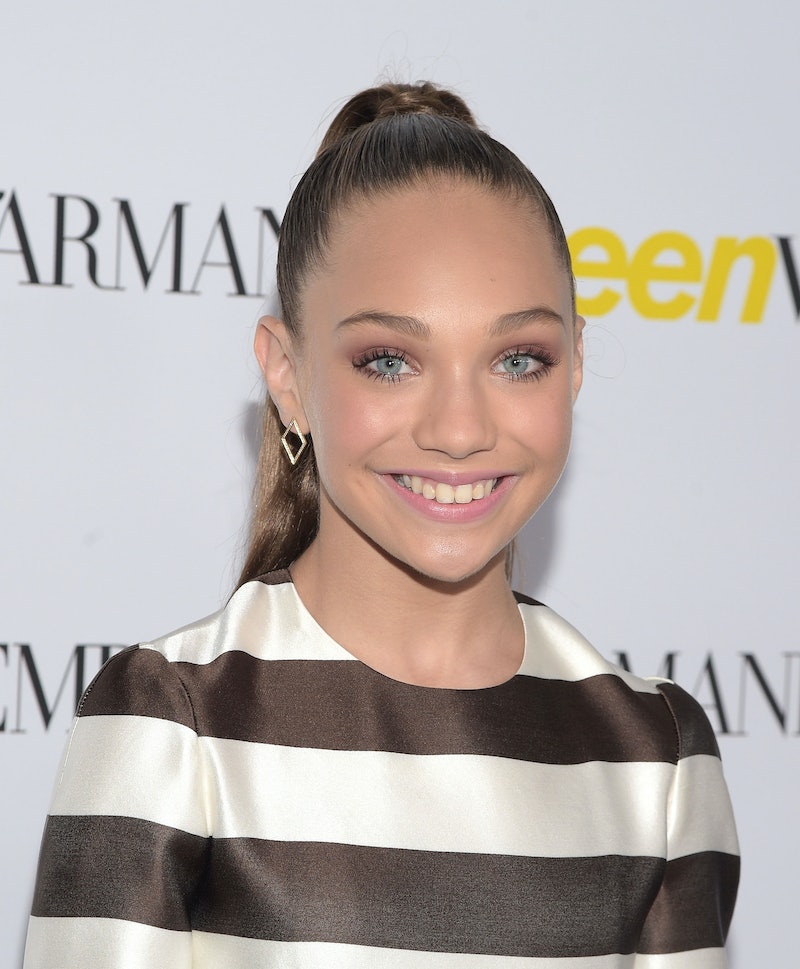 A new era of child stars has taken over, and everyone's favorite teen dancer is leading the pack. It turns out that being a top dancer-turned-actress and model makes you grow up pretty fast. She's wise beyond her years, and Maddie Ziegler often looks older than her age. She might have only just turned 13, but her talent (and makeup skills) rival that of someone much, much older.

There's no denying Ziegler's dance talent, but her style skills are just as on-point. At the age of just 13, this girl can contour, highlight, and create a winged eye that would put most 20-somethings to shame. OK, I'm sure she occasionally has a whole squad of makeup artists on hand to help her out, but she's definitely learning a thing or two from them. The teen looks just as fierce off the stage as she does on, and can definitely stand up to some of the biggest, most experienced celebs on the red carpet.

With her being involved in the dance community for her entire life, it only makes sense that Ziegler would have picked up a few tricks when it comes to bringing the drama with her makeup. Dark red lipstick, heavy liner, and blush are some of her signatures, seen in many Dance Moms episodes, but she can do subtle and sophisticated just as well. Check out these times Ziegler looked way older than her mere 13 years.

The dancer looked stunning in a black and white feathered dress at the Teen Vogue Young Hollywood event. You'd never guess that she was only 13 years old!

Not to mention she held her own next to the fabulous Bella Thorne, who is five years older.

She looked like a pro walking the the Ralph Lauren Polo runway.

This is a supermodel in the making.

After earning herself a photoshoot in Nylon , Ziegler showed up to the publication's event looking fierce.

Even when she's just sitting at home her makeup is on-point.

When's the last time you looked this sophisticated for a beach day?

If she wasn't wearing bright pink she probably would've blended right in with The Rockettes.

The Sia mini-me looked so much older when she took the red carpet at the Grammys.

She rocks red lips at 13 better than some adults I know.

It's hard to believe that she's done so much at such a young age!