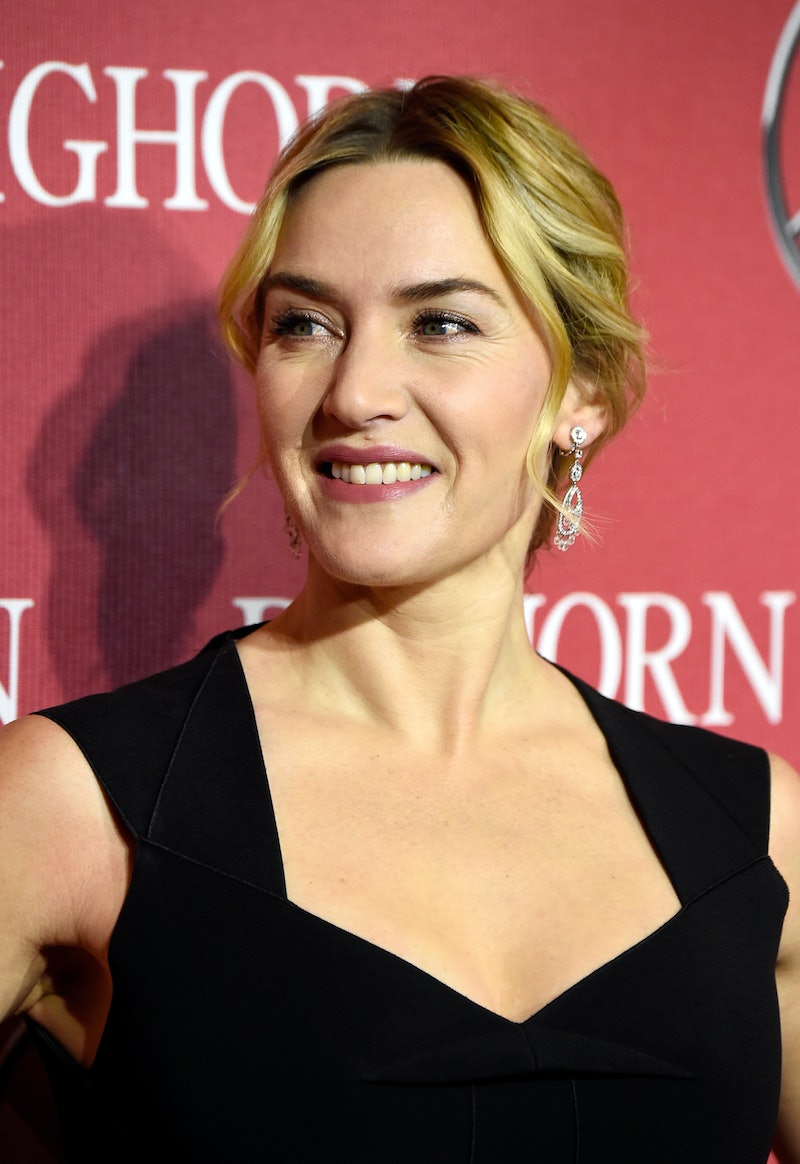 Last fall, Jennifer Lawrence sparked media attention when she penned a brilliant essay about equal pay in Lenny Letter . Although some stars spoke out in support, others shied away from the topic. When Kate Winslet was asked about the gender wage gap in November, her comments were disappointingly dismissive. She said it was "vulgar" to discuss the subject in public, stating, "I'm very lucky woman and I'm quite happy with how things are ticking along." Then the following month, she talked about how she's "fortunate" to never have worried about monetary matters. After all of that, she's setting the record straight and saying her words were "misinterpreted." In an interview with E! News at the Palm Springs International Film Festival, Winslet clarified her original comments. She said,

When you're talking about specifics of pay that is a line of questioning I really had a hard time with. So my remarks were in response to that but only that. Of course we should be paid the same as the boys. We want to stand alongside them.

At first, this sounds like a bit of an excuse by trying to backtrack on her previous comments. Considering she had echoed similar sentiments in both Deadline and Newsbeat, it's pretty tough to say that was merely misinterpretation. But at least she's finally taking ownership of her words and saying "of course" women should be paid the same.

Luckily, the comments only continued getting better. Winslet added,

Hopefully these discussions will continue to support the efforts that are being made all over the world for the right to equal pay in this field and all other industries... For my entire career, I've really stood for women's rights and I will always remain entirely committed to empowering women and the right to equal pay is a fundamental part of that. Of course women should be paid the same as men. Of course they should. Of course I should.

Honestly, she should've just said this from the beginning. Instead of making excuses for her previous comments, she could've just focused on clarifying her point-of-view and voicing support. What I think actually happened here (instead of any misinterpretation) is that Winslet realized her words were belittling to other women and had a change of heart. Her repetition of the word "of course" seems to imply everybody should have known she felt this way from the beginning. But because the tone of her previous comments suggested otherwise, I'm glad she finally explained.

Winslet is right — of course women should be paid the same as men. But the reality of the situation is that it's still not happening. Hollywood isn't the only place women are underpaid and this needs to be addressed, instead of swept under the rug. Considering the Titanic star is incredibly body positive and empowers women in other ways, her initial comments took me by surprise. But I'm happy she adjusted her outlook and finally voiced support for the women who may not be as financially fortunate as she is.