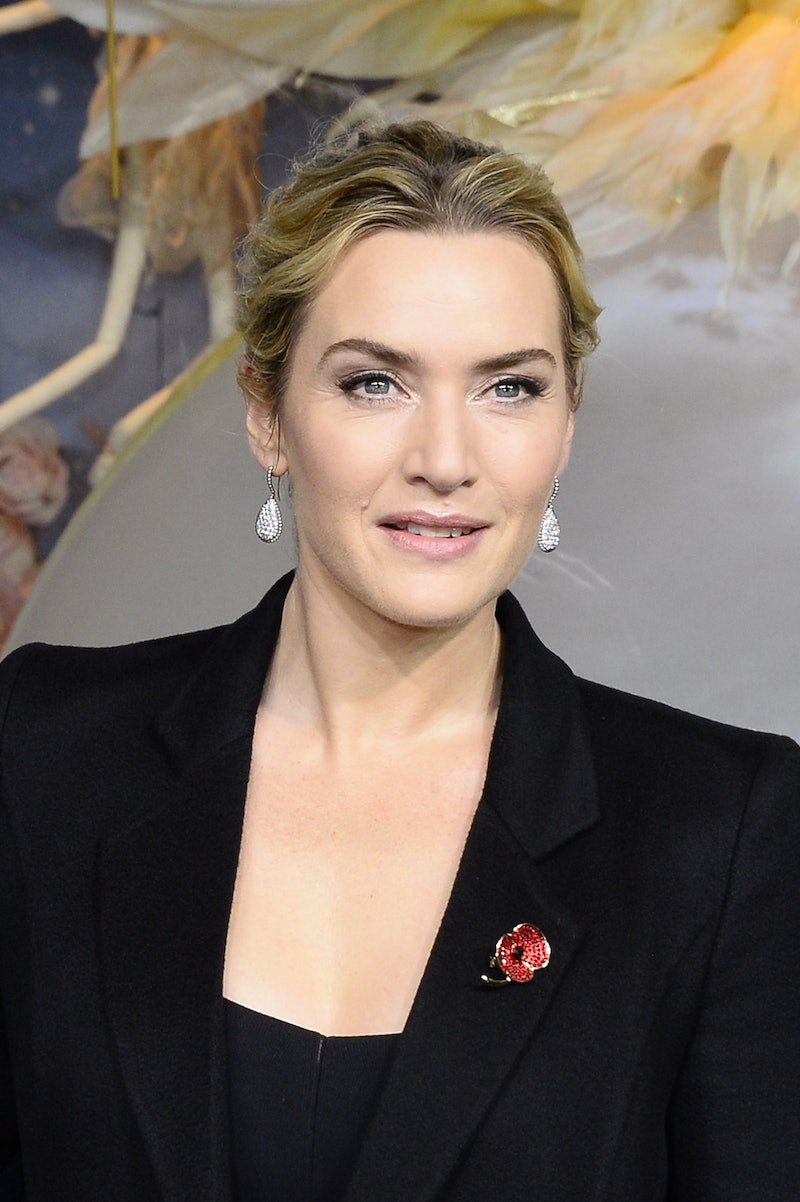 If you were to ask me to name an actress who I think is doing wonders for body positivity, it'd be Kate Winslet. However, if you wanted me to list off an actress who I think is trying to change the gender pay gap issues for the better, sadly it would not be the Steve Jobs actress. Kate Winslet's comments about the gender pay gap continue to be disappointing, as proven in a recent interview with Deadline. After being asked about Jennifer Lawrence's wage gap essay and if the financial/gender issue has ever "vexed" her, Winslet responded as follows:

I have never concerned myself with monetary matters. I almost feel like I can’t comment on other people’s comments, but I admire people who publicly stand up for themselves. I’ve never been in the situation where I feel the need to make those types of comments. I’m fortunate.

First, let me say that my intention here is not to slam Winslet, because of course she is entitled to her own opinion and she most definitely should speak openly and honestly. Second, the fact that the Oscar-winning actress recognizes just how "fortunate" she is is humbling. Clearly, she knows how well-off she is compared to many others in the world, especially when it comes to finances and success. Third, her comments suggest that she's never felt like she was underpaid or paid unfairly compared to her male counterparts. If the Titanic star is completely OK with what she's putting in the bank, then good for her.

That said, it's unfortunate that Winslet is remaining silent about an issue that most definitely does affect other women in Hollywood, and possibly even Winslet herself whether she's OK with how much she's being paid or not. And this issue mirrors that of the gender wage gap outside of Hollywood. If Winslet is not standing up for herself, wouldn't she want to stand up for the women she works with and those who aren't OK with the discrepancy? Her comments suggest that she doesn't find issue with the wage gap, which is a major problem. When an influential woman, like Winslet, appears to be saying, "Hey, if a man makes more than me, even though we did the exact same job, that's fine," well, that shines a bad light on other women who fighting for equal pay and minimizes the gender pay gap issue completely.

During her conversation with Deadline, she also revealed that in 20 years, Lawrence will probably still be talking about the pay gap and her essay. And she made it sound like that's a bad thing:

I have a nice life and career and I’m blessed to be 40 years old and still doing it. However, it reminds me of the comments that I made on women and body image. At 40, I’m still getting asked questions about those statements that I made years ago. At 45, Jennifer Lawrence will still be asked about the pay issue.

I partly understand what Winslet is saying: Why is something still being discussed if it was talked about years ago? However, when it comes to important issues like body image or the pay gap, why wouldn't you want to keep them in the news and relevant? I mean, if I wrote an essay like Lawrence, I'd want to talk about it the rest of my life, because it's impressive. Plus, it's something that just might have a huge effect on the world. With that said, here's hoping by the time J. Law turns 45, there is no longer the "gender pay gap." That would be truly unfortunate.

Sadly, this isn't the first time Winslet's spoken negatively about equal pay. While chatting with BBC's Newsbeat, she commented, "I'm having such a problem with these conversations. I understand why they are coming up but maybe it's a British thing. I don't like talking about money; it's a bit vulgar isn't it?" Her remarks didn't stop there, as she went onto say:

I don't think that's a very nice conversation to have publicly at all. I'm quite surprised by these conversations to be honest, simply because it seems quite a strange thing to be discussing out in the open like that. I am a very lucky woman and I'm quite happy with how things are ticking along.

It's kind of mind-boggling to me that as a woman and actress Winslet isn't voicing any concerns. However, you can't force someone to fight for something if they don't find issue with it in the first place.