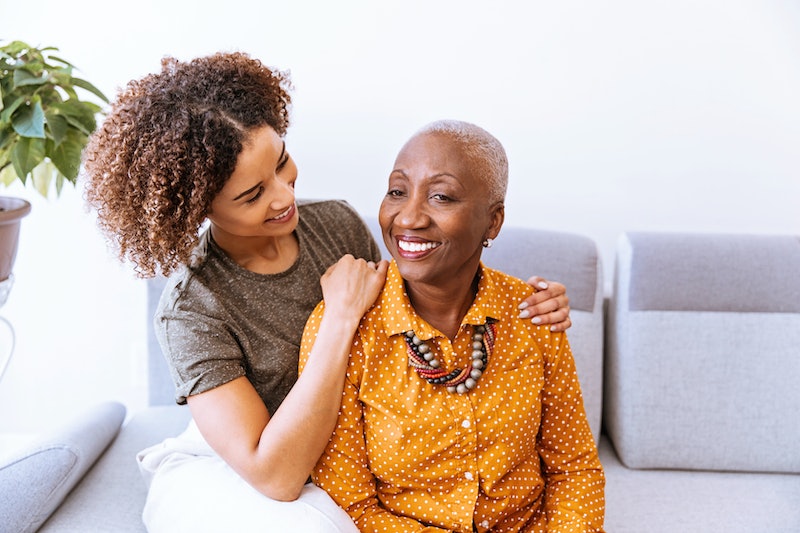 As young people, it's easy to view Alzheimer's disease as something that doesn't affect us all that much. We feel like we've got a long way to go before we hit the age when memory-loss and dementia become potential threats. Hopefully, that's true — but chances are, Alzheimer's disease will affect someone you know in your lifetime, and it's important to educate yourself about it.

Last year, it was reported that more than five million Americans are currently suffering from Alzheimer's disease. It's estimated that about 500,000 people a year die from it, and the numbers will only continue to rise, with some experts estimating that 35 million folks will be suffer from Alzheimer's over the next few decades. These are scary statistics, made even scarier by the fact that most of these people struggle to afford the healthcare and medication they need to lead a healthy, normal life.

As much as Alzheimer's is a problem that affects everyone, there is no denying that women are affected by the disease differently than men, and often in more devastating ways. No matter how old we are today, it's never too early start educating ourselves about this health issue. That way, we can take better care of our loved ones and even help prevent ourselves from being diagnosed.

Here are seven facts about Alzheimer's disease every woman should know.

1. More Women Are Diagnosed With Alzheimer's Than Men

As if we don't have enough health issues to worry about, three out of every five Americans living with Alzheimer's are women, and females over the age of 60 are twice as likely to be diagnosed with this disease than breast cancer. But why?

Maria Carrillo, chief science officer for the Alzheimer's Association, told the Huffington Post that there are plenty of "biological questions pointing to increased risk in women." She said there's no doubt that the issue needs to be explored more by science. It's hard to know where to start looking, though, as there are so many relevant factors, including the fact that we simply live longer.

One thing scientists do know is that women who carry the ApoE-4 gene are twice as likely to contract Alzheimer's than the men who have the same gene. Stanford University conducted a study proving this, but the reasons are unknown. It could be due to how ApoE-4 reacts when in tandem with large amounts of estrogen.

Scientists have found through MRI scans that there is "more rapid shrinkage of cells of certain brain areas" in women than in men who have Alzheimer's. Why exactly this is the case is something that the experts are working on finding out, but they think it too has something to do with the relationship between genetics and hormones. With what they've found out so far, though, they can say with certainty that the disease worsens at a more alarming rate in women.

At Duke University, Katherine Lin led a team of researchers who used an 11-part test to keep an eye on memory loss in Alzheimer's patients. The women declined at a rate of two points each year, and the men only by one point a year. All the findings point to the sad truth that men and women experience Alzheimer's in very different ways, leaving us much more vulnerable than our male counterparts.

3. Women Are More Likely To Take Care Of Alzheimer's Patients Than Men Are

There's a disproportionate number of women who step into the role of caretaker: twice as many women are looking after Alzheimer's patients than men. These women are the ones who face financial consequences too; 20 percent of women caring for someone with Alzheimer's had to give up full-time hours for part-time work, while only three percent of men did the same.

Reports show that there are more individuals over the age of 60 than ever before who are being diagnosed with alcohol-related brain damage called Korsakoff Syndrome, which is similar to dementia. Dr. Tony Rao, a consultant psychiatrist at the South London and Maudsley NHS Foundation Trust, told the Guardian that the memory problems tied to heavy drinking often either go unnoticed by medical professionals or are mistaken for Alzheimer's disease.

It's an issue that needs a closer look, as the older population drinks way more alcohol than you would imagine — especially women. Twenty-two percent of women between ages 65-74 drink more than the normal weekly intake; out of all the demographics of women, this particular group drinks the most heavily.

If you have a family member or loved one whose doctor is suggesting that they may have Alzheimer's, double check and make sure that the true problem isn't an alcohol-related memory issue. While having a moderate amount of alcohol can help prevent Alzheimer's, you don't want to see someone get misdiagnosed for this disease when it's actually something entirely different.

Back in 1999, scientists found evidence that blueberries were good for brain function. Lab rats with bellies full of berries got through mazes much more efficiently than they had earlier. Recently, results of a related long-standing study were released, confirming that berries also have a positive impact on the human brain.

Covering 16,000 women over the age of 70, Dr. Michael Greger, a physician and the founder of Nutritionfacts.org, said the women who ate more berries saw "delayed cognitive aging by 2.5 years." Dr. Greger points to the polyphenol phytonutrients as the main source of healthy brain function. These antioxidants are found in all berries, and they can be a solid fighter against the deterioration of the brain that eventually leads to Alzheimer's disease.

Adding foods to your diet that help regulate blood pressure and cholesterol levels could also have the same impact on your brain. Keep in mind that none of these have been proven to reverse the disease after it's been diagnosed, but they certainly helped slow down the progression.

6. Sleeping On Your Side Might Also Prevent The Disease

An anesthesiologist at Stony Brook University, Helene Benveniste, led a team of researchers to find that snoozing on your side, rather than your tummy or back, could ward off neurodegenerative diseases like Alzheimer's and Parkinson's. Although the studies were performed on rats rather than humans, the findings were pretty clear.

The glymphatic pathway is a part of the body that flushes out waste products from the brain by moving around used fluid. This pathway does its job a lot better when you're sleeping on your side than any other position; and you want this component of your brain to function properly because it gets rid of the accumulation of proteins, which is precisely what leads to Alzheimer's disease. Hey, couldn't hurt.

7. There Have Been A Lot Of Promises About Funding Research, But We Need More

At the end of 2015, Hillary Clinton announced that she's fighting for an Alzheimer's cure to arrive in 2025. She shared a decade-long plan that will give $2 billion a year to research, noting that these investments will help American families in the long run who are caring for their sick loved ones. Around the same time, Congress passed a bill that would raise research funding to $350 million in 2016, bringing the total amount to $1 billion.

While this is all good progress that our country desperately needs, it's simply not enough. In an article for the Huffington Post, Maria Shriver compares this amount of financial backing with what has been given to HIV/AIDS, cancer, and heart disease research — each of them have received well over the $2 billion mark. Shriver urges us to consider that Alzheimer's funding desperately needs to catch up if we ever have a shot at finding a cure.

More like this
This Psychological Effect Might Be Keeping You From Hitting Your Goals
By Lexi Inks
Black Women's Equal Pay Day Highlights An Upsetting Problem
By Brandi Neal
I Tried The Air Up Water Bottle, Which Flavors Your Drink With Scents
By Carolyn Steber
How Yin Yoga Delivers TLC To Tight Muscles
By Carolyn Steber
Get Even More From Bustle — Sign Up For The Newsletter