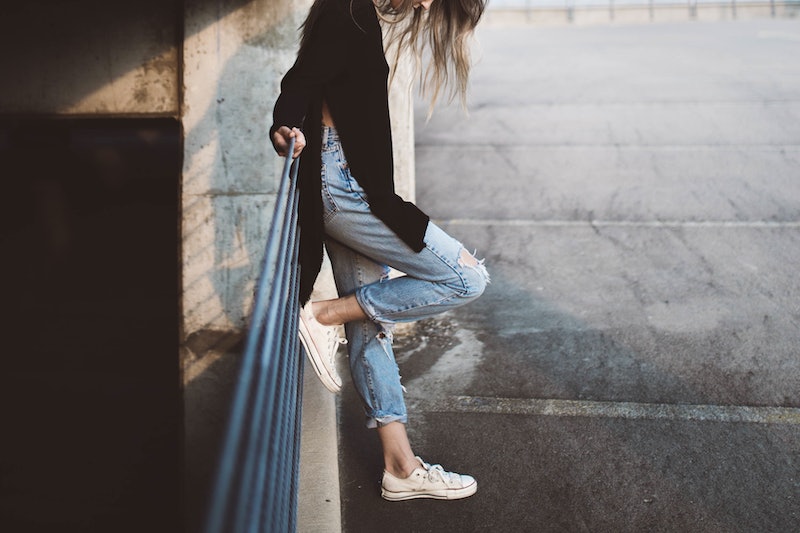 If you take a look at the major health issues in the world today, you'll see that most of them impact women more intensely that they do men. Woman are twice as likely to be diagnosed with clinical depression. In many developing countries, when a famine hits, women are the first to be severely affected by malnutrition. We make up two-thirds of the 5 million people in the United States who have been diagnosed with Alzheimer's disease. Unfortunately, none of this is a surprise for medical professionals — as the British medical journal BMJ reports, though women live longer than men on average, their health is often poorer: "Poverty, discrimination, and violence have a great adverse effect on women's health."

Beyond experiencing many health problems more severely than their male peers, women also have to deal with a whole other plethora of unique health concerns that don't affect men. Because of long-standing systemic gender inequality, women have been receiving lower quality care for these particular health issues for generations. Health ailments that only impact women are simply not considered a top priority when it comes to research, which is why funding is often pulled from crucial programs that improve women's health, leaving us without the treatment that we desperately need. The repercussions of this reach out much farther than the individual; our families and communities suffer when we're not at our very best.

Women are still trapped in a societal beauty myth, to an extent that most men have not experienced and likely never will.

We are expected to look a certain way — primarily thin, young, vibrant, and smiley — and if we don't, we catch a lot of heat for it. The emotional damage that comes from this burden is devastating, and studies now show that the rest of our bodies suffer from all the shaming we experience.

Jean Lamont of Bucknell University conducted two studies on 177 female undergraduate students, and found that women who reported higher levels of body shame had worse physical health than others. Their health problems included a higher rate of infections including yeast infections and bronchitis, as well as more frequent episodes of depression and anxiety. And research has shown that women spend so much time trying to censor certain bodily functions that are deemed "disgusting" by society – like menstruating, sweating, and eating — that they "become less responsive to those bodily functions" in general.

While it's true that many men wrestle with body image issues as well, there's no denying that women suffer from them on a grander scale. Sexist policing of women's bodies is a constant in our society. And this social control leads to a tangible decline in our physical health.

More than 250,000 women a year are affected by ovarian cancer, and it's responsible for three percent of all cancer cases among women. Women in any age or ethnic group can develop ovarian cancer, but Caucasian women are statistically more likely to be diagnosed. And the symptoms — which typically include bloating, pelvic or abdominal pain, and the constant urgency to urinate — aren't always easy to catch, which is why it can be so deadly.

The good news is that if ovarian cancer is caught in the early stages, women have a good shot at surviving and going on to live healthy, normal lives. Also, oral contraceptives can reduce the risk of developing this cancer for many women — some studies show that women who've been taking birth control pills for more than 15 years are up to 50 percent less likely to develop ovarian cancer.

260,000 women a year die from cervical cancer, and 85 percent of those deaths occur in developing countries. The leading cause for this cancer is HPV (human papillomavirus), the most commonly contracted STD. There is a vaccine for this cancer; but it's not being properly administered to girls around the world. As Leslie Mancuso, president and CEO of nonprofit health organization Jhpiego, wrote for the Huffington Post, stronger political will and support is needed in order for these preventative measures to be put into practice, because no woman should have to suffer (or die) from cervical cancer.

From prenatal care to miscarriage to premature birth, women face a lot of potential complications when it comes to pregnancy. What's even scarier is the fact that women in the United States are actually dying more from pregnancy and childbirth complications now than they were a handful of years ago. Every year, 60,000 women on average die from these problems. This jump in maternal deaths is thought to due to a number of factors, such as the rising number of American struggling with obesity and heart disease, as well as the fact that many women are now having children at later ages than they did in the past, and, most importantly, the lack of care women in general receive.

And if you examine the figures on maternal death from around the world, the numbers only get worse; 529,000 women die annually from pregnancy complications. 99 percent of those cases happen in developing countries. Nearly all of these deaths could be prevented — by better preparation by doctors, more effective healthcare centers, and investment in education and family planning resources. It's a human rights issue that deserves more time and attention — and more funding.

According to the Guttmacher Institute, 16 percent of sexually active women aged 15-44 use the pill for contraception, while only 9.4 percent rely primarily on condoms for birth control — which shows that, in our society, women are generally expected to do most of the work to prevent unwanted pregnancy in heterosexual relationships. And because of this, women often have to deal with some health dangers related to birth control, dangers that most men may not even be aware of.

Some formulationss of the birth control pill double the risk for blood clots in women, which can lead to heart attack, stroke or even death. And some hormonal forms of birth control can supress our immune systems, and even make us more susceptible to contracting HIV.

Unbelievably enough, many people still consider it taboo to talk about periods. In many developing countries, periods are often considered dirty and impure, which can lead to poor education about menstrual health and hygiene. Women in these areas often don't have access to the basic sanitary products they need to take care of their period, such as pads, tampons, and panty liners. But this is more than an inconvenience — women who aren't given the resources for menstrual hygiene can be vulnerable to reproductive tract infections.

Even in the U.S., there are women who can't get their hands on menstrual supplies easily — women from low-income neighborhoods, homeless women, and other can have a difficult time obtaining tampons and pads, and many shelters they go to aren't stocked with the right hygiene products.

We all deserve to have the hygiene of our menstrual cycles looked after, regardless of our age or demographic. Our health shouldn't become vulnerable just because we menstruate.

There are also long-term consequences of domestic violence on an individual's physical health. In addition to the actual physical damage caused to women by domestic violence — DV assaults account for 110,000 emergency room visits each year, and experts think that only 20 percent of domestic violence victims with physical injuries actually seek medical attention — abuse has been known to cause side effects including increased rates of asthma, diabetes, depression, and alcohol and drug abuse. The Center for Disease Control and Prevention (CDC) says all of these conditions can stem from the toxic stress that abuse dumps on a person. Due to these countless lasting ramifications, Joe Biden has named domestic violence a "public health epidemic" in the US.

Domestic and sexual violence, like all of these problems, disproportionately impact women — but that doesn't mean that only women should be aware of or responsible for helping change things. We owe it to ourselves, the women in our lives, and the women of the future to work our hardest to raise awareness about all of these issues, so that they can never be pushed to the sidelines again.

More like this
The UK Abortion Laws In 2022, Explained
By Sophie McEvoy
5 Ways To Stand In Solidarity With Women In America From The UK
By Sophie McEvoy
How To Fight For Reproductive Rights, Based On How Much Time You Have
By Courtney Young
How To Help Your Parents Talk About Mental Health
By Gina Tomaine
Get Even More From Bustle — Sign Up For The Newsletter