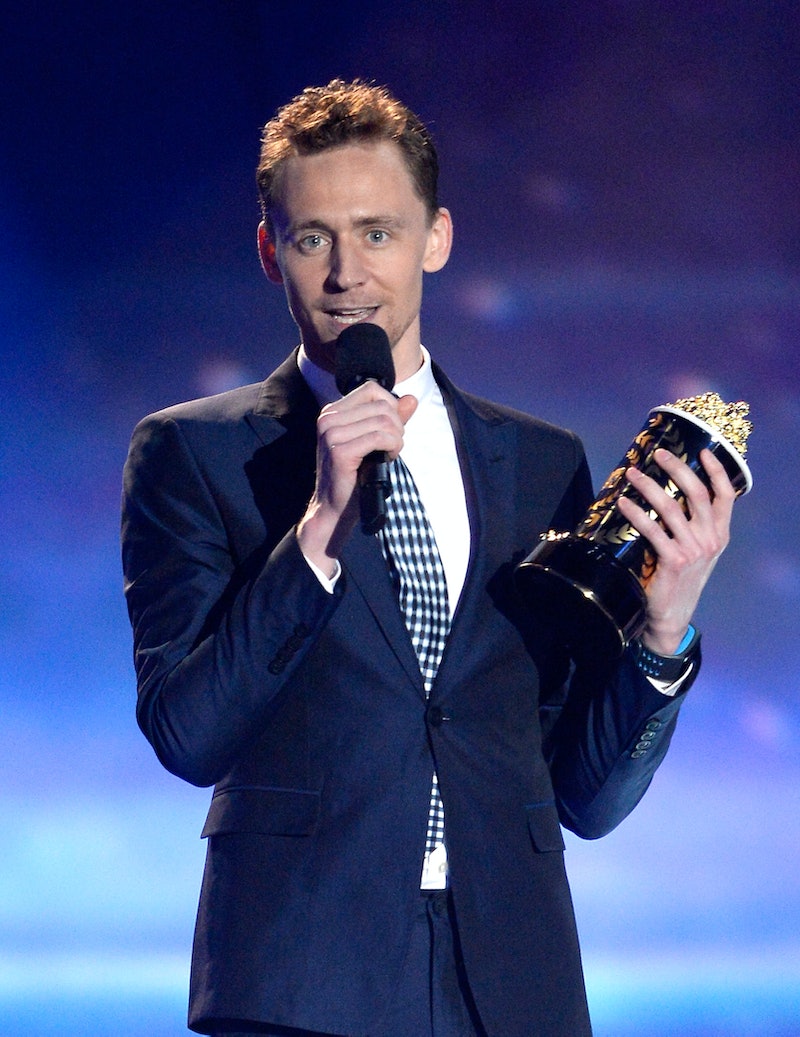 I'm going to need you to sit down for a second, because I'm going to drop a bombshell: Tom Hiddleston has never won a Golden Globe. In fact, he's never even been nominated for a Golden Globe, which means he's never actually had a reason to be at the Golden Globes. And that's a huge problem for me, because he's actually very awesome. I mean, seriously, the ceremony would be so much better if Tom Hiddleston always attended the Golden Globes. We've seen him at the Oscars, but we haven't seen him at the Golden Globes, and that is an actual travesty, because Hiddleston's red carpet antics are the stuff of legends. The only person who is better on a red carpet than Hiddleston is Benedict Cumberbatch, or maybe Jennifer Lawrence, but those two actors get more of an opportunity to prove their charm and hilarity than Hiddleston.

"But, Kadeen, what does this have to do with anything?" Um, watch it. Hiddleston is not only hilarious, but his dancing is the kind of stuff that I need to see happen on the red carpet. Imagine him busting a move in front of all of those cameras. Imagine that pre-show.

2. His Red Carpet Game Is On Fleek

Watch Hiddleston on pretty much any red carpet he's ever been on, and you will be subject to either smooth quotes you'll be repeating to yourself for weeks or hilarious moments that you'll be laughing at for months. His red carpet game is seriously on fleek, and we haven't even gotten inside to the awards yet.

Why has Hiddleston not hosted the Golden Globes? Imagine him singing his opening monologue. Because he can do that if he wants to. Excuse me while I swoon.

4. The After Parties Would Be Too Real

I'm running low on pictures of Cumberbatch and Hiddleston, and I need a reminder that their friendship is my #RelationshipGoals. That reminder should come at the Golden Globes, don't you think?

I'm not exactly sure how he'd work this into the ceremony, but I feel like he could probably do it if he really put his mind to it.

6. He Looks Damn Good In A Suit

This is kind of a shallow reason to want Hiddleston at the ceremony, but I don't think there are enough pictures of him in a suit in my life. And I need that rectified, um, immediately.

7. This Picture Pretty Much Sums It Up

I want to live in such a world.

At the end of the day, Hiddleston's appearances at the Golden Globes are way too few and far between for me to be satisfied. He's not only a phenomenal actor, but also a fantastic and hilarious person who would elevate the ceremony to a whole new level. If he's not at this year's Golden Globes, then he should at least host the next one. My Tom Hiddleston obsession needs to be fed, Hollywood, get on it.