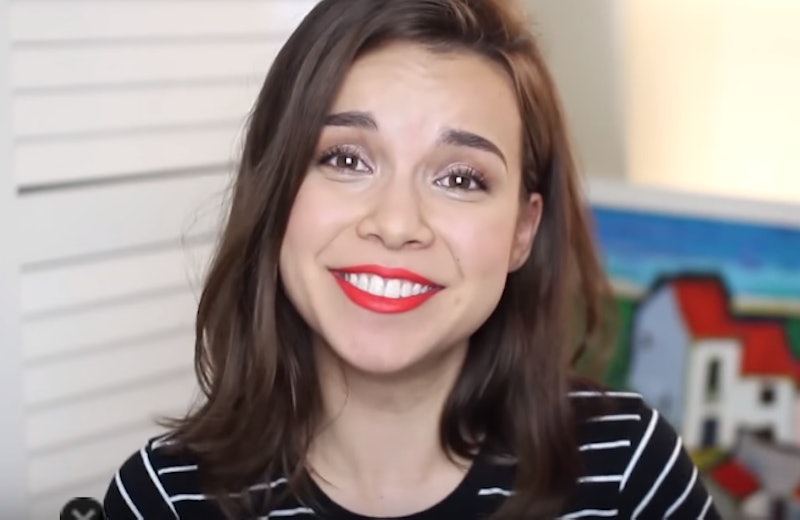 Prepare the tissues, folks, because Cosmopolitan recently rounded up the most inspirational coming out videos on YouTube, and it's a doozy (in the best way, of course.) The eponymous video features some of the website's most heartwarming coming out stories, from established vloggers like Troye Sivan to relative unknowns whose coming out stories were often the impetus for going viral. No matter their amount of Internet fame, though, each story makes it clear how much of a leap of faith the prospect of coming out requires for many LGBTQ people — but also how rewarding it can be when it goes well.

With the legalization of same-sex marriage and historic advances in laws protecting LGBTQ people, it's easy to assume that homophobia is on its way out in the modern day. However, the reality is that many LGBTQ people still face discrimination, even from the places they would least expect it; even if someone knows intellectually that their family is likely to accept them for who they are, there's no way to know for sure until they come out. As a result, a common refrain in the video is relief: Relief that it's out there, relief at being accepted, and relief that they can stop pretending to be someone they're not.

"I'm gay. It feels so good to say that," beauty blogger Ingrid Nilsen says in her now-famous coming out video, and others echo the sentiment again and again.

Then-high school senior Jacob Rudolph sums up the feeling of pretending to be someone else in a coming out speech that later went viral. "I've been acting as someone I'm not... You see me acting the part of 'straight' Jacob, when I am in fact LGBT," he says. "I am what I am, and that's how I'm going to act from now on."

If four minutes of watching people proudly accept themselves isn't enough to make you reach for the tissues (you heartless monster), the reactions of their audiences are sure to do so. The stereotype of people "always knowing" someone was LGBTQ turns out to be kinda-sorta based in truth; many say they were just waiting to be told in person. Most notably, one mother uses props to express her total lack of surprise when her son came out.

Of course, a montage of successful coming out stories only serves to highlight the fact that too many LGBTQ people have a very different experience. More than 40 percent of homeless youth identify as LGBTQ, with family rejection being the most common factor for their homelessness. Furthermore, the Human Rights Campaign writes that LGBTQ youth are twice as likely to be physically assaulted at school than their non-LGBTQ peers.

On the other hand, it really does get better — not just as LGBTQ youths grow up, but as society grows to accept them. Would there have been as many successful coming out videos twenty years ago? Probably not, and that's what makes Cosmopolitan's montage so powerful. Check out the video below: