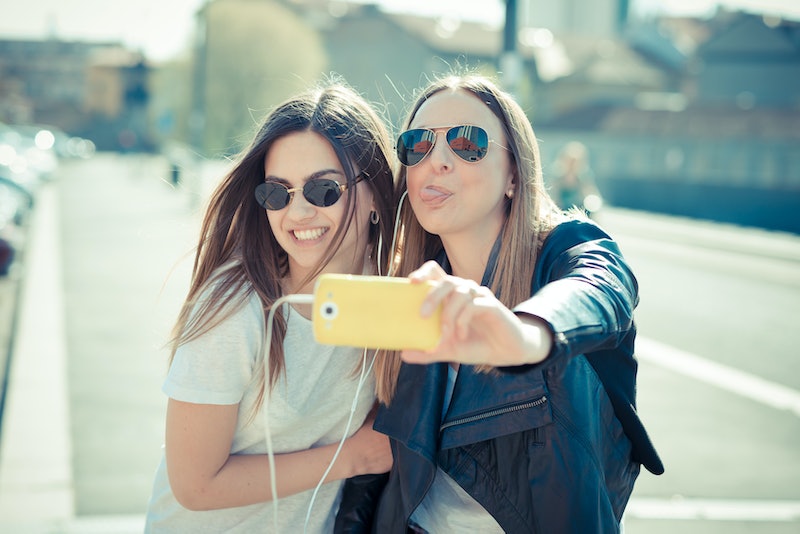 There are books and books out there full of dating and relationship advice. And — who knows? — there might be thousands of ones on valuable friendship advice, too, but I'm not aware of them, and I don't think many people are. We live in a culture obsessed with gathering wisdom about romance and less obsessed with improving other relationships. And that's too bad, because a lot of the issues we come across in our love lives also rear their heads with our friends.

The principles behind popular dating wisdom, like self-respect and honesty, apply to all interactions. So, the dating guides on our shelves and the Internet can actually teach us a lot about friendship. Yet we mistakenly view friendships and romances as fundamentally different for several reasons. First, we often unthinkingly stumble into friendships yet carefully consider who we date. Secondly, we assume most romances will end some day but keep our friendships going by default. And thirdly, we assign romantic partners a more prominent role in our lives than our friends. These views shield us from important truths that are relevant to relationships of all sorts.

Here are some oft-cited dating lessons we should also be applying to platonic connections.

If we text a love interest a few times and they don't respond, we usually take the hint. Yet many of us stay in friendships where we're sending three texts for each one our friend sends. Those relationships are not beneficial to our self esteem or worth our time.

2. It's Called A Breakup Because It's Broken

The book by this name points out that romances end for a reason, usually because two people incompatible or one is not treating the other right, and couples that have broken up are usually beyond salvation. So, why do we always feel like we've failed when friendships fall apart and expect our friend breakups to one day be remedied?

We probably assume falling-outs are temporary because we don't typically foresee friendships ending in the first place. But when friendships end, just like relationships, it's usually because two people are not suited to be friends or someone has not been fair to the other. We should accept friend breakups as part of life just as we accept romantic ones rather than view them as temporary problems to be fixed.

Relationship experts often say that keeping track of past wrongs partners have committed against each other destroys relationships. For example, when someone cheats, the relationship can't continue if the other person uses the cheating as ammunition against the cheater during future fights.

Similarly, a lot of us have been in friendships where we thought everything was smooth sailing, and then it turned out someone was still mad about something from the past. Due to the expectation that friendships will last forever, we repress anger toward friends instead of just ending the friendship, and it surfaces later. When a friend wrongs you, you have to either forgive them or end the relationship. It's not fair to bring it up later in response to an unrelated conflict.

We're far more selective with potential romantic matches than we are with friends, since we expect our significant others to become bigger parts of our lives. In fact, we often don't even always think of friendships as choices; we sometimes find ourselves befriending people just because they show interest in us and it's convenient.

But even if we don't plan to spend as much time with friends as we would with partners, they can still have a huge influence on us. It's better not to befriend just anyone but to consider what qualities we're looking for and who makes us a better person. If you choose friends who are unkind or untrustworthy on the grounds that it's just a casual relationship, beware: It won't feel so casual when they talk about you behind your back or habitually bail on plans.

5. Don't Depend On Anyone To Meet All Your Emotional Needs

We view friends as the stable net we can fall back on after breakups, but the truth is, no relationship is set in stone. When we put all our stock in one friend or group, we risk being left friendless if that relationship ends. Jiroemon Kimura, the oldest man to ever live, said he survived the loss of nearly everyone he knew by gaining happiness from his entire life, not any single person or thing. Whether the proverbial basket is a significant other or a friend, you diminish your resilience to breakups by placing all your eggs in them. And when it comes to meeting your emotional needs, no friend or significant other can or should take the place of you.