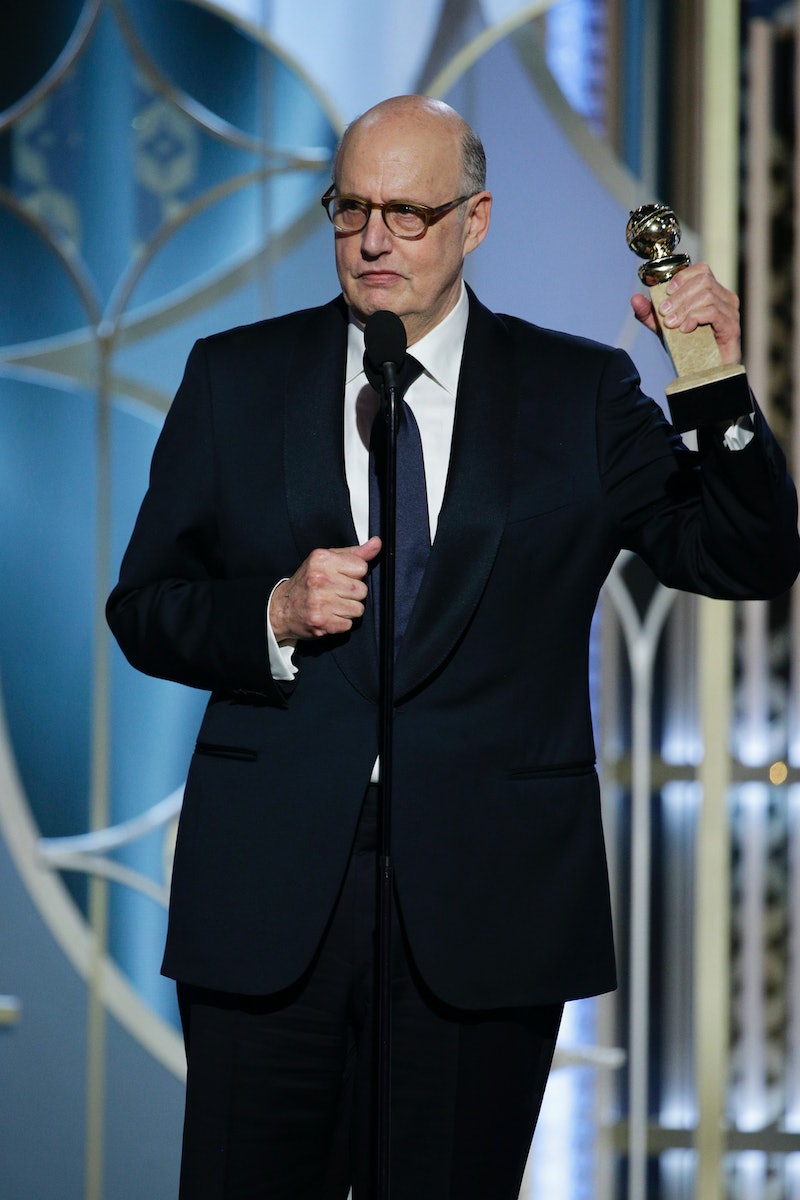 For TV and film fans like myself, we are entering the most magical and entertaining time of the year — awards show season. And, with the Golden Globe Awards airing Sunday, Jan. 10 on NBC, fans are gearing up for an fun evening. The Golden Globes are always a particularly exciting event as the show represents the best in all entertainment, both television and film, and is often an indication of Oscar nominees and winners. So, who will win at the 2016 Golden Globe Awards?

At an event where the big screen and small screen collide and categories are broken up between comedy and drama, it’s always interesting to see who is nominated, who wins, and who loses. It’s heartbreaking to see shows and actors you’ve invested in walk away empty-handed. But, it's fascinating to see how both the drama and comedy film categories could foreshadow the upcoming Oscars.

Though Amy Poehler and Tina Fey are not hosting this year (*sob*), there should still be plenty of laughs with host Ricky Gervais and fun with Amy Schumer and Jennifer Lawrence nominated in the same category. So, who is going to win big this year? Here are my predictions.

While it’s interesting to see an action film, Mad Max: Fury Road, make the list — because everyone who saw the film can agree there's more to it than a car chase — it’s hard to think that it can top the big-hitters like Carol, The Revenant, and Spotlight. With strong performances, a costume setting, and pertinent subject matter, Carol is the frontrunner in this category.

Best Performance By An Actress In A Motion Picture — Drama

Carol’s leading ladies are both represented in this category, but Brie Larson’s performance in Room should not go unnoticed. In fact, 2015 was a big year for Larson’s career, launching her into “it girl” status.

Best Performance By An Actor In A Motion Picture — Drama

Will Smith’s role in Concussion has been discussed following what many considered to be a SAG snub. While Leonardo DiCaprio has won Golden Globes in the past — it’s the Oscar he still covets — audiences always are curious to see his fate at award ceremonies. But Eddie Redmayne is basically an actual chameleon and should probably win.

2015 was the year of Amy Schumer, so Trainwreck should obviously win.

Maggie Smith, The Lady in the Van

Again, I am going to have to go with Amy Schumer. Friends, and frontrunners, Jennifer Lawrence and Schumer, have been hilarious and supportive of each other in this category — Lawrence even commented that she wanted the pair to wear matching dresses.

While The Big Short makes two appearances in this category, the film faced a lot of flack for its lack of diversity. Matt Damon was able to captivate in The Martian, as he remained a scene stealer even though his character was mostly uncontested. And, Mark Ruffalo’s performance as a father with bi-polar disorder in Infinitely Polar Bear was heartfelt and genuine. I'd say it would come down to Damon and Ruffalo.

It should be noted that Game Of Thrones won the 2015 Emmy, favoring it for further recognition.

Best Performance By Actress In A Television Series — Drama

Viola Davis, How To Get Away With Murder (ABC)

Viola Davis notably took home the 2015 Emmy in this category. Could it be a repeat? Or, will Taraji P. Henson’s take home the award for beloved role Cookie Lyon? It's a toss-up between two great choices.

Best Performance By Actor In A Television Series — Drama

Hamm won the Emmy and I think Hamm is going to win the Golden Globe. That being said, Wagner Moura did learn Spanish for Narcos and gave a really strong performance in a biographical series. Still think it's going to Hamm, though.

Mozart In The Jungle (Amazon)

Orange Is The New Black (Netflix)

Best Performance By Actress In A Television Series — Musical Or Comedy

As talented as all of the women are in this category, it kind of feels like we should stop calling awards like this one Best Comedic Television Actress and start calling it the Julia Louis-Dreyfus. Can we all just agree that Julia Louis-Dreyfus is the Meryl Streep of television awards? (Or is Meryl the Julia of film?) However, Julia has never won a Golden Globe in this category (she has won for supporting actress), but she did win the Emmy for Veep for three consecutive years. Could this be her Golden Globe year?

Aziz Ansari, Master of None (Netflix)

While Jeffrey Tambor won for Transparent last year — and took home the 2015 Emmy — Aziz’s Ansari’s performance in his semi-autobiographical series could be a winner. Ansari’s series brought a fresh perspective and the buzz from the Netflix show should be factored in. But, Gael Garcia Bernal’s Mozart In The Jungle performance has also been favored to win. This is a close one, but I'll give it to Ansari.

Tune in Sunday to see how things pan out!