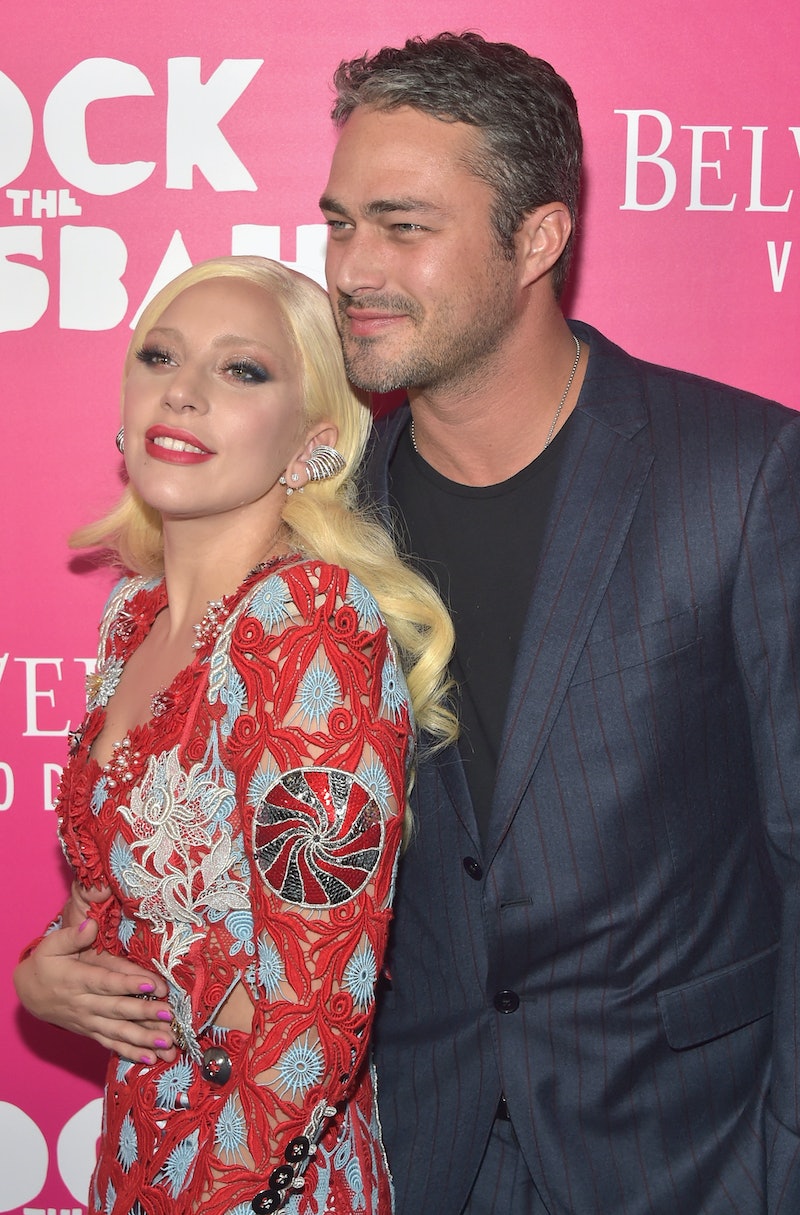 I love a good celebrity couple, and the more private, the better. It just makes me want them more, you know? Among my favorite famous duos is Lady Gaga and Taylor Kinney. When Kinney proposed last year, I was almost as excited as I would be if my own boyfriend actually proposed! The two are seen sometimes in public, but they’re not exactly flaunting their relationship for the camera. Kinney, who is currently starring on Chicago Fire and in the new horror movie The Forest with Natalie Dormer, won a People’s Choice Award for Favorite Dramatic TV Actor (for Chicago Fire), and in his acceptance speech he spoke of his lady (Gaga) love.

When Dormer presented Kinney with the award (don’t worry, he gave their new movie, which I am very excited to see, a little plug), I didn’t expect much more than the requisite, “Thanks to the fans, I love my job” speech. And he did do that part — the thanking of the fans and his mother and his manager, but then he started talking about his “fiancée,” aka Gaga. He talked about what an inspiration she is to him everyday and how he just can’t imagine life without her and how she wished that she could be there with them. Swoon!

Gaga is probably busy shooting American Horror Story: Hotel, eating Matt Bomer alive, or singing songs with Tony Bennett. She has a busy schedule. But it’s nice to know that she and her fiancé are thinking of each other when they’re miles apart. I don’t know about y’all, but I absolutely can’t wait for their wedding! I can only imagine the spectacle of love it will be — doves, lobster claws, and Brooke Davis (because Sophia Bush stars on Chicago Fire sister show Chicago P.D.). I may become a paparazzo just for that afternoon. Congrats to the happy couple, and congrats to Kinney on his People’s Choice Award!