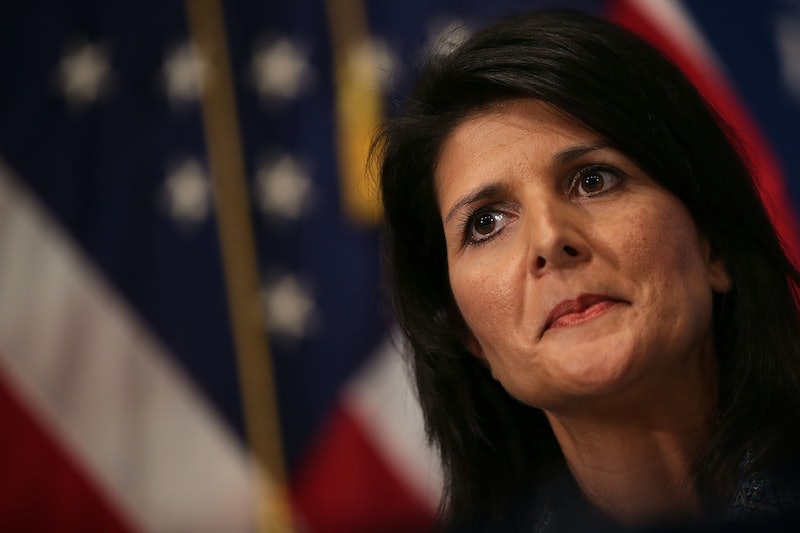 The Republican party has strategically selected South Carolina governor Nikki Haley to give a rebuttal speech after Obama makes his last State of the Union address next Tuesday. According to the president, this last address will possess an overwhelming air of optimism for the future of America, giving 2016 presidential candidates — both Democrat and Republican — a chance to explain how they'll contribute to that better future.

In a YouTube video published by the White House, Obama outlines his plan:

What I want to focus on in this State of the Union is not just the remarkable progress we’ve made, not just what I want to get done in the year ahead, but what we all need to do together in the years to come: The big things that will guarantee an even stronger, better, more prosperous America for our kids ... I don’t think I’ve ever been more optimistic about a year ahead than I am right now.

According to ABC News, Obama is expected to steer clear of tradition and avoid dryly outlining legislative moves. The broad scope of his address will make it more difficult for Haley to focus in on specific partisan points. Instead, she's going to have to play offense and prove that the Republican party will bring that better future (or at least the GOP's definition of a better future) to fruition. The GOP made a smart decision by choosing Haley to define the future of America for Republicans — and more importantly, for moderates.

Last summer, the South Carolina governor landed in the spotlight when she supported the removal of the Confederate flag from her state's capitol. The move gained her respect from both sides of the partisan coin. In the midst of a turbulent presidential primary campaigns, garnering bipartisan support is an especially elusive feat. Instead of gaining popularity by being divisive and/or controversial, like so many other political figures have, Haley has stood as a pillar of unity. Her spokesman, Rob Godfrey, explained her position to The Guardian:

When the question of the flag arose, the governor, as the daughter of parents who encouraged her to focus more on what brings us together than what makes us different, it came down to one simple thing – she couldn’t look her son or daughter in the face and justify that flag flying at the statehouse, which should be a place of unity for the people of our state.

This image of unity is uncharacteristic of the GOP, considering its recent behavior. Just this week, Republican presidential candidates like Marco Rubio (who has been selected in the past to make the rebuttal address) voraciously fought against Obama's executive orders on gun control, accusing them of being part of a bigger plan to undermine the Second Amendment. They sought to evoke paranoia, and drew hard lines. Currently, the party is characterized by candidates who champion bigotry by singling out certain minorities, such as Muslims. Haley was raised as Sikh — a religion influenced by Islam, but often wrongly mistaken for it.

She is indeed a breath of fresh air, but it doesn't mean she's a manifestation of unity on all fronts. Despite her background as a religious minority, Haley opposes allowing Syrian refugees into South Carolina. Thus, though she's more moderate than most high-profile Republicans, that moderation is still relative. The GOP might be starting to regret the way it's become an object of derision in America, but it's still not willing to undergo a complete change of attitude.

At first glance, Haley — a female Indian-American — is an unlikely candidate for the position she's been assigned by her party. But after taking a closer look, it's quite possible (and hopeful) that the Republican Party is trying to take a softer approach and become less ideologically rigid. She makes the GOP appear more inclusive and moderate than more right-wing Republicans, like Donald Trump or Ted Cruz, who alienate more moderate or left-leaning voters. If Haley can simply avoid creating a greater divide across partisan lines, she'll be doing the Republican party a huge favor by appealing to the greater masses, and garnering a broader viewership that will likely include both Republicans and Democrats who agreed with her decision to let the Confederate flag finally fall.