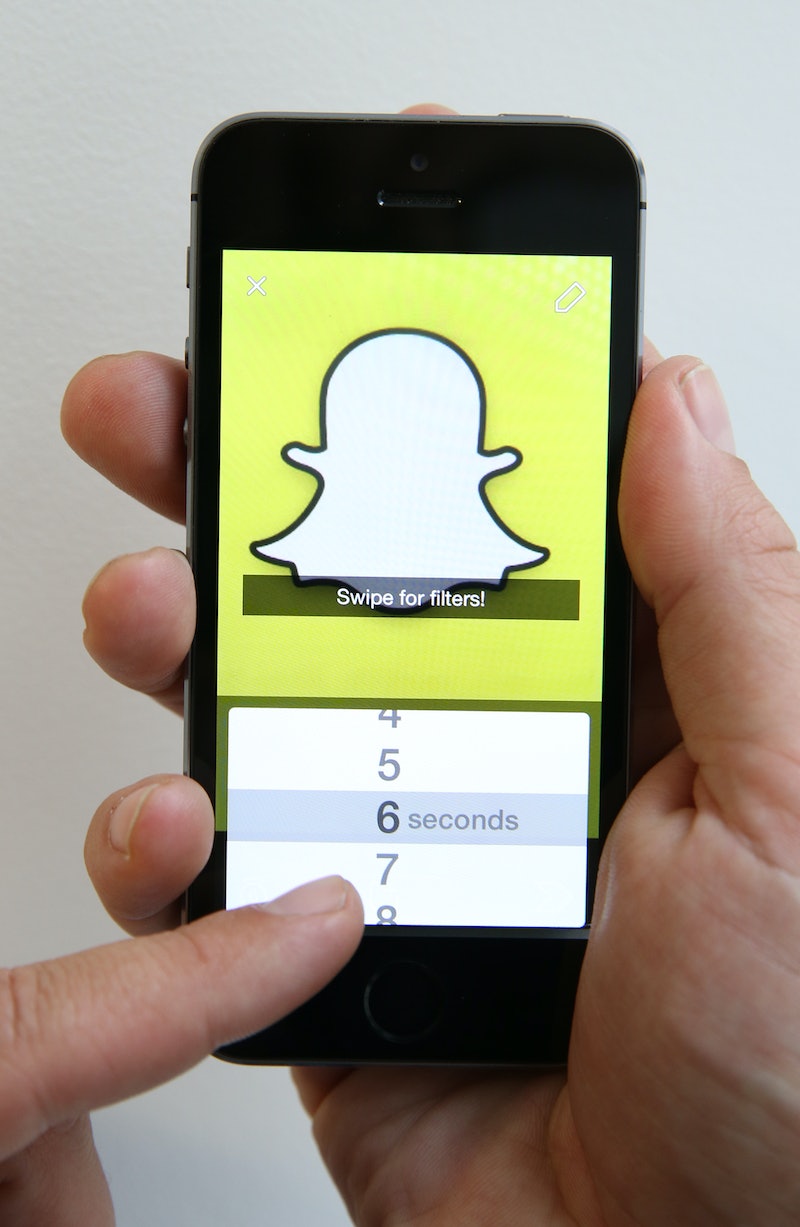 No doubt, Snapchatters, you've already heard the bad news by now: The Lens Store is shutting down. But, you may be wondering, why is the Snapchat Lens Store closing? Not a ton of details have been released yet, but apparently they're making room for new and exciting features — so at least there's that, right?

I know, I know. How will you get through the daily grind without sending a snap of you vomiting rainbows to your bestie? The good news: The lenses themselves aren't going anywhere. Here's the deal: as of Friday, Jan. 8 at 12:01 AM PT (yes, this is down to the minute guys) Snapchat is "closing" the Lens store. If you've already bought lenses, don't panic — they'll still be available to you. The only difference is that when the store closes, lenses will no longer be available for purchase, so if you think your Snaps are significantly improved by the addition of a certain lens or two, get on it!

The closing of the Lens store is not the only change coming to Snapchat. 10 free lenses will be available in the Snapchat app every day — a notable upgrade from the previous seven daily freebies — so even if you don't want to fork over 99 cents for your favorite lens, your Snapchat game can still be pretty creative. As a heads up, however: Some of the most popular Snapchat lenses won't be available for free for a while, so again, if you're in love with a certain one, consider the 99 cent investment (your friends will probably appreciate it).

Change is hard, I know. Snapchat has actually had some pretty awesome developments over the years, though, so if the reason for the loss of the lens store is to make more of them, then it can't be all bad, right? Let's look back on five of the best features that have been added to the app over the years:

1. You Can Earn Trophies

Snapchat trophies are basically little rewards you earn for doing various activities on the app, like sending video Snaps. You can view how many trophies you have by going to your profile and holding down the trophy icon. Easy! Rewarding! Addicting!

2. You Can Basically Make Your Own Movie

Okay, so, it's a little bit of an exaggeration to assert that you can make your own movie on Snapchat; however, the app did roll out a few really cool video related features this past October. Snapchat allows you to use three video lenses, called Speed Modifiers: Slow-motion, fast forward, and rewind. So yes, you can slow down that embarrassing snap of your friend falling and savor every single second.

3. "Add Nearby" Let's You Meet Friends and Fall in Love

Back in July, Snapchat added a really neat feature that turned Snapchat into a means of meeting new people. Basically, if you're logged into Snapchat and have the "Friends Nearby" screen open, Snapchat allows you to add people (and vice versa) based on your location proximity. So, instead of the usual means of adding friends (which requires you to know someone's username) you can add people close by to you, which is potentially cool if you're at a concert, sports game, or on vacation and wanting to meet new people.

It's true! While emoji have become pretty engrained in our texting, they haven't always been available for use on Snapchat. For a while, users could add a single emoji at a time through the text feature, but as of last August, Snapchat allows you to use as many emoji as you want, through their Sticker Picker feature.

As of November, Snapchat released a feature I think is actually really cool. Story Explorer allows users to "simply swipe up to see more Snaps of that same moment — from every perspective," as they explain on their Snapchat blog. To my understanding, the feature is essentially a "see more" or "see related" option, as you would find on other social media and news sources, but the ability to literally see moments from the perspective of others is super cool and enthralling. I think this feature is particularly useful if you're at a large sporting event, or wishing you had a front row view at your favorite concert. Sharing "point of view" memories is definitely one of my favorite Snapchat features.

So, there you have it! While it's a bummer to see the Lens store go, Snapchat has successfully released tons of new features over the years, so I have faith their new additions will also be fun and exciting. And remember! You still have time to buy your favorite lenses, so you can send unlimited pictures of yourself vomiting rainbows for (relative) eternity.

More like this
How To Use The Crying Filter On Snapchat, TikTok, Instagram & More
By Emma Carey
Why Can’t I Go Live On Instagram?
By Emma Carey
How To Add Music To An Instagram Post
By Emma Carey
The True Meaning Behind Each Hand Emoji
By Bustle Editors and Emma Carey
Get Even More From Bustle — Sign Up For The Newsletter