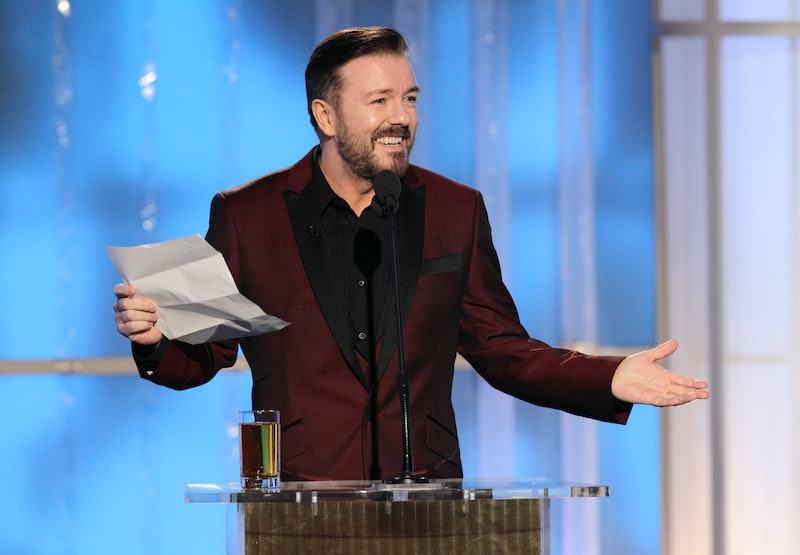 It is awards season, which means we get to indulge in cringeworthy red carpet questions, champagne, and celebrity speeches for the next few months — yay! While this time of year is a lot of fun for viewers at home (and probably actors, performers, directors, producers, etc.), there's a lot of hard work that goes into an award show — and there are even more rules. While most of us are trying to balance a Thursday night of Shondaland, the Hollywood Foreign Press Association is trying to figure out how to classify a television show for the upcoming Golden Globes. This year, the 2016 Golden Globes rules have changed, and while sitting at home and screaming "Let Leo shine!" at your TV is really delightful, I also want you to be as informed as possible to the rules of the road this Globes season.

There have been a handful of changes that have occured prior to the 2016 Golden Globes. Some of the tweaks are minor enough to not create any large shifts in nominations, while other changes may have a few more reverberations. Why? Because Netflix. Netflix, and other streaming services, are like the one vegetarian friend at your dinner party. You have to rethink and readjust everything to accomodate them. This year, one of the largest changes involves the definition of a TV series and motion picture. Here are the rule changes you need to know going into the 2016 Golden Globes:

Additional rules remove any mention of press conferences for nomination standards (something you, as a viewer, probably never thought about) as well as clarified rules for producers and foreign language films.

So, by now you're thinking, "Great, and how does this affect me and my shows?" Well, the definition of a TV show will be affect shows like Sherlock, who might average three or four episodes a season (but mark well over 150 minutes).

Also, the idea that works that are released simulataneously in theaters and on streaming services, like Netflix, affects the eligibility of Netflix's Beasts of No Nation. Idris Elba was nominated for his work in the drama motion picture in the Best Supporting Actor category, as the movie received a limited release in theaters and a global release on Netflix.

Overall, the rules don't affect too much this year. Moving forward, it will be interesting to see how TV series and motion pictures adjust to work along side the new rules.