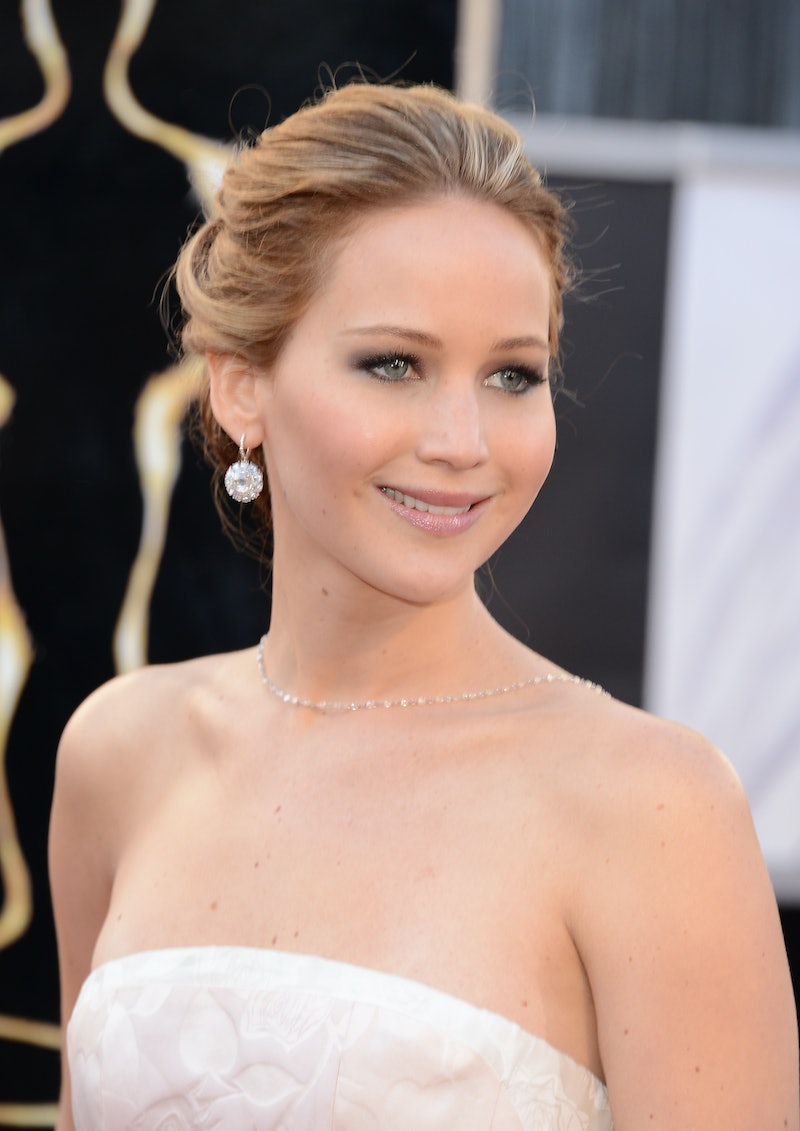 Jennifer Lawrence's critical and commercial success has not gone unnoticed. Is it too obvious to say that she's kind of a big deal? Whatever. I'll say it anyway: Jennifer Lawrence is kind of a big deal. Ever since the humble and humorous Lawrence fell onto the scene — a bit literally, at times — no one's been able to stop discussing her acting chops... the Academy of Motion Picture Arts and Sciences included. But, considering her popularity, how many Oscars does Jennifer Lawrence have? Especially with the 2016 Oscar nominations coming up on January 14, it's a question worth asking.

Well, surprisingly, even though she's racked up a fair amount of accolades during her time in the Hollywood spotlight, Jennifer Lawrence only has one Oscar.

The actress has landed highly coveted roles over the course of her career, and in every single one, she's killed it. From the little indie movie Winter's Bone to the entire The Hunger Games franchise, Lawrence always, always brings her A-game. It's no surprise then that the actress has been honored with awards and nominations over the past couple of years, but it is a surprise that, despite being nominated three times by the Academy, she's only won once.

As for the portrayal that finally landed Lawrence the Oscar win? That was Silver Linings Playbook.

Now that the Oscars race has officially begun, people are speculating which — if any — of Lawrence's roles will get her a nomination. Katniss Everdeen in The Hunger Games trilogy, the titular character in Russell's Joy, or neither? Despite The Hunger Games' massive success, it's not likely the actress will pick up a nom for Katniss — she's never been nominated for a Hunger Games film before, so the Academy probably won't start now. The movie Lawrence does have a fair shot with, however, is Russell's Joy.

Joy is Lawrence's third collaboration with Russell, and in her role, Lawrence doesn't disappoint. She gives a balanced and nuanced performance as the real life Joy Mangano, an entrepreneur that invented household items like "The Miracle Mop" and "Huggable Hangers."

If Lawrence walks away without a win this year — or even a nomination — it won't be indicative of any waning talent. With Lawrence's track record, I can almost say for certain that she'll be nominated again, and again... and again. This is just the beginning of a long (and probably Oscar-filled) career for J. Law. Mark my words.