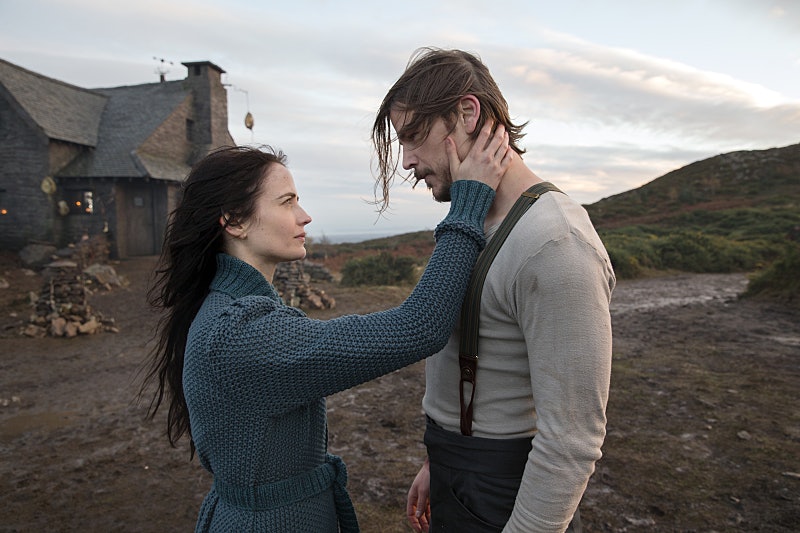 Who needs a good night's sleep? I'd prefer a new episode of Showtime's horror-drama series Penny Dreadful any time. The show's second season dodged the sophomore slump curse, introducing new characters and throwing the familiar ones into even more, well, dreadful situations. At the core of Penny Dreadful's ensemble is French actress Eva Green, whose work as the ever-haunted Vanessa Ives has earned her a 2016 Golden Globe nomination for Best Performance By A Leading Actress In A Television Series, Drama. When fans last saw Vanessa, she'd managed to survive being the target of a powerful coven of witches, but only by embracing her own inner darkness. What terrors will she face when Penny Dreadful Season 3 premieres?

Though Penny Dreadful may be unpredictable in a lot of wonderful, creepy ways, it does have one point of total consistency: Vanessa Ives will never be at peace. With her companion Sir Malcolm on his way to bury his friend Sembene and her almost-lover Ethan Chandler being extradited to America, Vanessa is left alone at the close of Season 2, with only her demons to keep her company.

Showtime renewed Penny Dreadful for Season 3 in June of 2015, before the Season 2 finale even aired. In a press release, network president David Nevins reinforced Showtime's support of the series, saying, “John Logan’s brilliant writing and this amazingly talented ensemble continue to draw a passionate, global fan base into the meticulously crafted world of Penny Dreadful." The show has a nine-episode order for this upcoming season, splitting the difference between Season 1's eight episodes and Season 2's 10.

Filming for Penny Dreadful Season 3 appears to have begun in Dublin, Ireland this fall, as series regulars like Billie Piper (undead feminist and femme fatale Lily) and Josh Hartnett (Chandler) were spotted by fans and the press while shooting on location. In November, Showtime released a tantalizing preview image for Season 3, featuring Green and newly promoted cast member Patti LuPone. The actress made quite an impression as the Cut Wife in the Season 2 episode "The Nightcomers," but that character won't be making a miraculous return.

Instead, Showtime announced that while LuPone will be back on board for good, this time she'll play "Dr. Seward, an American therapist who treats Vanessa with an unconventional new approach." It's an approach that apparently involves a strait jacket and a padded cell, so the show's tortured heroine is still 0/0 on catching a break.

Showtime has not set a premiere date yet for Season 3 of Penny Dreadful beyond assuring fans that the show will return in 2016. Season 2 kicked off on in May of 2015, and Season 1 premiered the April before that. So if the trend holds, expect to see new Penny Dreadful episodes in the spring. By that time, Penny Dreadful may be touting a Golden Globe-winning leading lady, should Green hear her name called this Sunday evening.

In the meantime, get psyched for more sleepless Penny Dreadful nights with Vanessa and friends by watching this Season 3 teaser trailer.