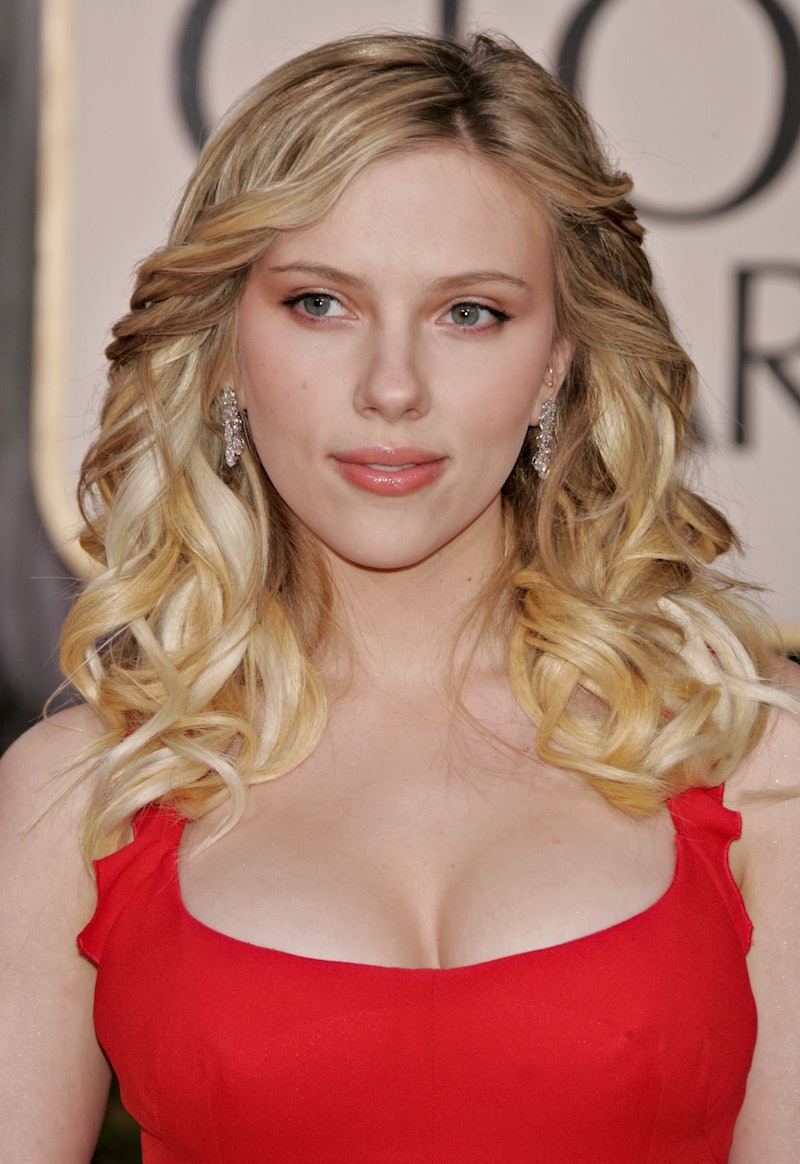 Ready for a red carpet time warp? Ten years ago, the 2006 Golden Globes were defined by one dress, a sexy red number worn by none other than a 21 year-old Scarlett Johansson. Nominated for Best Supporting Actress for her role in the drama Match Point, Johansson attended the ceremony wearing a (fittingly) scarlet body-hugging 2006 Valentino gown, and she looked incredible. The gown featured a plunging scoop neckline and a statement ruffle running along a side slit, and it showed off Johansson's curvy figure in the best way possible. The actress and her style team accessorized the look with crimson satin heels and simple jewelry. Although 2006 had some dubious trends — like mall fashion — Johansson's look has withstood the test of time.

Johansson's look was one of many yet to come — the actress' style choices have only gotten better with age. Even better yet, she's built on her already impressive resume, with recent roles ranging from Black Widow in the Avengers (be still, my heart) to the voice of a computer in the critically acclaimed Her. Though the actress has yet to snag a Golden Globe (for ridiculous reasons, by the way), she's proven that she's one of the top actresses in Hollywood.

Now that's the perfect red. It put the red carpet to shame.

The dress looks even more gorgeous in motion.

It's gorgeous from behind as well.

Here we see makeup in a world before brows on fleek and excessive contouring. A simpler time. Come back, 2006.

While I'm still totally behind this entire look as classic and perfect, I spy chunky highlights. Does it take away from the look?

Nope. That is a look well done.