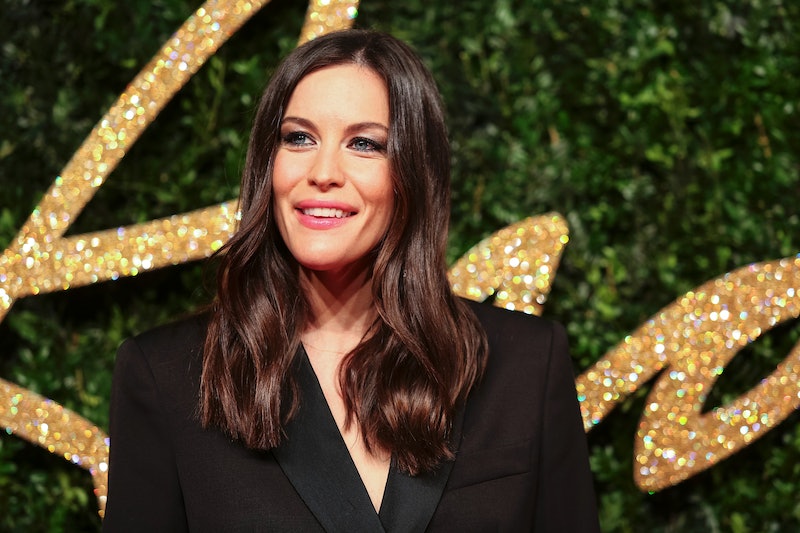 Well, that was fast! Less than a year after welcoming a baby boy, Liv Tyler is pregnant again! The actor announced the news on Instagram on Friday, Jan. 8, writing, "Oh my goodness it seems the stork is visiting us again!!!! I am growing another little Tyler Gardner in my belly. our family is growing!!! So grateful. @davidgardner I love you." There were also a bunch of heart and rainbow emoji included, so you know she's excited!

In February 2015, Tyler welcomed her son, Sailor Gene Gardner, with boyfriend Dave Gardner. Sailor was the first child for Tyler and Gardner as a couple, and the second for Tyler, who also has a son with her ex-husband, musician Royston Langdon.

During her pregnancy with Sailor, the Leftovers star used the opportunity to share some pretty adorable pictures with her followers. For instance, she dressed up as a "bun in the oven" for Halloween. Here's hoping she has some more punny jokes and cute photos to share this time around!

So far, it seems like that might be the case. With her pregnancy with Sailor, the news was shared by "sources" long before Tyler actually confirmed herself. But this time, she took it upon herself to share the news on social media with a beautiful photo of herself rocking her baby bump at the beach. And she looks overjoyed! Congrats, to Tyler and Gardner!