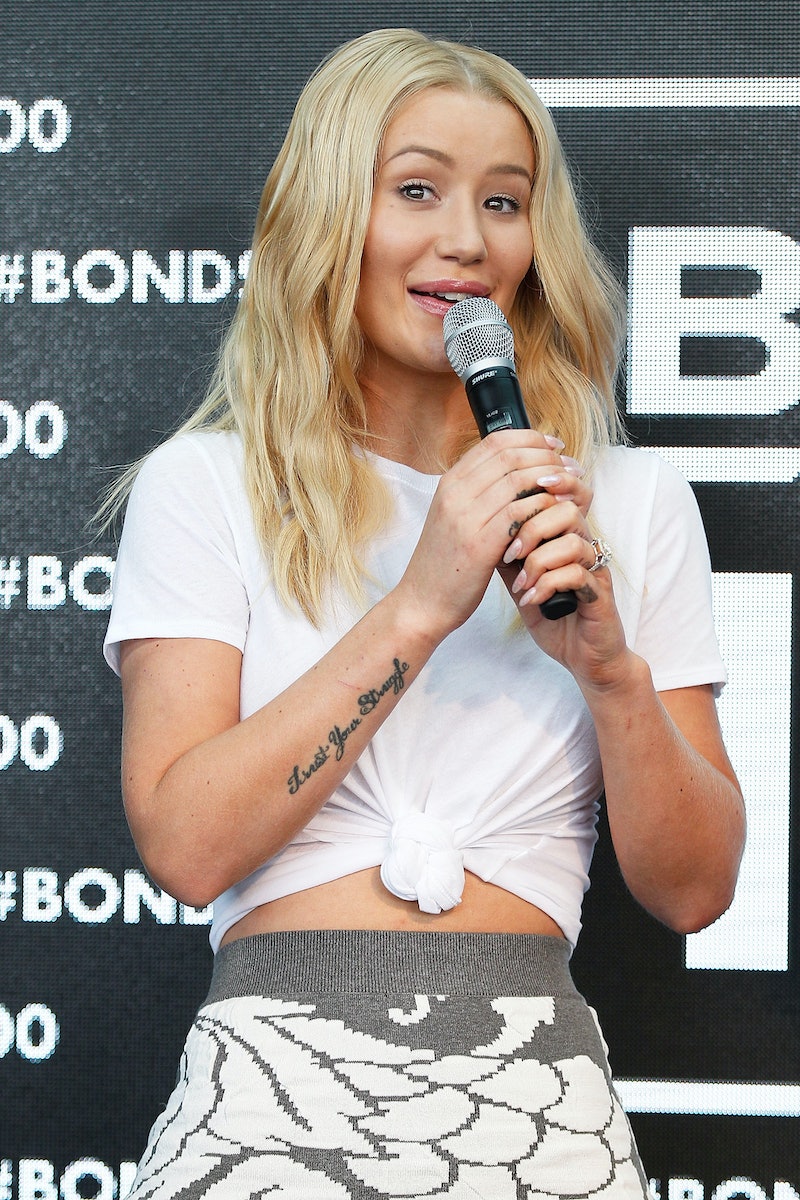 While 2014 was the year of Iggy Azalea, 2015 was sadly the year of Iggy Azalea backlash. However, from the sound of Azalea's new song "Azillion," 2016 will be the year of a lot of hard work. The song is a fairly straightforward Iggy Azalea track, featuring a lot of swagger and a catchy beat. She flaunts her accomplishments as the product of hard work; it's a girl power anthem along the lines of Britney Spears' "Work Bitch," Beyoncé's "Who Run The World (Girls)" or her own track "Work" — with lines like "represent for the ladies that be working."

Notably, Azalea does not make explicit reference to the backlash that followed the success she saw with "Fancy." Instead, she stresses the importance of not relying on previous successes, but instead remaining focused on future possibility. "Legendary, kept it hustling, go for nothing, it was temporary," she raps. It makes for an overall great, positive track that praises hard work and shuts out negativity.

After a year that saw very few releases from the artist, Azalea has a lot going on in 2016. Check out Azalea's new track "Azillion" below, then have a look at all the plans she has lined up for 2016.

Her Sophomore Album's Coming Out

"Azillion" was released as a buzz track for her upcoming album Digital Distortion. She has hinted that the album will feature a lot of guests and have major pop influences. While the date hasn't been released yet, the album is apparently finished, so it shouldn't be too far away. Hopefully!

Azalea and NBA player Nick Young were engaged in June 2015; while there doesn't appear to be a wedding date yet, the couple is apparently deep into wedding planning. If they're already planning the menu and picking out dresses, it could happen this year.

Azalea has promised that her new album will be released with a promotional tour.

Surprise! On Twitter, Azalea revealed that she'd like to hone her hobby, horseback riding, this year. She announced that her resolution in 2016 was to compete in a three-day event. Who knew?

Hopefully, 2016 be a better year than 2015 was for Azalea. It looks like we'll just have to wait and see if she really steps up her horseback riding game.