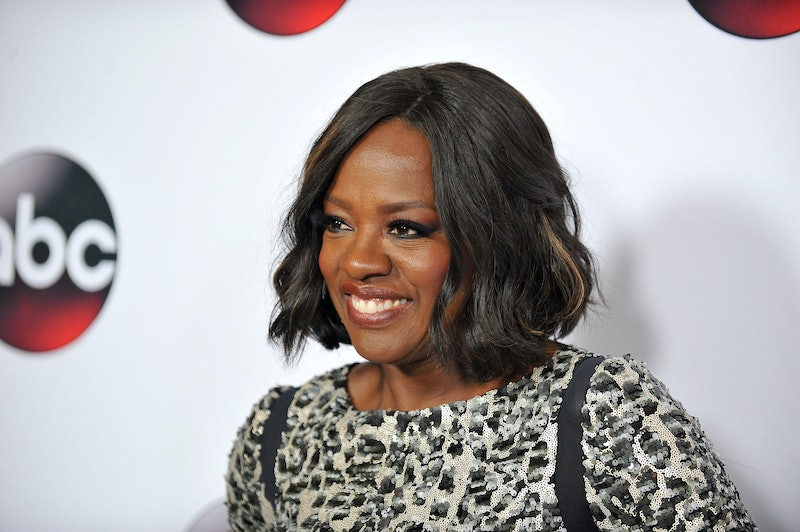 The 2016 Golden Globes put me in the same unfortunate position as the 2015 Emmy Awards, in that I was forced to choose between two actresses who had completely transformed my TV viewing experience over the course of the year. I am speaking, of course, of Taraji P. Henson and Viola Davis. When Viola Davis was nominated for a 2016 Golden Globe, all I could think about was how well-deserved that honor was considering how she continues to hit us with the emotional depth and three-dimensional nuance of the character of Annalise Keating. My love for Cookie Lyon (Henson) is a wild, untempered thing that will never fade, but Davis is revolutionizing television by presenting us with a flawed, frequently unlikeable, bisexual older woman who gets to explore that sexuality as frequently as her younger co-stars. So it was initially a huge disappointment for me when Viola Davis didn't win a golden globe at Sunday night's ceremony.

Let's look at the facts. The second season of How to Get Away With Murder was more disorganized than the first, with plot threads being scattered all over the place and each episode raising more questions than it answered — and not necessarily in the good way. However, the one thing that remained the same from Season 1 to Season 2 was the powerful performance of Viola Davis. I'm not saying that Caitriona Balfe, Taraji P. Henson, Eva Green, and Robin Wright didn't all give powerful performances in their respective shows in the last year, but for Henson to win over Viola Davis on Sunday was to snub her for playing a character unlike any we normally get to see on our television screens these days.

And yet... I'm not mad about it. Because Cookie Lyon is also a transformative character. It would have been so easy for Cookie to be a walking stereotype, but she showed so many flaws, so many virtues, and such a solid gold heart over the course of Empire Season 1 and Season 2 that she became the breakout character of the show. Let's be real. Cookie Lyon is the reason that everyone keeps tuning into Empire, above the amazing music, the dramatic plotlines, and whichever Lyon brother you're rooting for. I'm glad that Henson was finally recognized for the victory that is having a character like Cookie Lyon on network TV. Would I have liked to see Davis win? Well, yeah, obviously. But am I mad that Henson won instead? Absolutely not. In fact, I'm downright thrilled.