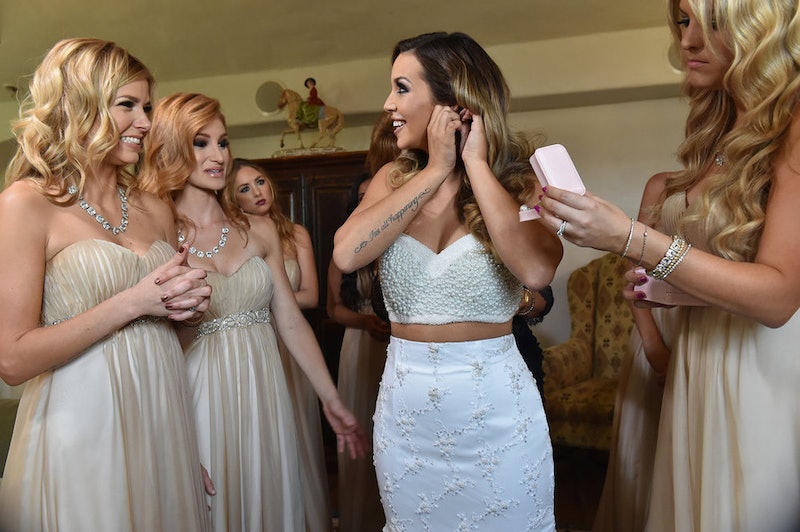 There’s no shortage of drama on Vanderpump Rules, but that doesn’t mean that everyone is fighting. Sure, you have your James-and-Jax situations, but for every one of those, there are two great friendships, like Ariana Madix and Scheana Shay. But are Scheana and Ariana still friends? There has definitely been some trouble in paradise there.

It all pretty much boils down to Kristen Doute. For those of you who aren’t obsessive Vanderpump Rules watchers like I am, let me fill you in. Kristen used to date Tom Sandoval, who is Ariana’s current live-in boyfriend. Kristen was so convinced that Tom cheated on her with Ariana that she basically made the new couple's lives hell for a year or so. It was…a lot. Kristen has since given assorted mea culpas , apologizing for being so cruel for a few years. Ariana wasn't really feeling it (not that she has to), and it all came to a head when Scheana and the gang wanted Kristen to come on a trip to Hawaii with them. There was a screaming match, and Scheana and Ariana/Tom were on opposing sides. Not a great moment for their friendship, but since that argument was filmed months ago, let's look at what's happened since then to see if Scheana and Ariana have made up.

They Are Still Posting Pics Of Each Other

Scheana and Ariana are still pretty active on each other's social media. Sure, this post was in reference to the latest episode of Vanderpump Rules, but no one is forcing them to hang out.

They Are Still Supporting Each Other

Scheana has been through a lot on this season of Vanderpump Rules. She discovered that her husband, Mike Shay, was addicted to pills, and they both had to fight to get him sober and get their relationship back on track. During this time, Scheana really had to lean on her friends to get her through the hard stuff. Seems like she's still thankful for her buddy Ariana.

They Are Still Having Fun Together

Like I said, Scheana and Ariana don't have to hang out with each other just because they work and appear on Vanderpump Rules together. I mean, just because you like your colleagues, it doesn't mean you have to get drinks with them. But Scheana and Ariana still appear to be together like, all the time, whether its double dating or just spending some time with the girls.

I'm fairly certain that Scheana and Ariana are still best buds. Every pair of friends hits a rough patch every so often — their's just happened to be filmed for Vanderpump Rules. And TV stars or not, the best thing you can do when that happens is work it out and move on. Even though you fight, your real friends will always be there for you, and it seems like Ariana and Scheana know that.