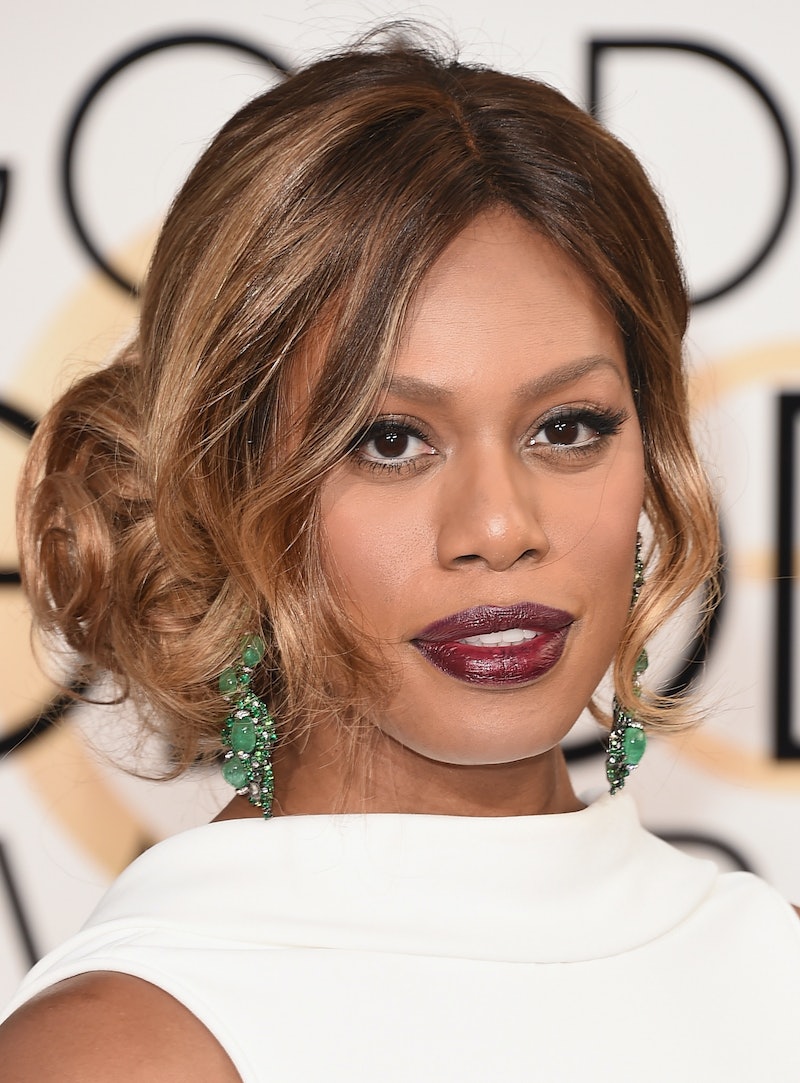 Oh, Laverne Cox. From starring in fan-favorite Orange Is The New Black to posing nude for Allure to proving herself a body positive queen, the 31-year-old actor is a dream girl for many. And Laverne Cox at the 2016 Golden Globes is also a reminder that she's a royal of all things sartorial, too. What I love about Cox is that she's never afraid of taking a style risk. With a penchant for cut-outs and body-hugging silhouettes, Cox isn't one to shy away from owning her body publicly. And tonight, the sense of agency and empowerment in everything she does certainly reigns supreme.

The Golden Globes are arguably an awards show that's slightly more liberal in dress code than, say, the Oscars. So the Jan. 10 event was a time for Cox to show off her sophisticated fashion personality while maintaining a level of understated elegance. And boy, she didn't disappoint. Cox is wearing a floor-length, long-trained Elizabeth Kennedy gown tonight, accessorized simply with a vampy lip and dangling emerald-esque earrings. She chose to pair things with a side bun that, unsurprisingly perhaps, screams Old Hollywood. Until this point, I thought few things could ever compare to the goddess' silver-on-silver look from the 2015 Billboard Music Awards. But I'm happy to report that I was very, very wrong.

I have no doubt in my mind that 2016 will be the year Laverne Cox's wisdom, poise, talent, and elegance infiltrate many more households and many more hearts. She's starting the year off with a bang, but only time will tell what else this queen has in store for us.