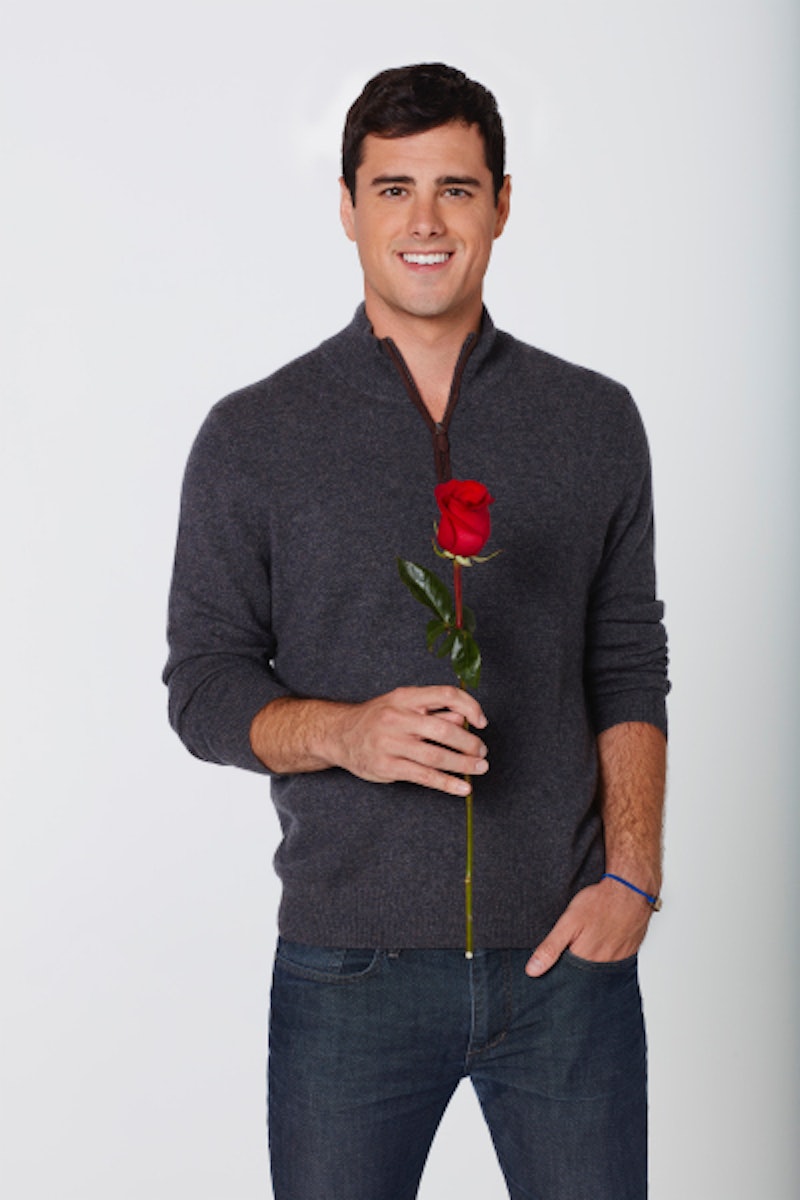 If you want to call a reality show sexist, The Bachelor is a pretty easy target. 28 women all lined up to compete over the honor of marrying one man? The jokes practically write themselves. From the outside, it seems like it's all about catty women trying to take each other down, but that couldn't be further from the truth. The Bachelor is actually about women brave enough to take a major risk in the name of love, and watching them do it is really fun to watch, especially with a glass of wine in hand. But as someone who spends a lot of time convincing my friends I can still be a feminist and love The Bachelor , I can't deny the newest leading man is making my job a little harder — especially after Ben Higgins started his journey by saying he "can't wait to meet the future Mrs. Higgins."

Not "the woman of my dreams," not "the person I'm going to spend the rest of my life with." Nope, just Mrs. Higgins. Which totally makes it sound like Ben sees his future partner as the woman who has spent her whole life just waiting for him to find her so she could be his wife.

Oh, Ben. Sweet, innocent, beautiful Ben. Did he mean for his words to be offensive? Probably not. That's why I'm willing to give him a pass on this one, as long as it doesn't happen again. And in case you're a little confused about why this is sexist, it really boils down to the fact that he's simplifying this woman's identity to "Ben Higgins' wife," when in reality, she won't just be his wife, just like she hasn't spent the first two or three decades of her life waiting to be his wife. That's not her purpose. The 28 women who started out on The Bachelor this season all have identities independent of Ben and the show. They all have jobs — even if some of them are a little more unusual than others, like Tiara the chicken enthusiast — and talents, family and friends, a whole life they've lived without being a Bachelor contestant. And even if one of these women does end up marrying Ben, she will not lose all of those other parts of who she is when she says "I do."

If The Bachelor wants to keep its feminist viewers, the show as a whole really needs to work on stuff like this. Without these women interested in opening themselves up and doing something as brave and as terrifying as trying to fall in love in front of the entire world, there is no show. So maybe it's a good idea to make sure that they are respected, especially by the guy they've put their lives on hold to date.