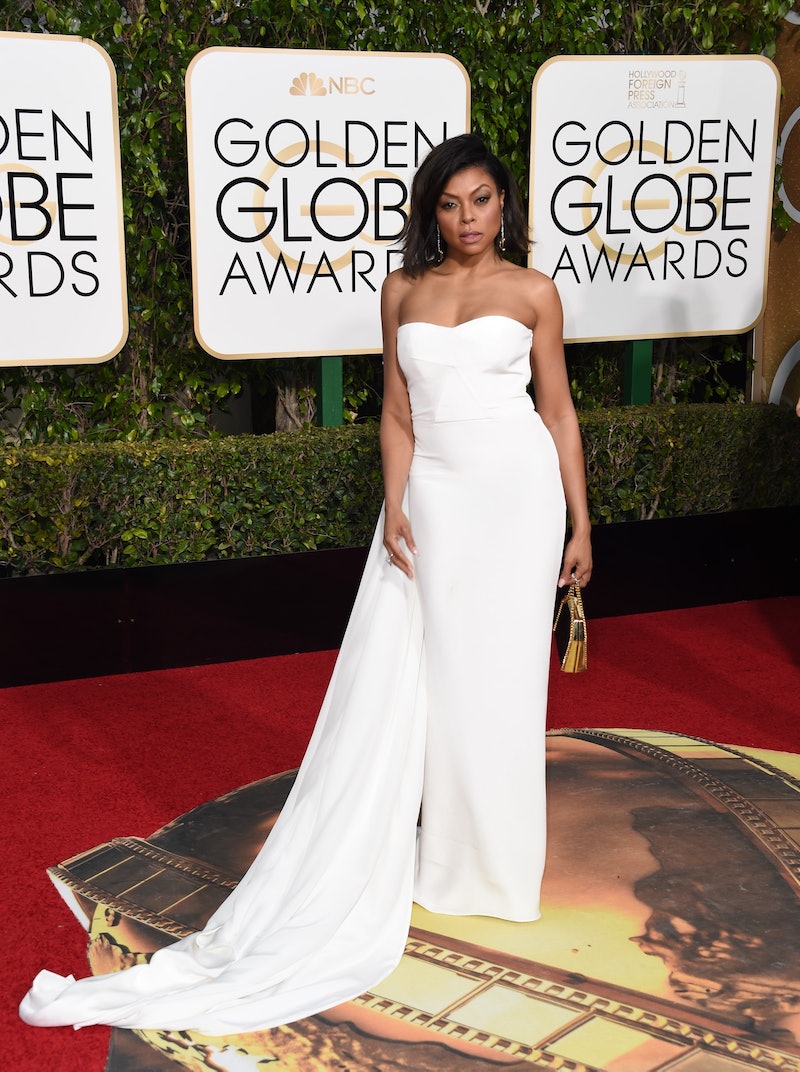 2015 was the year of Empire. When we look back on the past 12 months' contribution to pop culture, the FOX drama will rise above the rest for bursting onto our screens, grabbing our collective attention, and not letting it go. That's why it came as no surprise when Empire 's Taraji P. Henson won the Golden Globe for Best Performance by an Actress in a Drama Series. Of course, that didn't make the victory any less exciting, especially since it let Henson give a Golden Globe acceptance speech that was everything you'd expect from the woman behind Cookie Lyon: powerful, emotional, and fierce.

To start, Henson gave out cookies on her way to the stage, and then commented on Cookie's struggles, commending the Golden Globes for rewarding this particular character. She then made sure that everyone at the Golden Globes knew she would take her time on stage — she's waited too long for this moment.

Cookies for everyone tonight. My treat. Hollywood Foreign Press, thank you. I mean, who knew that playing an ex convict would take me all around the globe. It just goes to show, I thought it would be Queenie, Will, my character from Karate Kid. But it's Cookie, who spent 17 years in jail for selling crack. So the world loves real, thank you. So many people to thank. My manager... my publicist. Please wrap ... wait a minute, I've waited 20 years for this, you gonna wait. My friends, they've been praying for this, they're all like 'yeah, yeah hope you get it.' You gotta give me time...

It was simultaneously emotional and hilarious, just as you'd expect from an actor who's had to portray everything on the emotional spectrum. And as she continued to thank those who have helped her, Henson turned her attention to her Empire family — on and off screen.

But I have to disagree with Henson on that last part — I think Cookie would do just fine without Lucious.