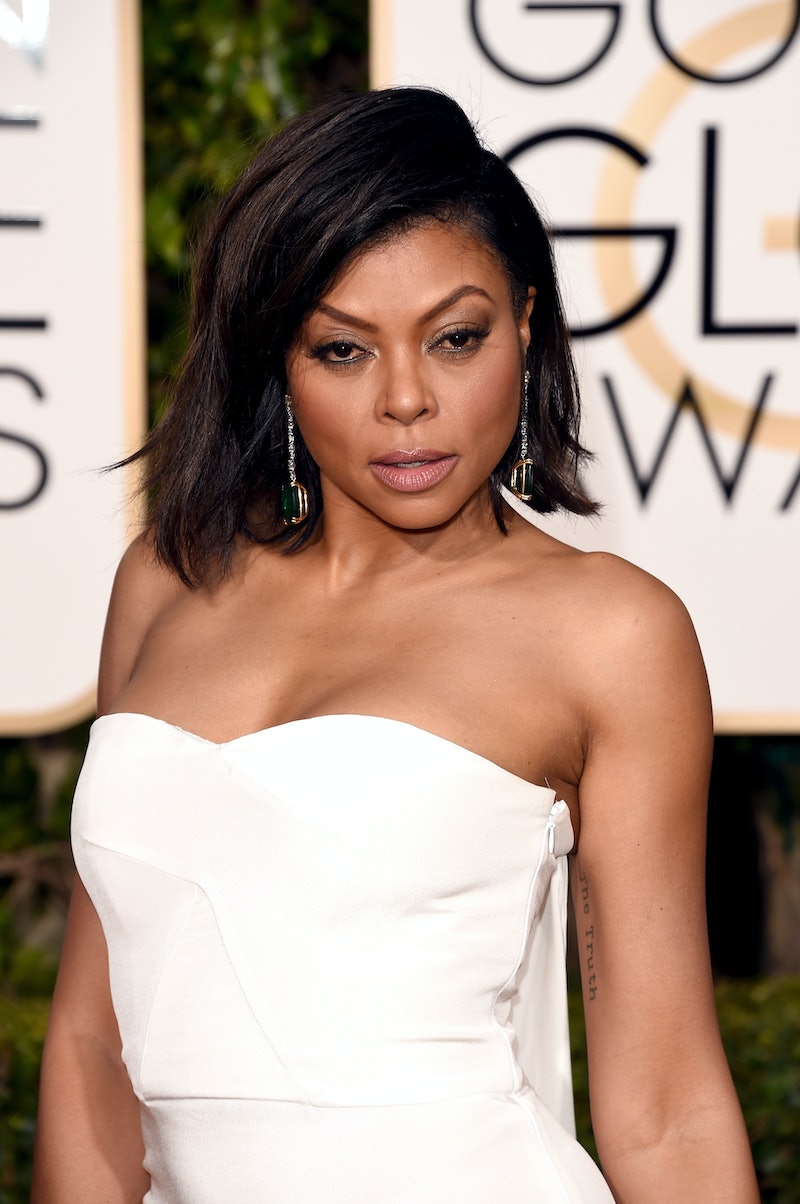 If you're looking how to work the red carpet, go no further. Empire star Taraji P. Henson's poses slayed the Golden Globes red carpet. As you can imagine, Cookie Lyon would be so proud. While donning a gorgeous and flawless white gown, Henson struck every pose you can imagine. The amazingness is shared below, so feel free to watch it on a loop, as I will be doing during the boring Globes moments.

Clearly, the 2016 Golden Globe nominee's Empire character has taught her a few tricks when it comes to being a star. From the hand on the hip to the hand on her collar bone to the over the shoulder look, Henson knows what is up. Some might be intimidated by all those cameras, but not Henson. Fierce is her middle name and she is letting everyone know it. Get it, Henson!

And, all I know is, if I ever have to walk the red carpet, I will look to Henson. She is the queen of everything, which is no surprise, right? That said, what do you think are her chances are of taking home the Globe for Best Actress in a Drama Series? There's no doubt the category is one filled with some tough competition, but she definitely has a great chance.

But, even if she doesn't win, there's no doubt that Henson wins for Best Red Carpet Poser Ever.