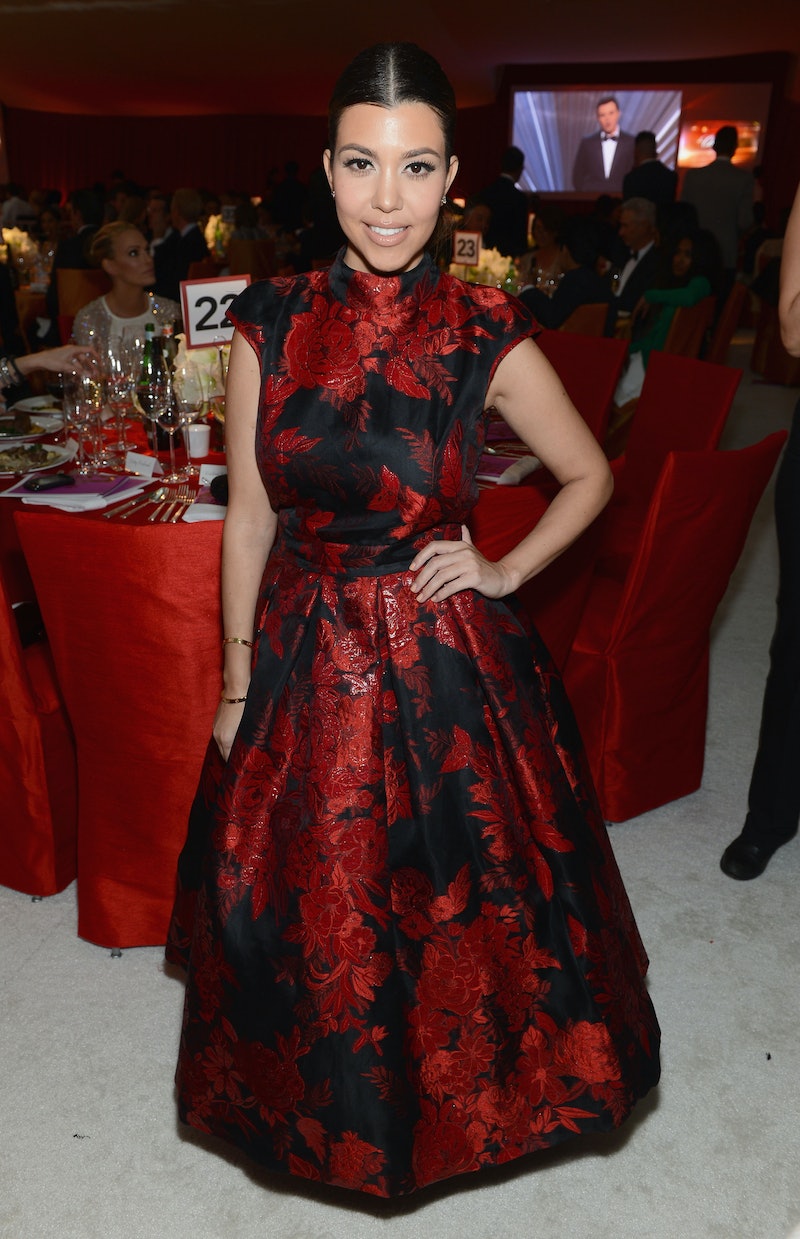 Kourtney Kardashian just decided to move into an area to which no one should willingly move. Kourtney Kardashian has purchased a house in Justin Bieber's neighborhood in Calabasas, Calif. Why? Why would you do this? Everyone knows that Justin Bieber is a horrible neighbor. He egged his neighbor's house, he is known for speeding his car around, he throws parties with people named things like Lil Za, and he was just arrested this morning. On top of that, Kourtney Kardashian is moving into a house that was owned by former NFL player Keyshawn Johnson who confronted Justin Bieber last year about his bad behavior. Kardashian had to know whose home she was moving into, had to know that Justin Bieber lives only a few doors down, and someone probably told her that Johnson himself had issues with Bieber. There are no excuses! Where was Scott Disick through all of this? Not even Disick realized this was a bad idea?

Maybe the house was just too great to pass up. The home is almost 12,000 square feet, has six bedrooms, nine bathrooms, an outdoor basketball court, a pool, and a spa. Comparatively, Kardashian and Disick's old home, which was also in Calabasas, had four bedrooms and four-and-a-half bathrooms. Kardashian spoke with Domaine Home when she put her house on the market and said, "Our family is bigger since we moved in. I'd like to have a guest room and more space outside for the kids." Sounds like their new house will definitely provide them with more room. The couple reportedly paid $5.8 million for the home.

The move might end up being the wrong decision for Kardashian and Disick, but hopefully it will at least lead to some awesome scenes for Keeping Up with the Kardashians. Maybe Justin Bieber will egg their house. Maybe he can show up when Kardashian interviews potential babysitters for Mason and Penelope. Maybe he'll photobomb E!'s cameras and we'll catch him in the back of every scene riding past on his segway. This could work wonders for KUWTK's ratings!

Wait a minute... Kris Jenner, were you behind this?