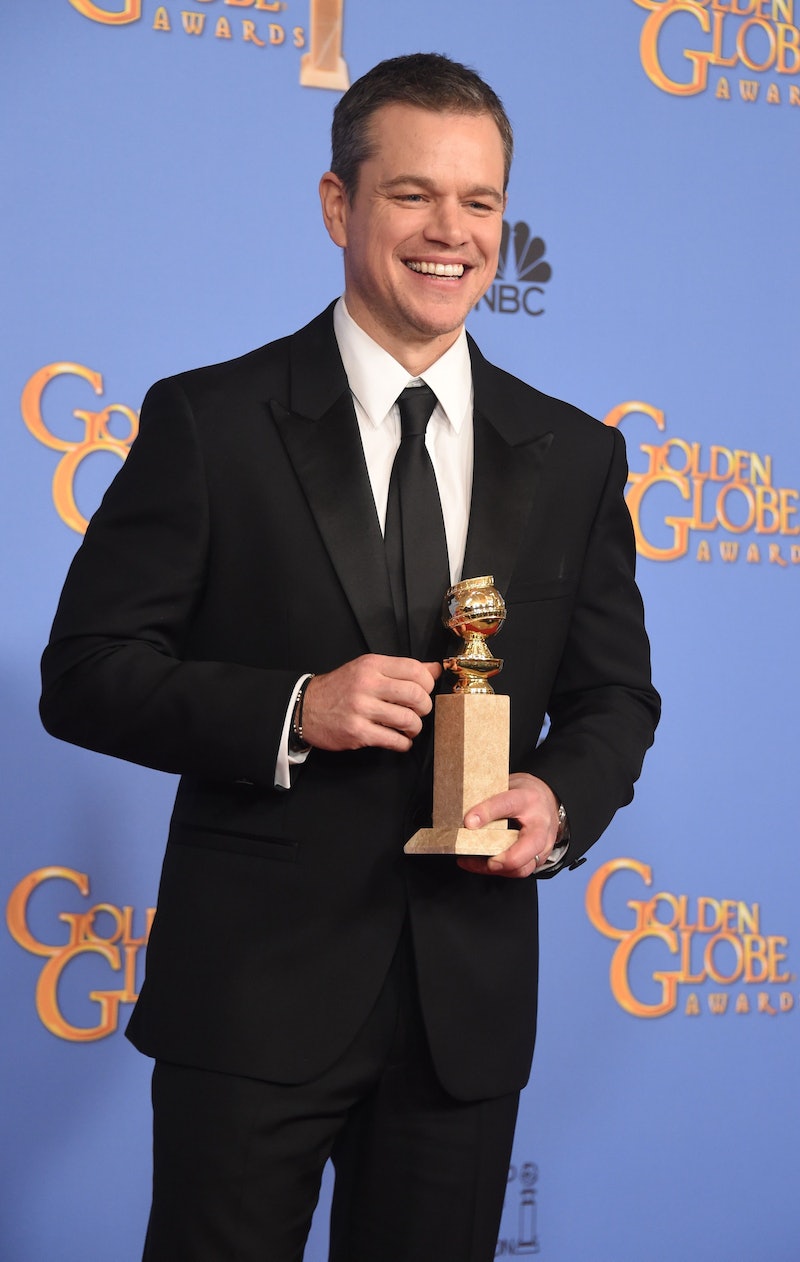 If you watched Sunday night's Golden Globes, there's a good chance that the only mention you heard about Sean Penn's El Chapo interview was when host Ricky Gervais joked about it at the beginning of the night. But that doesn't mean that the Golden Globe winner and his controversial Rolling Stone story weren't brought up again during the night. Matt Damon commented on Penn's El Chapo interview backstage at the Globes, and he seems to understand where his fellow actor was coming from.

Damon, who won a Golden Globe earlier in the night for Best Actor in a Musical or Comedy film for The Martian, said backstage,

I haven’t read it yet; I definitely plan to. I subscribe to Rolling Stone so it’s already been sent to me. But look, it’s nothing new, actors going and seeking out meetings like this. It’s part of what we do in our job really well and Sean somehow figured out that he had an audience with this person and I’m sure was pursuing something creatively and thought a meeting with him would be valuable, so he did it.

While Damon isn't necessarily saying he's on board with this particular use of an actor going out and seeking a meeting — he admits himself that he hasn't even read it yet — it does sound like he's understanding of why someone might use their notoriety and the means that come along with it as a way to do such a thing. After all, interviewing the leader of a drug cartel while he's hiding out after escaping prison, is far different than what Damon would probably do if he were to seek out a journalistic endeavor. (My guess is it'd be related to the organization he co-founded, Water.org.)

If anything, I think the fact that Damon was asked about Penn's El Chapo interview and the actor's response show just how intrigued and shocked everyone is by this story. But really, Damon probably just wants to go celebrate his win. His copy of the magazine will be there when he gets home.