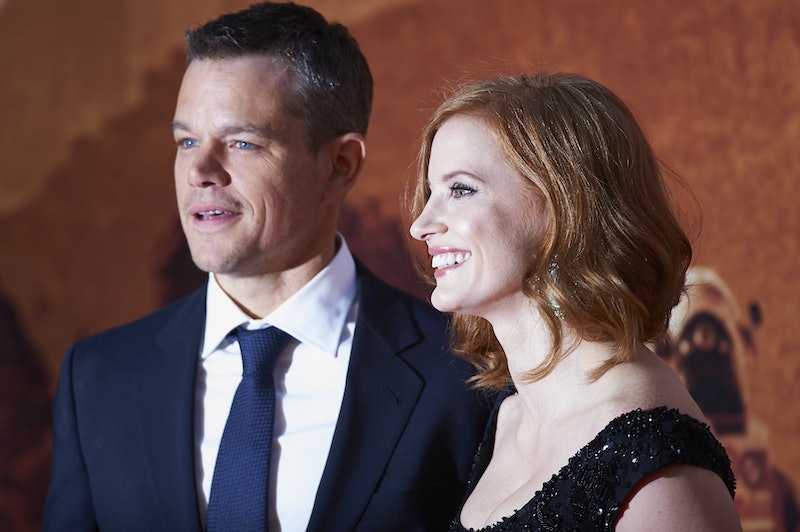 Sometimes awards shows are very confusing, especially when dumbfounding things occur. You know, like when The Martian was considered a comedy at the 2016 Golden Globes. During the Sunday night awards show, the Matt Damon "comedy" won for Best Motion Picture — Musical or Comedy. And, as happy as fans are about the film taking home the win, Twitter is angry The Martian is listed as a comedy. Seriously, what is so funny about an astronaut being stranded on Mars trying to survive?

Well, the answer is... nothing. Did the lead character, Mark Watney, have a sense of humor and joke around a lot? Yeah, he did, but he was doing that during a stressful and dire time of trying to figure out how not to die. Um, I'm pretty sure that's not a comedy, but apparently the Hollywood Foreign Press Association doesn't agree.

That said, Twitter most definitely has my back. Fans are still going "Huh? Wait. What?" just like they were when the 2016 Globe nominations were announced and The Martian was in the Comedy category, alongside The Big Short, Joy, Spy, and Trainwreck. Yep, it will forever be mind-boggling.

Here are just a few of the many hilarious tweets from Golden Globe watchers trying to comprehend what was so funny about The Martian.

You know it's bad when fans are outraged, but when Damon jokes by calling it a "musical" backstage? Yeah, there's something amiss here.