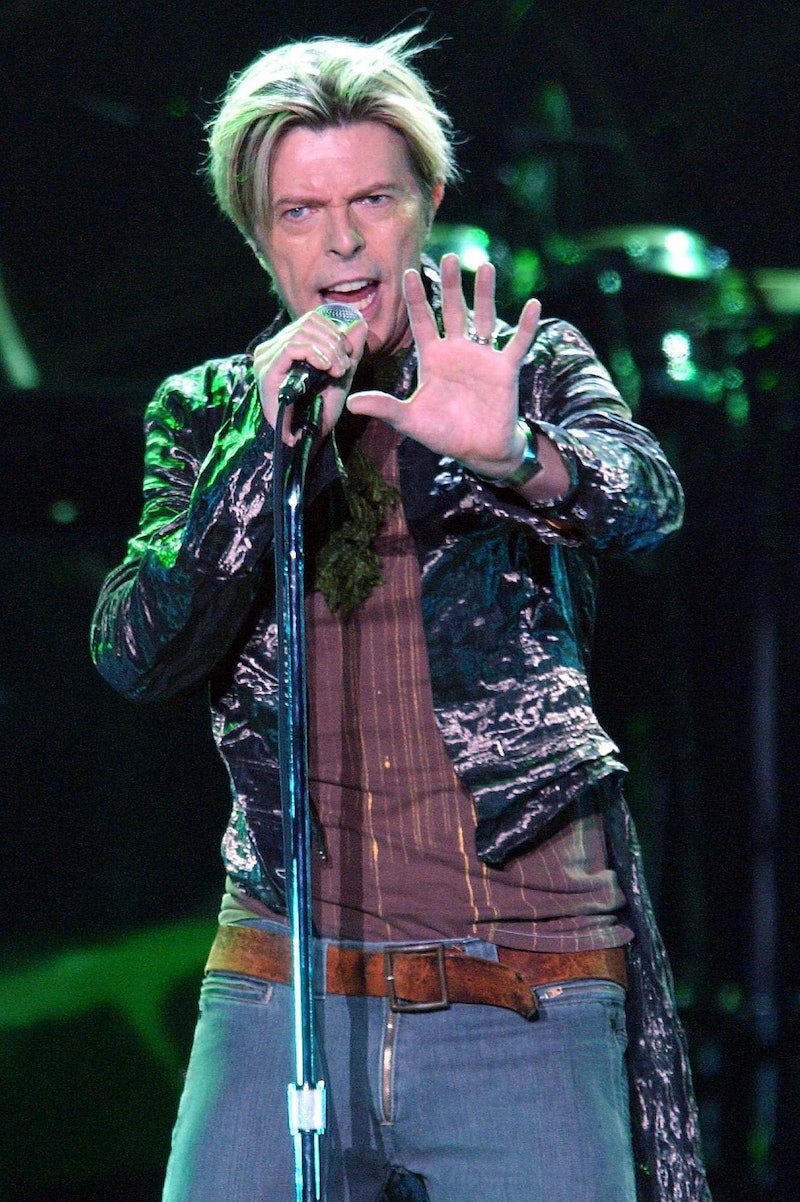 It's funny how some good things from 1964 can return to be relevant to everyone out there who is, say, a fan of Harry Styles' current look. On Monday, the world was in a state of distress as we all tried to find a way to deal with the tragedy of David Bowie passing away on Sunday. The iconic singer with the androgynous style died after a long battle with cancer, and he will be sincerely missed for the phenomenal talent, and, above all, the powerful effect and legacy he created in this world. Once such legacy? The Society for the Prevention of Cruelty to Long-Haired Men. No, seriously. In his first TV interview, a 17-year-old David Bowie defended long-haired men from his position of President of the aforementioned society. Bowie, appearing on television then as "Davey" Jones, acknowledged that people were fairly tolerant, but, in recent years, were making derogatory comments that the society wouldn't stand for anymore. This throwback video is perfect for fans of Bowie old and new, who want to smile through their tears and acknowledge the many, many beautiful facets of Bowie's bright spirit.

Bowie, who is adorably, painfully 17 in the video, sports shoulder-length hair, and remains friendly, cheerful, and well-spoken as he explains the goals of the club of men who are "tired of being sent home from college... tired of being sent home from school." (For the record, your hair needs to be over nine inches long in order to gain admission to the group.) "We all like long hair, and we don't see why other people should persecute us because of this," said Bowie, before outlining that his plan was to obtain more followers and begin some sort of hair awareness march.

Do I know what that is? No. Do I care? No. Because the fact that Bowie delivers his speech with an amazing mix of charm, amusement, and genuine passion — long hair, don't care indeed — warms my breaking heart. 1964 was a world away from the times that we live in now — thank goodness, in many ways — but Bowie was one of those positive constants that connected generations old and new. The Society for the Prevention of Cruelty to Long-Haired Men might not be the most serious of awareness groups, but the fact that it was spearheaded by the teenage soon-to-be legendary figure makes it worth looking back on.

Bowie's life was never just about the music; it was a combination of so many things that are relatable to his audience, silly and irrelevant that they may be, that every aspect of society should be feeling this loss. Check out the video below.