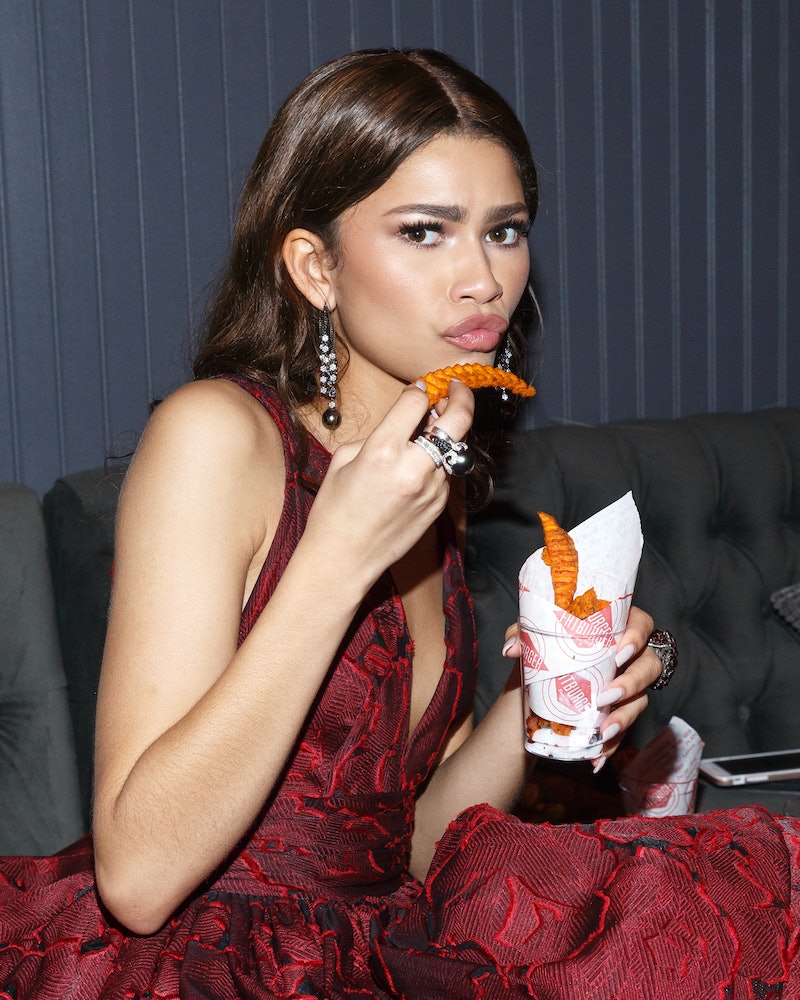 Ah, the Golden Globes. When the broadcast is over and the dust has settled, media savvy fans like myself are always left wishing that they had been in Hollywood that night — and, you know, merited an invitation to the ceremony and to the 2016 Golden Globe after parties to follow. However, since most of us are not so lucky, we rely on many different sources to give us an insider peek on what happened to our favorite celebrities when the cameras weren't on them. Before the ceremony, during the ceremony, or after the ceremony, celebrities around the room were being hilarious, being relatable, or being supportive, and there's photographic of all of that to be found, whether from the hands of professional photographers, from the wonderland of Twitter, or from the Instagrams of the celebrities themselves. These behind the scenes 2016 Golden Globes photos will almost make you feel like you were there, or give you some serious FOMO. Or both.

And reminds me in this instant that I have yet to eat breakfast.

3. Viola Davis Is The Best Mother Ever

Say it with me now: awwwwwwwwww.

To the surprise of absolutely no one, Schumer celebrated Lawrence's Golden Globes win with this adorable shot and supportive caption. Even more ladies supporting ladies in 2016, please and thank you.

5. Gina Rodriguez And Her Father Prepare For The Night

This is just one of many ways in which Rodriguez and I are the same person, because my dad is also my best friend. (Sorry, Lauren.)

6. Lady Gaga Finally Thanks Her Fiancé

The world collectively had a good time poking fun at Lady Gaga for forgetting to thank her fiancé in her acceptance speech, but she made up for that moment by making sure to thank Taylor Kinney in this beautiful black-and-white Instagram photo.

7. Four Of Your Favorite Women Get Together

Clearly the presenters' room was the place to be at the Sunday ceremony, because it was home to such epic meet-ups and selfies as this one featuring America Ferrara (not Gina Rodriguez), Eva Longoria (not Eva Mendes), Amy Schumer, and Jennifer Lawrence.

8. Kourtney Kardashian Has A Hot Date...

...with her sister, which will make for an adorable ladies' night. I'm sure we'll see the selfies from that soon enough.

I don't even have anything to add here. I just want a love like theirs.

10. The Transparent Cast Has A Mighty Fall

Sorry, Taylor Swift, but there's a new squad in town.

11. Rooney Mara's Facial Expression Is A+

Internet, make me a meme of this face immediately, because I can apply it to so many life situations.

12. Julie Louis-Dreyfus Gets Ready In Style

"Who are you wearing?" "My bathrobe. Now ask me more."

When Morgan Freeman and Dame Helen Mirren get together, the whole world stops faster than if Beyoncé was in the room. Yeah, I said it.

14. Rachel Bloom Reenacts The Classic Song Of Our Generation

How do you have that much chocolate in front of you and not eat all of it? I DON'T UNDERSTAND THIS.

I'm still trying to wrap my mind around Lady Gaga's win, but Sophia Bush was elated. And also adorable.

Can they please become the world's new favorite friendship? Because they are officially mine.

18. Taylor Schilling Gets Real About Beauty

I relate to this picture so much, I don't even have the words.

These are just a small taste of all the various celebrity sightings and happenings that surrounded the 2016 Golden Globes. If you made it through all of these without crying because you weren't there, well, you're stronger than I am.