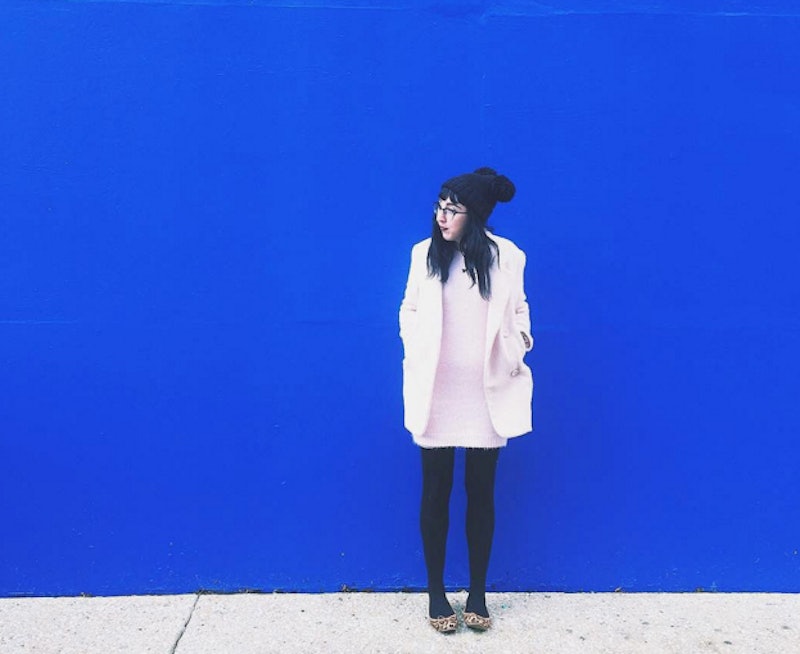 No matter how much you'd wish it to be true, none of us can have a perfect track record when it comes to our careers. There are going to be moments where you'll have to bounce back from a mistake at work, and though you might be nervous and antsy, you can totally do it. None of us can run at a 100 percent every time, and there are always moments where you'll have to learn something new on the job by messing up. While it can feel like the world is falling apart at that moment, and there will be a strong possibility that your mind might start running away with scenarios on how you'll get fired, remember that bosses are more understanding than that. Instead of chucking you and starting over with training your replacement, they're just going to want to see that you've learned something from your mistakes.

So blink back away those possible tears, put a stop on your wild imagination, and get ready to roll up your sleeves and get back to work. You might have mis-stepped somewhere along the way, but you can work through your errors and make it back on top. And I'll let you know exactly how: Below are seven ways to bounce back from a big mistake at work.

Whatever you do, don't try and hide your mistake. It might be a completely cringe-worthy moment going into your boss's office and admitting that you just lost an account or accidentally deleted a critical file, but if you want to make things easier for yourself, own up to it and own up to it fast. The longer it sits and unravels on its own, the worse the situation will be.

Remember: We all make mistakes. Your boss might be peeved but they know that. So when you go and highlight the blunder, make sure you have the right attitude to smooth things over. Career writer Adrian Larssen from award winning career development site The Muse explained, "Whatever you have to do, do it, and without complaining. It’ll show everyone around you you’re taking your mistake seriously—and frankly, it’s probably a small price to pay for keeping your job." So when you go in there, offer possibilities on how to fix your blunder and show that you've got this.

2. Keep Your Cool While Fixing It

Alright, chances are by now you want to be hyperventilating into a brown paper bag. Instead of losing your head, do your best to keep a calm, "I've got this" attitude through the whole thing.

Bosses run hot and cold too, and you won't be able to calm them down if you're freaking out at the same level as them. Instead, keep your composure and prove that you can fix this if only they give you the chance. career writer Jessica Kleiman at Forbes said, "In a crisis, people tend to get anxious. Maintaining a sense of Zen will not only allow you to think more clearly but will also set the tone for those around you." If you want to keep your boss from flipping their lid, make sure yours is securely on, too.

3. Have A Game Plan Prepared Before Going Into Your Boss's Office

Don't just barrel in there with red flags waving, calling in a high alert. Yes, you need to tell your boss something is up, but make sure you have an idea on how to fix it. That way you can keep the freak out damage to a minimum. Kleiman advised, "Start by considering your end game — what’s the ultimate outcome you’d like to see? — and work backwards from there."

Whether it's offering to work late to redo the file you accidentally deleted or calling up the client personally to apologize for the mistake, have a game plan in your head on how you can smooth feathers.

4. Do Some Easy Tasks For Your Boss To Prove That You're Still Capable

You blundered, and though your boss knows you're human, chances are they're feeling a little on the fence about you at the given moment. Granted you're worth giving a second chance to, but for the next couple of days they might be a little hesitant to give you any important work. Rebuild their trust by tackling a series of easy projects or tasks to remind them that you still have your chops. Lifestyle writer Patrick Allan at Lifehacker pointed out, "Start with easy plays instead of hail marys, if you can and slowly but surely prove to your boss that you're still capable of taking on important tasks. Little assignments done well can go a long way." It's a small move, but it'll work wonders.

5. Don't Make The Rookie Mistake Of Labeling Yourself As A Failure

We tend to over dramatize the sky falling, but just because a giant misstep was made doesn't mean you're now labeled as the goof-up of the office. Everyone there has messed up at least once, so don't put too much weight on your shoulders by assuming you're the only one in the history of your company to stumble. If you do that, you'll put too much pressure on yourself and kill your confidence to take chances and leaps. Allan explained, "Be careful not to blur the lines between making mistakes and being someone who only makes mistakes. Our actions may define us, but our failures do not." Let your mistakes be what they are: Lessons.

6. Compare Yourself To Others To Feel Better

We all make blunders. Every single one of us - from your bosses to your heroes to your favorite characters. Even though you know this, it can still seem like your mistake is the one to end the whole world, and you need some perspective. So get some: Look up your favorite people and see how they've tripped and gotten back up. It can make your crisis seem small and manageable, which is just what you need. Allan suggested, "Look at the failures of the people you look up to, and you'll realize it's all a part of the process. The greatest of the greats was a human too, and they most likely had more than a few 'whoopsies' in their lifetime."

So do a little compare and contrast, and see you could have done a whole lot worse.

Alright, so that guffaw sucked. It was stressful, it was awkward, and you had to scramble to find a solution. But with every bad thing that happens, you learn something new that you'd never stumble across if you had a perfect track record, For example, Kleiman explained, "When you’re going through (or almost on the other side of) a crisis, look for the silver lining. Get into an argument with someone? Perhaps it opened up a new dialogue that wasn’t previously possible. Did you stumble and fall (either literally or figuratively)? Learn to laugh at yourself, find the humor or lesson in whatever the situation."

After your crisis is over, take a moment to think about what you've learned from the experience. All that stress won't be for naught if you come out wiser and more professional after the whole thing.