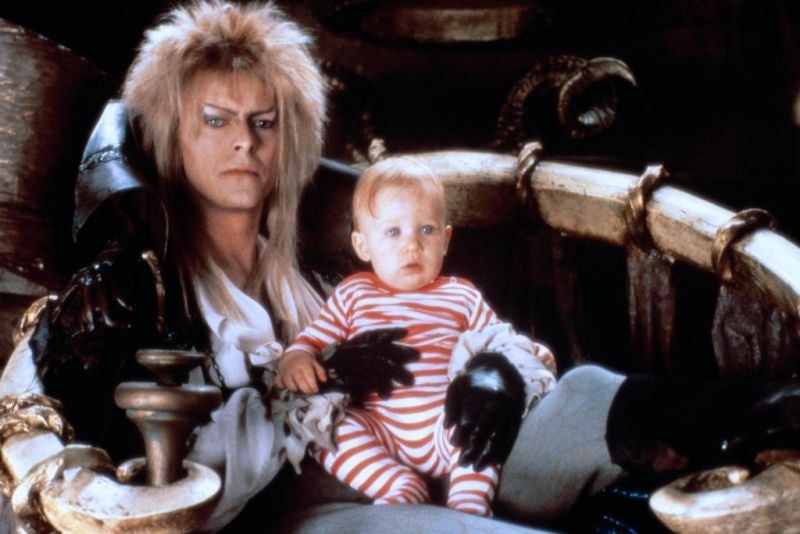 It’s been less than 24 hours since the news of David Bowie’s death was announced on the artist’s social media accounts, and already the outpouring of love and sadness has been a remarkable thing to witness. Fans everywhere are expressing their devotion to David Bowie’s incredible career, including the music he wrote, his original style, and his oh-so-memorable acting career. As an actor, David Bowie was an absolute phenomenon, specially in the role that he is the most famous for: Jareth the Goblin King in Labyrinth. And I say that he was a phenomenal actor? Because David Bowie in Labyrinth was terrifying, and Jareth the Goblin King scared the living daylights out of me. Someone please tell me I'm not alone in this?

You have no idea how hard it is being a child of the ‘80s who has also been traumatized by Labyrinth. The film, after all, is a cult classic, one that my other ‘80s-born friends loved to watch on repeat for pretty much my entire life. But, for me, David Bowie’s masterful portrayal of Jareth became the stuff of my nightmares. Because, guys, I legitimately thought the goblins were going to come and take me away. I think it had something to do with the fact that I had an older sister who was about the same age as Sarah, and who just so happened to get really annoyed me with sometimes. Go figure! So, when I saw Labyrinth for the first time and watched Sarah — in a moment of filial weakness — wish for the goblins to come take away her annoying little brother, and then they did, I wanted to bow down at my sister’s feet then and there and pledge allegiance to her forever.

I sat through the rest of the movie even though I was terrified, because that is what you do when you are the youngest of four, and your older three siblings are totally into something, and I watched with horror as David Bowie — with his knife-like hair and leather gloves and maniacal laugh — played with baby Toby in that deep underworld of horror. I pictured myself in that place, betrayed by my sister and kidnapped by that scary man, and just about died right there.

You better believe I was super nice to my sister from that moment on.

Sometimes, I think about re-watching the movie. Maybe I wouldn’t be as scared now that I'm in my 30s and have taken a self-defense class? And, when I heard the news that David Bowie had died, I thought even harder about giving the movie another go.

Maybe it’s the fact that the world has lost such an enormous talent, or that I’m finally old enough to see the real skill it took to play a part so well that it terrified every child under the age of 10 for the rest of their lives, but on Monday — the day after David Bowie has tragically died — I see what he pulled off in that movie as a testament to his talent.

The man was a legend for so many reasons, but, for me, he is a legend for something completely different. And while that reason may have been terrifying to me as a child, as an adult, I can see that it was just another lasting testament to his immense creative skill.