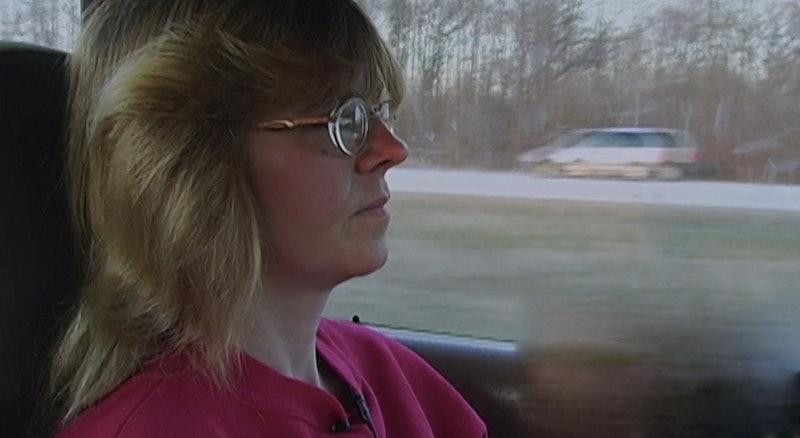 Netflix's docuseries Making a Murderer has launched public interest in many of the people involved in the murder cases of Steven Avery and his nephew Brendan Dassey. Both were convicted of killing Teresa Halbach in 2007, but continue to maintain their innocence nearly a decade later. Since the series covers events that transpired years ago, many viewers are also wondering where these people are now. Avery and Dassey are both still in jail, but what about their family members, like Avery's sister or Dassey's mother, Barb Janda Tadych?

As of 2011, as seen in the Netflix documentary, Tadych was still convinced of her brother and son's innocense and regularly visited Dassey in prison. "Brendan tells me they treat him OK. I mean, he plays games with the other inmates. And he does his schooling," Tadych said in the docuseries. "He's trying for his high school diploma. I seen him yesterday. It was nice. We played 61 games of Uno. I think he misses everybody. Talks about babysitting. That he misses doing that. Talks about playing his Nintendo."

As for where she is now, according to a Facebook page seemingly belonging to Tadych (where she uses the name Barbara Ellen, but the page appears real based off the fact that she's friends with several Averys and Dasseys and has pictures posted from before the series was released featuring her likeness, but Bustle has reached out for comment), she's been busy posting about her cats, a new baby in the family, and attempting to prove her son's innocence.

BuzzFeed calls Tadych "press averse," and she has not yet made any public statements since Making a Murderer debuted in December 2015. But, Tadych did share a Change.org petition asking to free Dassey on Facebook multiple times, and she added the following plea: "Share share share away sign sign sign away help my baby boy. He wants to come home where he belongs ... help this poor boy come back to his family." She also posted an instructional video on how to write to Avery and Dassey in jail. According to a Vice interview with Brad Dassey, Brendan's half-brother, she has also been supporting Brad's musical ventures. (He recently wrote a rap claiming Brendan is innocent.) "I just looked on Brendan Dassey’s mom’s Facebook, and she shared the song and liked the post two days ago," Brad said. "What does that tell you right? My family is supportive." Bustle reached out to Brad who declined to comment on his brother's case, the show, or his rap song.

Additionally, Tadych has shared various updates about the case without commentary. From the looks of social media, she's still standing by her brother and son, no matter what.

Otherwise, Tadych posts pretty typical Facebook stuff. Her timeline includes public posts of several delicious-looking food recipes. Who wouldn't want to make Funfetti puppy chow? (I want to.) And, what would a Facebook profile be without photos of someone's pets? Tadych has those, too.

But, with the exception of her public Facebook posts, it appears that Tadych is planning to stay out of the Making a Murderer spotlight for the time being.