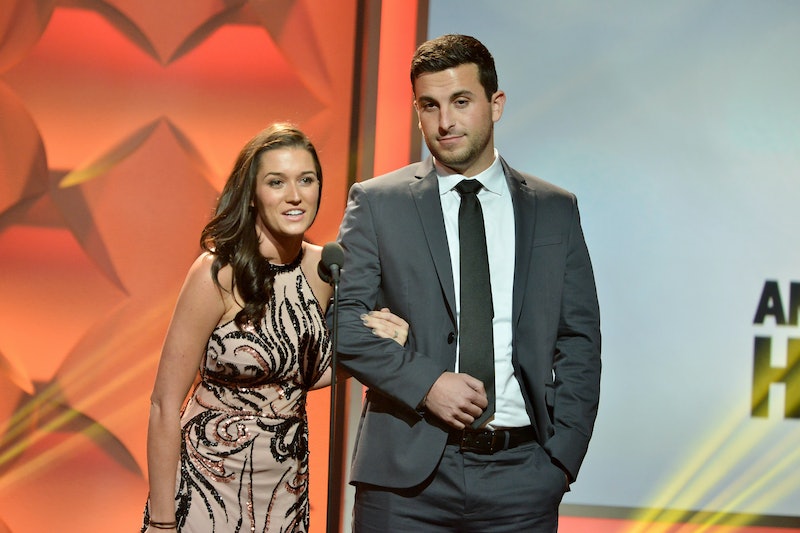 There isn’t much to not love about Jade Roper and Tanner Tolbert, the couple that met and fell in love on last season’s Bachelor in Paradise . After not finding love as contestants on their own seasons of The Bachelor and The Bachelorette, the two were brought together by Bachelor In Paradise, spinoff show that lets past contestants fall in love en masse. (All with millions of viewers watching, of course.) And, from the start, these two were totally into each other. But their romance was a quieter one. As the rest of the show’s couples devolved into crying fits and drama jags, Jade and Tanner kept relatively to themselves. But, that said, there were a few really sweet moments between Jade and Tanner that fans and viewers got to see.

In between the entire season’s worth of drama that the rest of the contestants stirred up, Jade and Tanner took the opportunity to enjoy paradise, get to know each other, and fall madly in love. And their love is one that grew quickly: Since the final episode of Bachelor in Paradise aired, the two have talked wedding plans, bought a house, bought the wedding dress, and even set a date.

The best part about these amazing moments between Tanner and Jade is that they show just how their love was given the room to grow. Because these are definitely some of their best.

When They First Met

And it was clear that they were into each other from the start.

Their First Conversation In Paradise

I can feel the butterflies in my own stomach watching this adorable moment between the two of them.

When She Asked Him On Their First Date

And it was so Sadie Hawkins adorable.

When They Opened Up To Each Other And Were Totally Vulnerable

What a nerve-wracking moment, especially with all the other couples falling apart around them. But these two took the opportunity to check in and be honest with what they were feeling, and it paid off big time.

When They Shared All Their Wedding Details With Chris Harrison

And he agreed to officiate!

When They Woke Up After Their First Overnight Date

Someone get me that exact bed and those exact robes. Breakfast and coffee wouldn’t hurt either.

Because dates are always better when there is a private plane involved.

When He Skipped The Game To Go Shopping With Her

You know he really loves you when…

When They Bought A House

And were so adult and happy with their decision.

When They Were The Absolute Cutest In Their Holiday Card

Seriously. #relationshipgoals to the max.

And they lived happily ever after, right?

For these two, the beginning of their fairytale romance is just beginning.