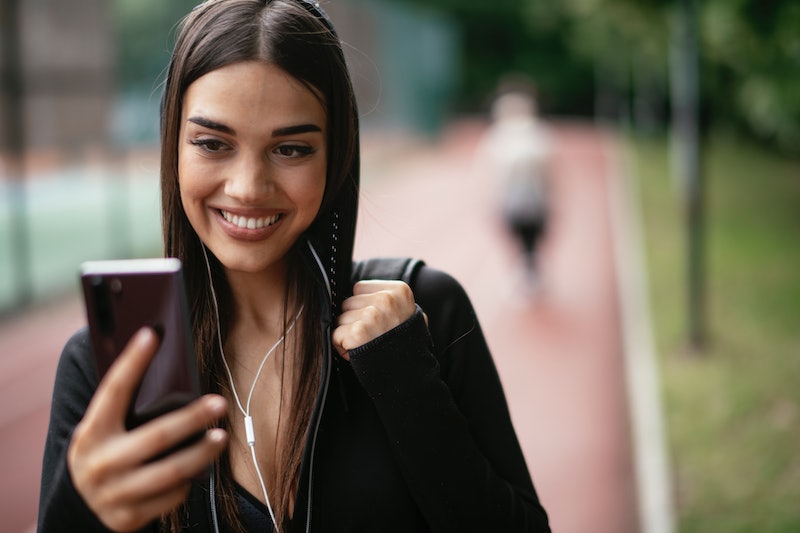 OkCupid recently released a report revealing a lot about what people are looking for in a relationship, a partner, or just how they feel about sex in general based off data collected on the site in 2015. But there's also some detailed information about the site itself, like what questions on OkCupid are the most important and what users are looking for in different states.

I've never used OkCupid, but I've also never used any dating site because I got rejected from Eharmony, and that gave my ego a knock (I mean, I was rejected from the internet). But I have to say seeing how in-depth these sites go with personality questions and what you're looking for compared to apps I've been on has definitely upped my interest.

OkCupid says in The Hangover report that the average user answer 125 questions. That's a whole lot of information about you. To me it actually seems like an overwhelming amount of information, but you can prioritize. Some things are more important than others, and the site allows you to mark which questions are most important— and which answers are. This gives a lot of insight into behaviors or qualities most valued in a partner. In fact, it gives a good idea about what are down-right relationship dealbreakers. And you know what? I have to say the things people value restore my faith in humanity. Well, they restore my faith in humanity in everywhere that isn't Mississippi, but more on that below.

1. "Would you consider dating someone who has vocalized a strong negative bias toward a certain race of people?"

2. "Is interracial marriage a bad idea?"

Again, along the same lines as the first. But despite most people obviously wanting people to say "no", turns out 18 percent of people in Mississippi do think it's a bad idea. Seriously. Nearly one in five. Mississippi, what's going on?! For the record 97 percent of people in the U.S. overall were totally cool with interracial marriage.

3. "What’s your deal with harder drugs (stuff beyond pot)?"

Here the most important answer was "I never do drugs." It would be interesting to see how this would change if they included pot. But I can see how with harder drugs it would be difficult to be with someone who didn't use if you did and vice versa.

4. "How frequently do you bathe or shower?"

Most important answer? "At least once a day". Which means OkCupid may not be the place for me either. God bless Tinder. (For the record I shower a lot of days. Just not all of the days.)

More with the hygiene. Although this answer I agree with: "Twice or more a day" seems fair enough.

6. "Do you believe contraception is morally wrong?"

And we're back to the heavier stuff. Most people were looking for a "No" on this. Which makes sense, because this question could also be the "I want to have sex and not get pregnant, are you up for that?" or "I want to have sex for fun, yes please?" question. It's also obviously tied to religious beliefs, which I guess people would want to know about upfront. Interestingly, 13 percent of OkCupid users are atheist, compared to just three percent of the U.S. overall, according to their data.