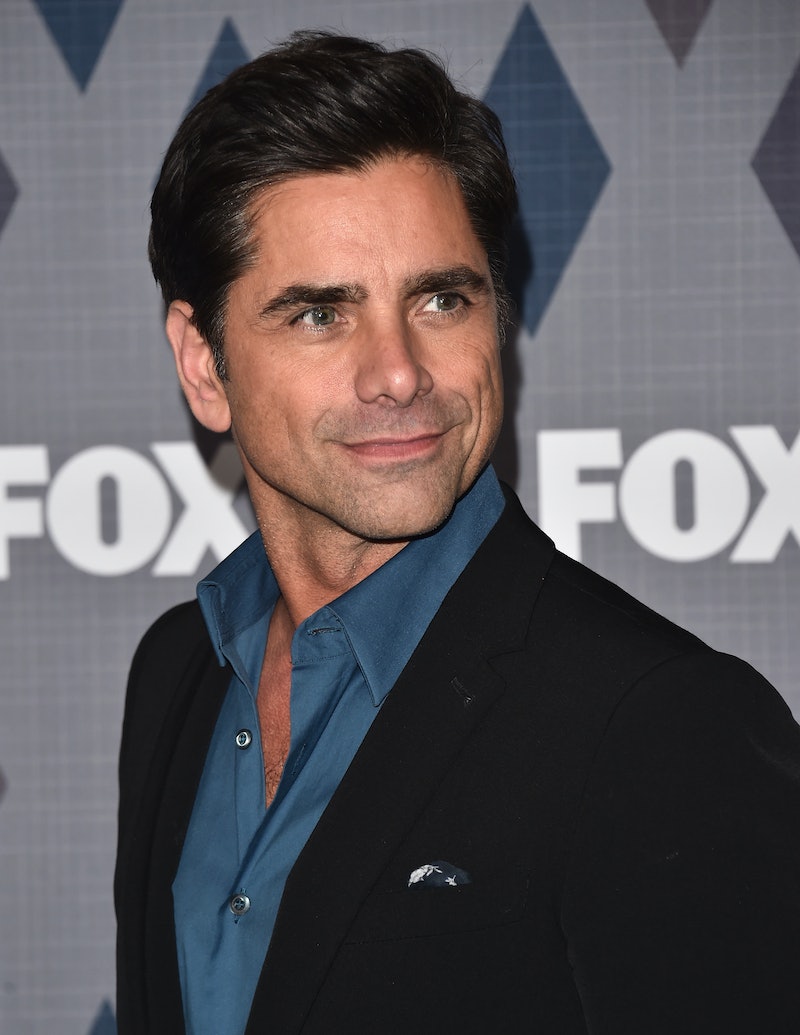 If you're like me, you're counting down the days to the premiere of Fuller House . At this point, it's only a month until Netflix makes every '90s kid's dreams come true by bringing back the Tanner bunch. Although let's be real, there will be a tinge of sadness that Mary-Kate and Ashley Olsen aren't reprising their role as Michelle Tanner. Sure, there's no bad blood between the Olsen twins and the cast, but it definitely still stings a little. To fill that void, it looks like John Stamos, aka Uncle Jesse, is hanging out with another pair of famous sisters. But not so fast, it's not what you think! On Saturday, Stamos spent the day in Disneyland and posed for photos with Frozen's Anna and Elsa.

From the looks of it, Stamos fits right in with these Frozen sisters. They've got a serious Charlie's Angels pose going on. I'd totally watch a spin-off where the Full House actor plays their musician-slash-uncle. Could you imagine? My heart would melt into an Olaf-sized puddle over an animated version of Jesse and the Rippers performing at the Arendelle castle. Can someone out there in TV-and-movie land make this Full House and Frozen mash-up happen? I'd pay good money to see that.

In the meantime, I suppose fans will have to settle for this snapshot from Stamos' Disney trip. This proves that just like everyone else, he's not too cool for the Frozen fandom. Years later and the movie still never gets old.

For anyone who's not as obsessed with this photo as I am, I only have one response about to your negativity:

(Yes, I went for the "Let It Go" reference like a true Frozen fan. What else would you expect?)