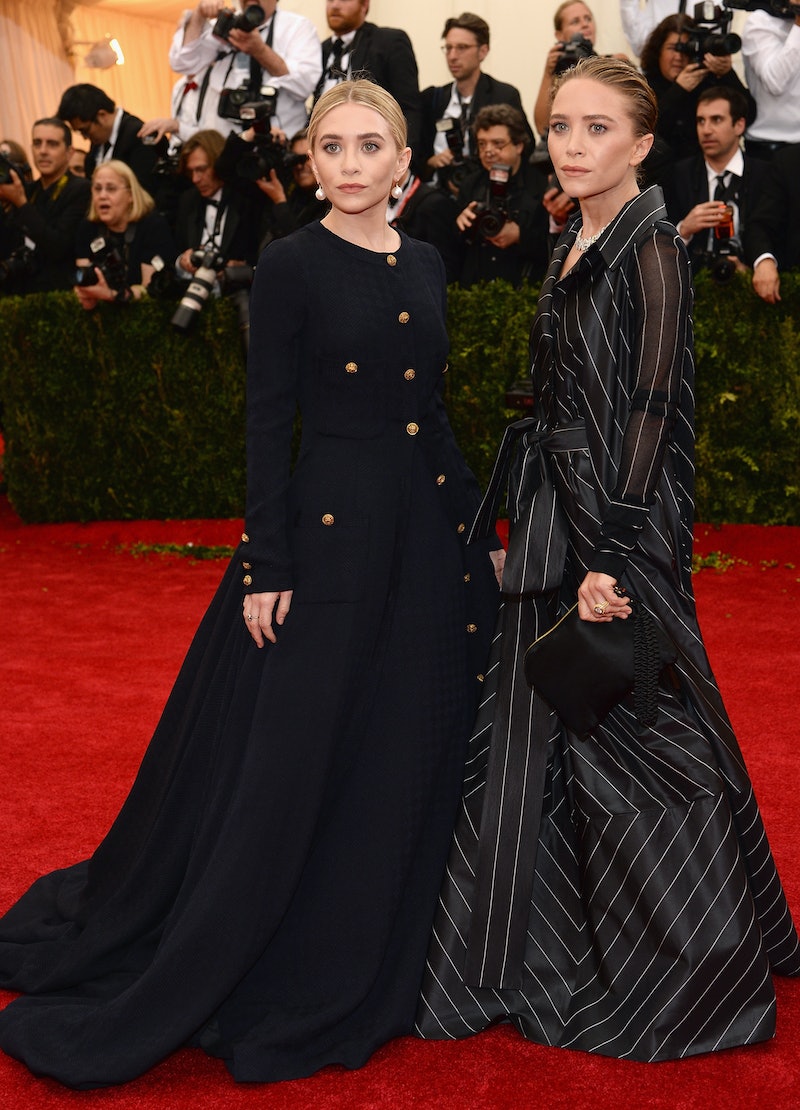 Now that it's 2016, the countdown to Netflix's Fuller House premiere can officially begin. All episodes of the highly anticipated spinoff will be available starting Feb. 26, which is less than two months away. Between the show's tear-inducing trailer and a goofy video of the Tanner sisters and Kimmy Gibbler dancing to "Watch Me (Whip/Nae Nae)," the excitement is definitely building. However, fans like myself can't help but feel disappointed that Michelle Tanner won't be returning. The long-standing debate of whether Mary-Kate and Ashley Olsen would reprise their role reached a conclusion thanks to Aunt Becky (aka Lori Loughlin) confirming that they unfortunately wouldn't even have a cameo. In a recent interview with Howard Stern, John Stamos cleared the air about the whole Olsen twins situation:

I think there was some confusion. They said first I didn't ask them. And I didn't personally, but I was told they were asked. So I had a knee-jerk reaction and said, "Bulls--t, I did ask them." And they got upset, so I did call and talked to Mary-Kate and explained what the show is going to be and told them I'd love for them to be on there and they decided not to, which I respect.

As far as the confusion, Stamos is referencing when he originally posted on social media about being "heartbroken" that the twins weren't participating in Fuller House. Last May, he wrote on Facebook that while he and other cast members were doing the show for the fans and didn't care about the money, "a few don't share the cast's opinion." It seemed like there was definitely some tension between him and the Olsens.

Although he felt that way then, when Stern suggested that the twins were too rich and famous now, Stamos had their back. He replied:

You'd have to ask them. They seemed … they were very, very sweet. They seemed very into it. They just were afraid of acting. They don't consider themselves actresses. I said maybe you guys will just be in New York and we'll do a phone call or something and they were like, "Let us think about it," and it just wasn't for them.

It's great to hear that there's no longer any beef between Uncle Jesse and Michelle (I mean ... Stamos and the Olsens). Honestly, it sounds like one big misunderstanding. The Olsens are just at a different place in their lives, and no longer want to act. While they'll always be two of my favorite stars, I respect their decision. Plus, it sounds like the series is covering their absence in the best possible way — they'll say that Michelle is off in NYC pursuing fashion. Considering how the twins won the Womenswear Designer of the Year award at the 2015 CFDA Fashion Awards, this sounds very appropriate.

Further squashing any hints of tension, Stamos posted a sweet photo last month congratulating Mary-Kate on her wedding to Olivier Sarkozy. While he wasn't invited to the wedding (Bob Saget, Candace Cameron Bure, and David Coulier weren't either), Stamos still wished his former TV niece all the best.

As a way to commemorate all of the good times between Michelle Tanner and Uncle Jesse and officially put any feuding rumors to rest, here's one of the best clips from Full House . Try not to shed a tear as Uncle J cheers up a heartbroken Michelle!

OK, I definitely wasn't strong enough for that. Here's an accurate representation of how I feel right now: